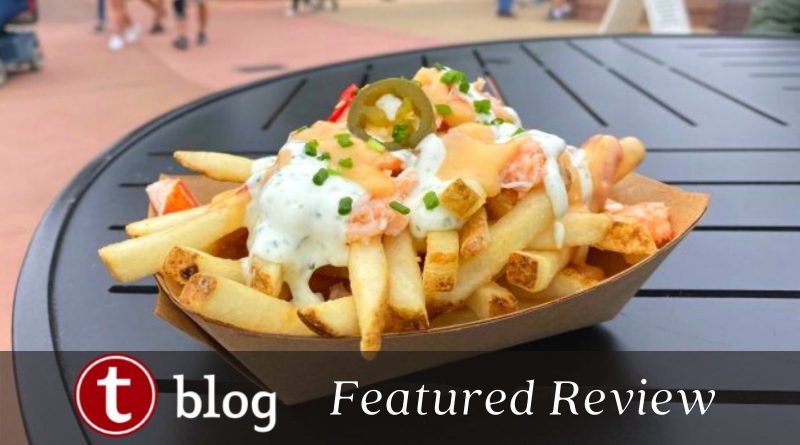 Poutine is a term that gets overused, especially at Walt Disney World. Much like the term concierge, just because you give it a fancy name does not make it so.  Such is the case with the new Lobster Poutine now available at EPCOT. Still, this new dish is worth a try if you’re looking to indulge in some lobster during your Walt Disney World vacation.

The Lobster Poutine became available at Refreshment Port right around the start of the International Festival of the Arts. The line up of toppings is impressive. Lobster, lobster bisque cheese sauce, pickled jalapeños, and citrus cream all top a bed of French fries.

The toppings are absolutely delectable. The lobster bisque cheese sauce is one of the best quick service culinary creations I’ve had at Walt Disney World in recent memory. It brings the heartiness and creaminess of lobster bisque into the indulgent form of cheese sauce. Then the citrus cream brightens up the dish, adding some zest. Another win! The pickled jalapeños are not that hot at all, and add a great zing, I wanted more.

My disappointment comes from the amount of the total toppings. Only the top few fries received the goods. All the fries on the bottom and to the side were completely dry. Even attempting to mix up the fries and toppings did not solve the issue.

I also prefer my poutine with thick cut fries. These tend to soak up the sauce or gravy. Their fluffier texture tends to pair with the toppings better. These fries were the standard quick service Disney fries, and did not do the toppings justice.

For $10.50 they are pricier than the poutine you can enjoy at The Daily Poutine at Disney Springs, which is better quality and truer to traditional poutine. In fact, later that same day I went to The Daily Poutine and ordered their seasonal Butter Chicken Poutine, and I ate every last bite.

If you are craving lobster then the Lobster Poutine here at EPCOT is a decent choice. It satisfied in that regard. It just didn’t do it for me in the poutine category, but I probably would have adored them if they were just called Lobster Fries. Diction can be a funny thing.

Are you a fan of poutine? Have you ever tried the poutine served at EPCOT? 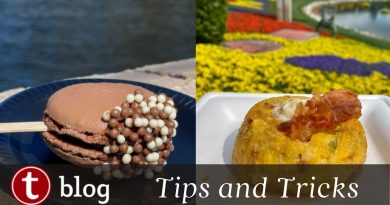 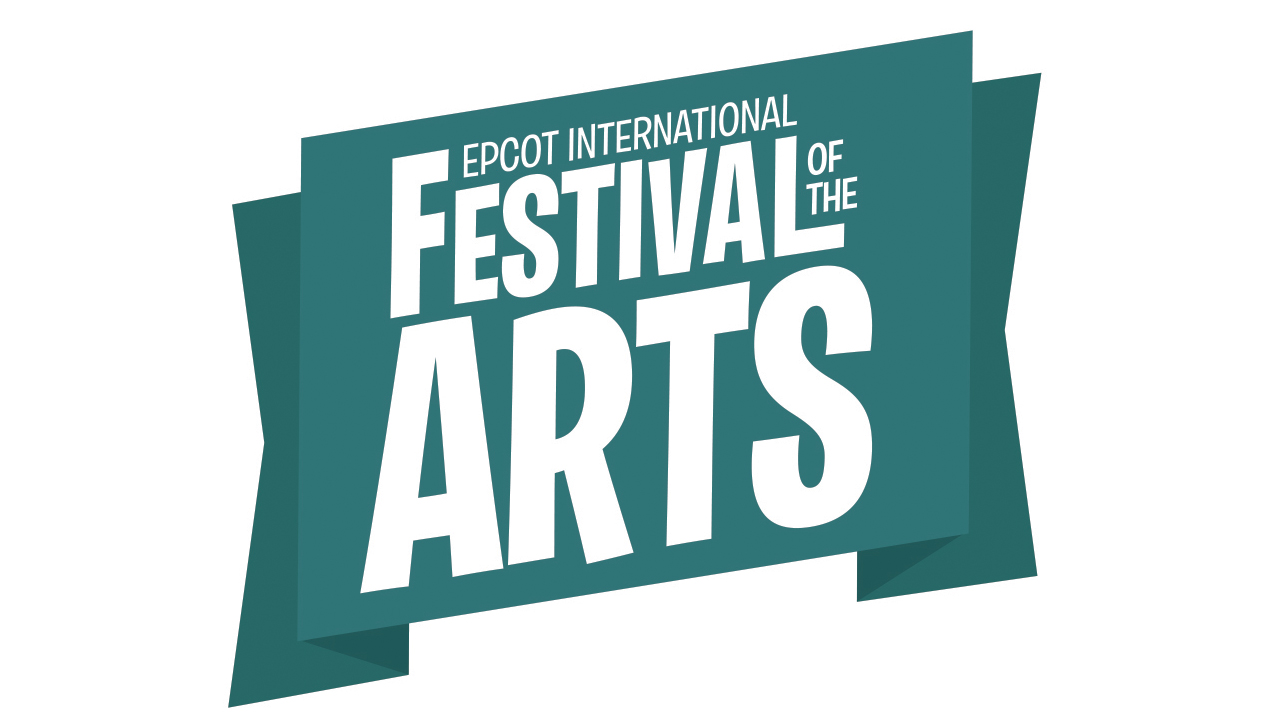 Details about the 2018 Epcot Festival of the Arts 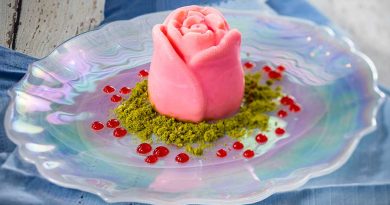 Full Menus for the Epcot Festival of the Arts