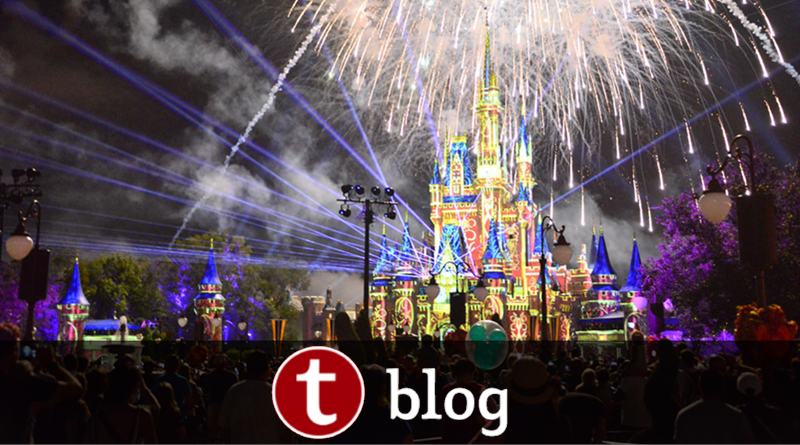 Today at D23’s Disney Parks, Experiences, and Products panel, there was an announcement that made me really excited.

JUST ANNOUNCED! Next year, the popular anthem “Happily Ever After” will play again when an updated nighttime spectacular returns to light up the skies over Cinderella Castle at @WaltDisneyWorld Resort in 2023. #D23Expo

Mr. D’Amaro didn’t say when in 2023, but there are two leading contenders – either in March, when Disney World’s 50th Anniversary celebration officially ends, or in October, which is the 100th Anniversary of the Walt Disney Company. To be fair, he also didn’t say whether Happily Ever After is coming back in its entirety, or if they’ll update Enchantment by adding some features and the theme song from Happily Ever After … but I know what I’m hoping for!

Why am I so thrilled to hear this news? Read on and find out.

Just a note before we get started: on August 22, 2022, a new introductory section highlighting the park’s history was added to Enchantment. There hasn’t been enough time yet for the internet (or TouringPlans survey respondents) to come to a consensus on that yet, so this article is based on the original version that debuted in 2021.

1. We Just Didn’t Get Enough Of It

Someone I work with once expressed annoyance that they would have to enter data by hand into a new software application we were using. When I asked what they had been doing until now they said: “Typing it into Microsoft Excel”.

Change is hard, especially when you move away from something well-loved. We had 14 years of Wishes, and there was a lot of moaning and groaning when it was replaced. But Happily Ever After was a great show, and quickly became beloved … until we got the news of its untimely demise only four years after its debut. For those of us who only visit the World every few years, it felt kind of like it only just got here, and then it was gone. 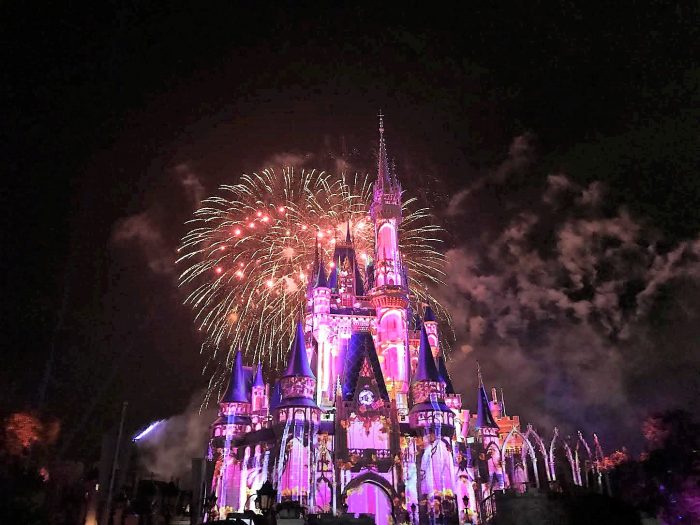 I don’t actually know whether Enchantment has more minor key arrangements than Happily Ever After does. (It has at least one: Night on Bald Mountain is in D minor.)  But I’m not alone; in many forum chats and blog reviews I found views similar to mine: that the music is more somber or dramatic and less upbeat.

You can make an argument that the tone is set at the very beginning of the show. Both shows open with songs that lean heavily on themes of believing in magic, opening yourself to fantasy and imagination, etc. Looking more closely, the first words spoken in HEA are “… and they all lived Happily Ever After”. It’s like reading the end of the book first, any tension that you might encounter can never leave you truly fearful because you know it’s all going to work out.

In contrast, here are the opening lyrics for Enchantment, which are the first words we hear:

I’m standing on my feet at the end of a looooong day where I woke up for rope drop and walked miles in the park, and you’re telling me I’m only close but I’m not there yet? I have to do more?

Don’t get me wrong, You Are the Magic is a terrific song and I really enjoy it. But as an opening salvo, it offers uncertainty and the beginning of Happily Ever After does not. First impressions count.

Another common theme in viewer commentary is that Happily Ever After has a story, and Enchantment is just kind of a random mishmosh. Let’s try to break this down.

Happily Ever After has six distinct sections leading up to the Finale.

Enchantment also has six distinct sections after the introductory song and before the finale.

I’m not sure I buy the argument that Enchantment has no story. Although the meaning of the Arrival (or perhaps camaraderie) segment is a bit blurry, the rest of the sections have a clearly defined focus. But I can certainly sign on to the idea that the progression in Enchantment is muddier. And having two sections of Enchantment representing hard times and adversity means it spends more time on darker moments that don’t have a feel-good vibe, which comes back to that bit about the mood.

4. It Would Be A Step Forward

Enchantment includes projections all along Main Street, and not just the focused projections on the castle. This might make you think that it’s a technical step forward, but in fact there is a lot of criticism about it being a technical step backward. The most frequent complaint is that Happily Ever After uses the castle structure as part of the art, whereas Enchantment simply uses it as a backdrop. Take a look at the side-by-side of two shots from Enchantment below.

In the left-hand panel, the existing shapes of the castle are used to frame Merida’s pose. On the right, Moana is projected onto the castle, and we can still see the castle structure through the image. Very few of the projections in Enchantment looked like Merida’s; far more were like Moana.

In contrast, Happily Ever After shows us what’s technically possible using the same spaces on the castle. Enchantment is the later show, and could have executed the beautiful projection below that compensates for the three-dimensional features of the castle to make the surface appear flat. It just … didn’t. 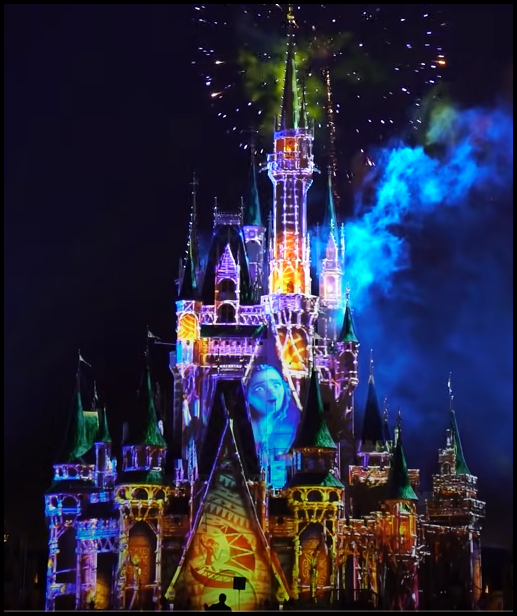 If that didn’t convince you, take a look at how the castle turrets are used during an Aladdin section from Happily Ever After below. There is absolutely nothing remotely like this in Enchantment.

It’s been noted that despite being about 3-4 minutes shorter, Enchantment has more fireworks than Happily Ever After. Maybe it’s because the better projections of HEA allowed it to use less while still wowing the audience.

Most of the arguments above have compared the two shows. Reality is that many people will see only one. Disney World is expensive, and plenty of families make a one-and-done trip when their kids are of the appropriate age. It’s hard to go wrong with fireworks in the sky and beautiful projected light shows on a castle, and both shows score 4+ on our survey. But that survey data does show significant differences in audience rating. The charts below are broken out by age, and show the percentage of each group that gave a specific rating to each of the two shows.

It’s important to call out what these charts don’t show – they don’t show that, say, 10% of the people who gave a 5 to Happily Ever After only gave a 4 to Enchantment. Not only couldn’t they show that because it’s not the same group of people giving ratings in each chart, but some people actually like Enchantment better. I have empirical evidence of this, because some of them are in my own family.

What they do show is that over most age groups, 80% of viewers gave the highest possible rating to Happily Ever After, but only about 60% of viewers gave this mark to Enchantment. We can discuss subjective aspects like musical tone, story, and technical wow factor all day long, but that chart is cold, hard data and it’s difficult to argue with it.