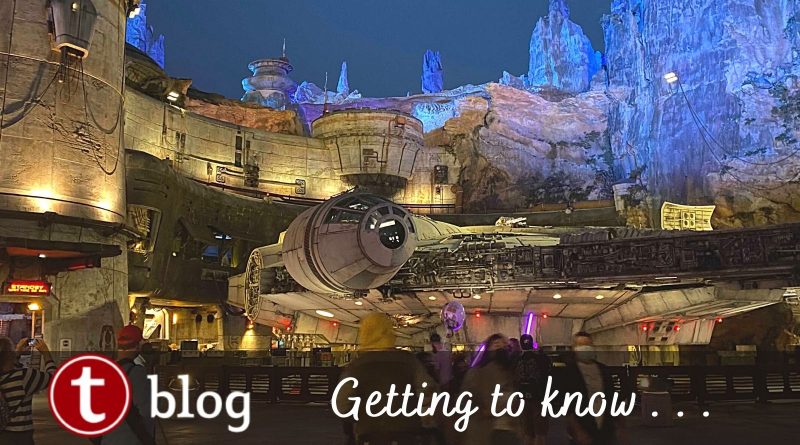 For many guests, the focus of Star Wars: Galaxy’s Edge is usually Rise of the Resistance. But there is so much to love about this immersive land. And sometimes in the rush to do all the things, the most beautiful time in this land is overlooked: nighttime.

Beyond two thrilling, but not too thrilling, attractions, there’s unique food and beverage, an interactive game, interactive shopping experiences, character interactions, and more. Star Wars: Galaxy’s Edge continues the evolution of theme park immersion. It is incredibly detailed. Star Wars fans will feel at home, even though the land is based on the newer Star Wars timeline. And even those that aren’t fans are sure to be impressed by all the elements orchestrated to pull off this thematic experience.

Here are my 5 reasons to visit Star Wars: Galaxy’s Edge at night:

Most guests clamor to Star Wars: Galaxy’s Edge first thing in the morning, and again at 1:00 p.m. for the second Boarding Group distribution. This leaves nighttime less busy. The last hour of operations is especially quiet and lovely.

There’s also special nighttime sounds that are immersive, and the perfect balance between relaxing and mysterious. I don’t get to visit Batuu at night very often, but each time I do I fall in love with the nighttime sounds all over again. There’s chittering of cricket-like creatures and other sounds of the neighboring forest, and the occasional space craft zooms by.

A popular pastime for Star Wars fans is to bring lightsabers into Galaxy’s Edge at night and pose in front of the Millennium Falcon. Whether you’re a big fan or not, it is a cool sight to see. Also, as a big Star Wars fan, I just love the light panels at each doorway, just like in the movies. These are fairly visible at day, but at night of course these panels stand out even more, giving that authentic Star Wars universe feel.

Which do you prefer, Star Wars: Galaxy’s Edge in the day or at night?

One thought on “5 Reasons to Visit Star Wars: Galaxy’s Edge at Night”