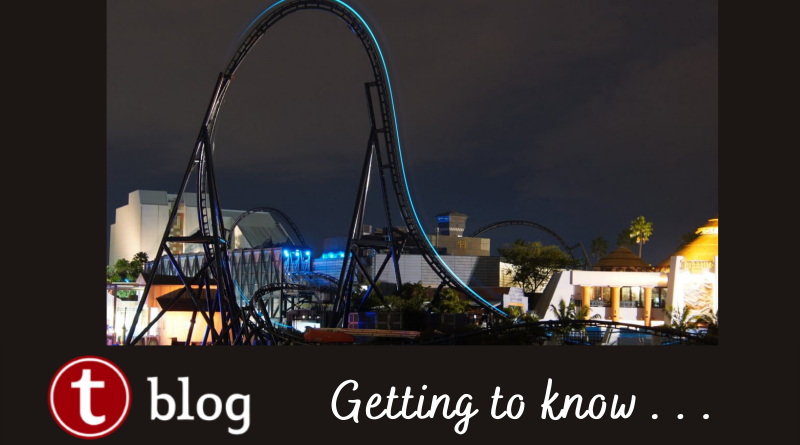 The news is out and Orlando’s hottest new attraction, the Jurassic World VelociCoaster, is opening June 10, 2021! Everyone is talking about this new coaster with its striking layout, beautiful landscaping and rockwork, and incredible thrills. In this article, we will cover 5 things you must know about the VelociCoaster.

P.S. – Have you planned your trip to ride this new coaster yet? Get a free quote from the TouringPlans Travel Agency today!

1. Yes, The Vehicles Only Have Lapbars

VelociCoaster features two launches reaching up to 70 mph, plus four inversions, twelve seconds of air time, and a huge 155-foot tall top-hat element. But unlike Rock’n’Roller Coaster or The Incredible Hulk, which feature over-the-shoulder restraints (OSTRs), on this coaster guests are held in with only a lapbar. This provides guests with a feeling of openness and removes the dreaded “headbanging” OSTRs cause.

Do not worry, these restraints are safe and are used on other inverting coaters like Flight of Fear at Kings Island, Tiaga at Linnanmäki, and Steel Vengeance at Cedar Point. Due to how the seats and restraints are designed some guests with larger proportions, such as a waist larger than 40 inches, might not be able to ride. A test seat is available outside the attraction.

2. Features Stars from the Films

Chris Pratt, Bryce Dallas Howard, and BD Wong will appear in the queue reprising their film roles. BD Wong’s Dr. Henry Wu introduces us to the technology that will allow us to run free with the raptors, Howard’s Claire Dearing will assure us all safety precautions have been taken, while Pratt’s Owen Grady is more skeptical for our safety.

Of course, what would Jurassic World be without dinosaurs? The film’s star velociraptors, Blue, Charlie, Delta, and Echo, are featured. Guests will find animated velociraptors in the queue, as seen above, along with figures of the raptors in their paddock on the ride.

When Jurassic Park The Ride closed in Universal Studios Hollywood, fans wondered what would happen in Orlando. Now we know Jurassic Park and Jurassic World will co-exist at the same time inside the park. Jurassic Park River Adventure remains with John Hammond with the classic khaki and red – VelociCoaster will include Owen Grady and the movie’s slick dark grey and blue color scheme.

4. The Entrance is on the Islands of Adventure Lagoon Front

All of Islands of Adventure’s attractions are accessible from the main walkway circling the park, but VelociCoaster will switch things up by utilizing the lagoon front of Jurassic Park as its entrance.

The quickest way to the new attraction will be to hug the right-hand side of the lagoon and work your way through Seuss Landing and into Lost Continent. Proceed left before Fire Eaters Grill and walk across a large wooden bridge. From here follow Team Members and signage to the entrance of the attraction.

If you missed the bridge do not worry, additional signage in Jurassic Park will direct guests towards the waterfront and the attraction.

5. All Items Must Go Into a Locker

Just like The Incredible Hulk Coaster and Hollywood Rip Ride Rockit, all loose items must go into a locker. This includes, but is not limited to, bags, souvenir cups, wands, cell phones, wallets, keys, and more. (You can keep your glasses and park admission with you.)

Large single-use paid lockers are located in the Jurassic Park Discovery Center while small, free single-use lockers will be available in the attraction’s queue prior to boarding. Read our article covering Universal lockers for more information.

Are you ready to brave the raptor pen on your next trip? What are your favorite parts of this new coaster? Leave your thoughts in the comments below!