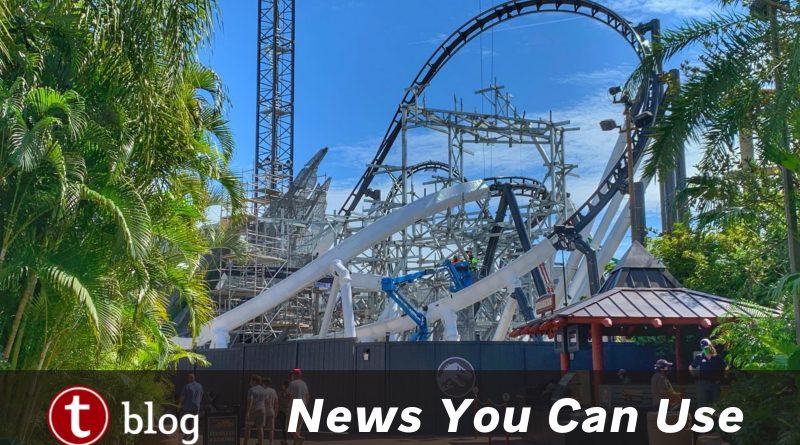 Quietly, like a raptor pack stalking its prey, Universal announced the Jurassic World VelociCoaster opening at Universal’s Islands of Adventure in Summer 2021. From their website:

For those brave enough to visit the raptor paddock, you may be able to carefully approach one of these deadly predators. Then feel the rush of the hunt as you race through the jungle alongside raptors on the Jurassic World VelociCoaster, a new species of roller coaster coming Summer 2021.

The VelociCoaster will launch guests into a velociraptor paddock as they weave in and out of the foliage, rocks, and hungry raptors. Guests will then make a quick escape out of the enclosure as they perform ariel maneuvers in front of the Jurassic Park section of Islands of Adventure. Universal Orlando provided some additional statistics for the ride:

Highest track in the unannounced Jurassic Park roller coaster. Note underneath it are cars in a white covering. These cars are being moved in a passage and clearance test. Securely held here, as the boom crane adjusts to a new location for next car movement. pic.twitter.com/BhJQyvELfW

Are you excited about the VelociCoaster? Leave your thoughts and reactions in the comments below!