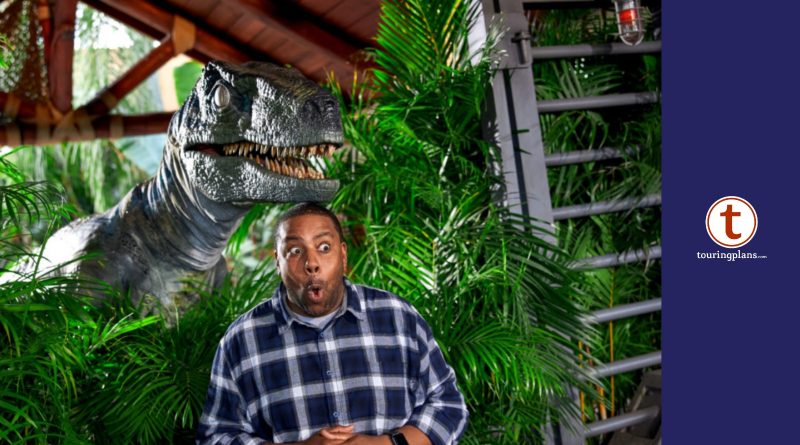 Universal’s new attraction opens soon, a new advertising campaign launches, new ticket discounts are available, and more information is in this month’s Around the Universe.

Universal Parks & Resorts are showing guests how much there is to Woah at Universal. The new bilingual marketing campaign stars Kenan Thompson (Saturday Night Live, Kenan & Kel) and Arturo Castro (Alternation with Arturo Castro) as they show us how to break out of daily life and learn how to Woah. Attractions featured include the Universal Studio Tour at Universal Studios Hollywood, Hagrid’s Magical Creature Motorbike Adventure at Island of Adventure, and Volcano Bay.

“Universal’s theme parks hold a special place in my heart and it’s amazing to see how much they’ve grown since I worked here as a teenager. And now to be part of a campaign for one of my favorite experiences in life…It’s almost like someone asking you if they can provide you an awesome time – of course, I say ‘bring it on!’,” says Kenan Thompson.

We are quickly approaching the opening of The Bourne Stuntacular in Universal Studios Florida. This week the exit gift shop reopened with a sleek, modern design which will mimic the show’s aesthetic. New t-shirts, hoodies, and water bottles emblazoned with Bourne are now offered along with the Universal Monsters merchandise offered previously.

The Bourne Stuntacular opens Spring 2020. With the exit shop open we expect Team Member and guest previews to start within the next few weeks.

The following attractions are closed for scheduled refurbishment and maintenance.