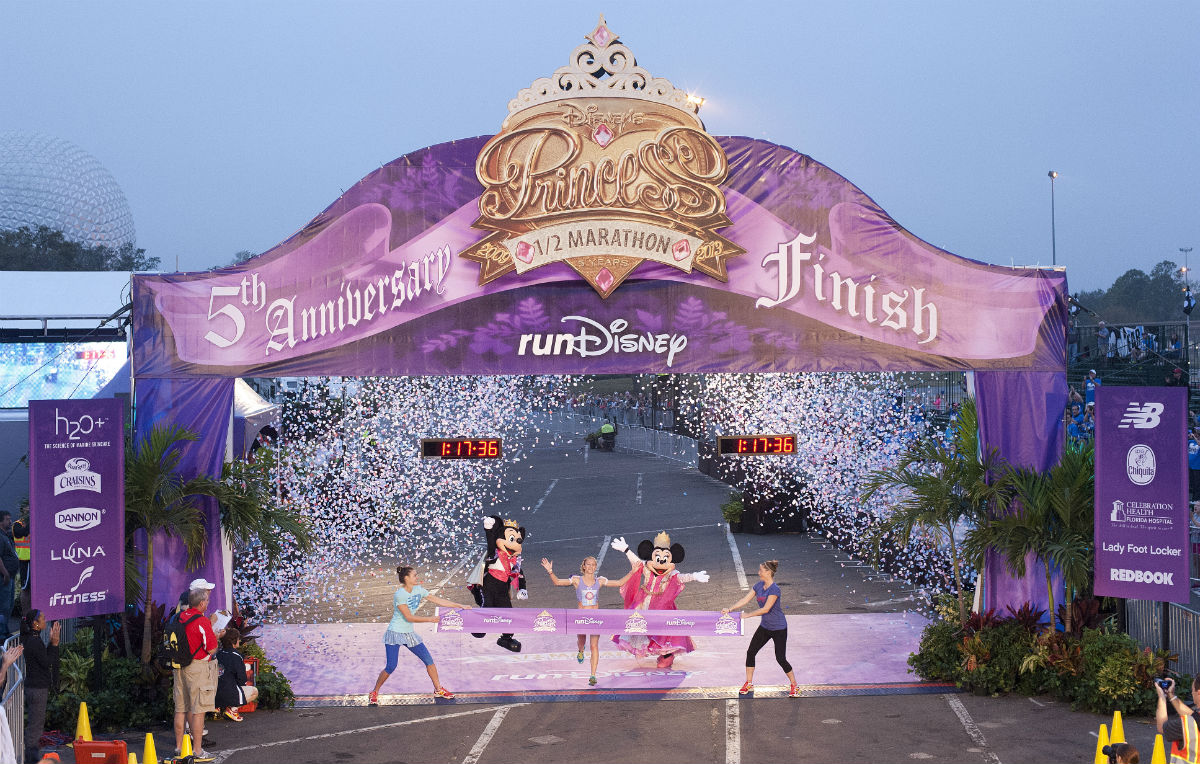 It’s Wednesday, and we’re crossing the finish line of another Ask It!

This week we asked you:

Which Walt Disney World runDisney weekend of events is your favorite?

With more than 250 votes, one weekend ran away from the rest. Here’s your finishers, in order from least to greatest. Coming right on the heels of the January marathon weekend (both chronologically and in your votes), the Princess weekend includes the Princess 5K, Enchanted 10K, Princess Half Marathon, Fairy Tale Challenge (10K + Half Marathon, formerly Glass Slipper challenge), and Kid’s Races. At one Expo, I overheard a runner say that Princess Weekend is like January’s Marathon Weekend, but with no Marathon and more Pink. (Ouch.) Nevertheless, if you’re only going to do one early-in-the-year runDisney race at Walt Disney World, you’re probably going to go for January’s Marathon Weekend for the sheer scope and size of the event instead of Princess Weekend, even if the weather is a bit more predictable.

This is where it all began and, for many people, ends up being the ultimate runDisney experience. There is something for everyone, each with its own character theme. There’s a 5K (Pluto), 10K (Minnie), Half Marathon (Donald), Marathon (Mickey), Race-and-a-Half Challenge (Half Marathon + Full Marathon, Goofy), and the ultimate do-all-the-races Dopey. (And, if you’re up early to cheer for these, you can always give yourself an honorary Sleepy or Grumpy, depending on your mood.) There’s also the Kid’s Races, proving that running is a sport for the whole family. In some ways, Marathon Weekend is a victim of its own success in terms of popularity. It’s possible to spend an insane amount of money registering for all those races and the crowds for each race are huge. Add to that, the weather in January can be highly unpredictable–with temperatures near 80 or with freezing rain. One of the best parts of Marathon Weekend is the creativity of the costumes that you see. They are probably the most creative ones you’ll see all year. In some ways, this weekend is still trying to find its groove. The course has changed over the years, and it is now a daytime race instead of a nighttime one. Originally, the 5K was the Jingle Jungle 5K and then the Mickey Holiday 5K, and now it is the Fall Feast 5K. What’s unique about the 5K is that, unlike most other 5Ks, this one is run at Animal Kingdom instead of Epcot. The Wine & Dine 10K (which I expect will also go through a name change at some point) is offered, as well as the Two Course Challenge (10K + Half Marathon) and the Kid’s Races. But the real cornerstone of the event is the Wine & Dine Half Marathon–especially for the after-hours party in Epcot. Part of the fun of the nighttime race was knowing that you were headed into a party at Epcot at the end. Logistics ended up dooming this event, with long lines and large crowds. The after party is still there, but you have a day to rest and recover between the race and the after party. It is truly the after party that makes this event popular.

Star Wars: The Dark Side Weekend For every person out there who says they are sick of Star Wars, you’ll find a dozen other people saying “Star Wars? Where do I sign up?” Knowing this, Disney has created not one but two Star Wars race weekends–one for each coast. At Walt Disney World, it’s the Dark Side that takes center stage.  It’s got the usual slate of races: Kid’s Races, 5K, 10K, Half Marathon, and Dark Side Challenge (10K + Half Marathon), but with Star Wars. Having done the inaugural year, there is something about running a race to a John Williams’ score. Having screens on the course playing the movies brought a smile to everyone’s face as they shouted out favorite lines of dialogue as they ran by. There were some awesome meet and greets, if you didn’t mind the long lines, like a picture with R2D2. It’s still new and exciting, and if you’re a Star Wars fan, it still feels like it is a race weekend that is worth it to pay the fees to participate in.

So there you have it — this week’s winners. After all that running around, it’s time for something a bit more relaxing. With more information making the rounds about the Na’vi River Journey boat ride coming to Pandora at Animal Kingdom, I got thinking about how much I love boat rides at Disney. So this week’s question is:

The poll is live on Twitter, or you can vote on Facebook or here in the comments.  See you next week!