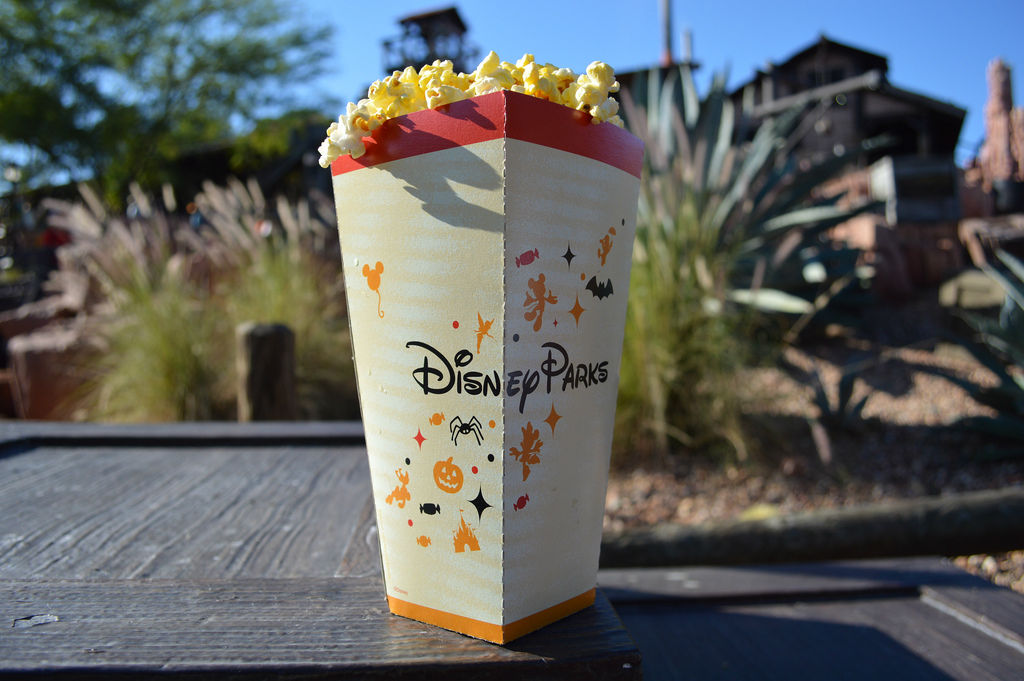 It’s Wednesday again, and time for another Ask It.

Which do you think is the iconic Disney Parks snack?

There was much discussion of what makes a snack iconic. There were many people bemoaning not being able to have any one of those for a mid-afternoon snack. But in the end, one snack rose above the rest to claim the title of iconic Disney Parks snack. With more than 1,000 votes, here’s your choices, from least to greatest. What really hurt good ol’ popcorn’s chances is that you can get popcorn anywhere. Movie theaters, sporting events, the next cubicle over (even if your co-worker has burnt it again). And although I stay neutral and don’t put in a formal vote, if I did vote, popcorn would be my choice. Why? There’s something about the smell of it on Main Street USA. The popcorn cart is almost its own attraction. It’s visual, too. Watching a handful of kernels pop before your eyes is fascinating. And with a huge variety of popcorn buckets and boxes that change with the seasons, plus specialty popcorn buckets for specific locations, it is one of the only snacks that can also provide you with a souvenir from your trip. There’s certainly many items that bring out the Land vs World dichotomy. Pirates of the Caribbean vs Pirates of the Caribbean. Sleeping Beauty Castle vs Cinderella Castle. Tower of Terror vs…. a giant pipe organ, I’m thinking? But when it comes to food, I was truly surprised by how much people at Disneyland love their churros, because it just isn’t much of a deal at Walt Disney World. Sure, people at Walt Disney World eat them, but you do have to go looking for them. At Disneyland, it seemed that every ride ended up dropping you near a churro stand. Nevertheless, they are tasty and you can’t go wrong with fried dough no matter which coast you are visiting. In the past, aside from booking a plane trip to the Aloha State, Disney parks were the only place to get this non-dairy pineapple confection. These days, you can find a Dole Whip (or an off-brand”pineapple soft serve”) at many places throughout the country. Growing up as a Walt Disney World gal, and having it firmly rooted in my head that there is no eating, drinking, smoking, or flash photography in any attraction anywhere, when I visited Disneyland for the first time and found that you not only could take a Dole Whip into the Enchanted Tiki Room, but were encouraged to do so, I almost collapsed. I immediately bought one and brought it inside for the show, but was so terrified that even though it was clearly okay that I was committing some sort of cardinal sin, I couldn’t eat it until I got outside. I will admit that I have eaten a Dole Whip for breakfast before, though. There’s just something about it that makes it difficult to pass by, so it is no surprise it did so well on the survey, whether you prefer a Dole Whip or a Dole Whip float. For many people voting for the Mickey Bar, it was the use of the word “iconic” that sealed the deal. Although many people said that they would personally rather eat one of the other snacks, the Mickey shape was their definition of iconic. If the internet is to be believed, more than three million Mickey Bars are sold every year at Walt Disney World. Even though detractors say “it’s just an ice cream bar”, somehow putting it in that Mickey shape makes it somehow more magical. With more than half of all the votes, the Mickey Bar is your iconic Disney Parks snack.

Next week’s question and poll is live now here.

In the meantime, share your views about this poll in the comments.

8 thoughts on “Ask It Results: Most Iconic Disney Parks Snack”