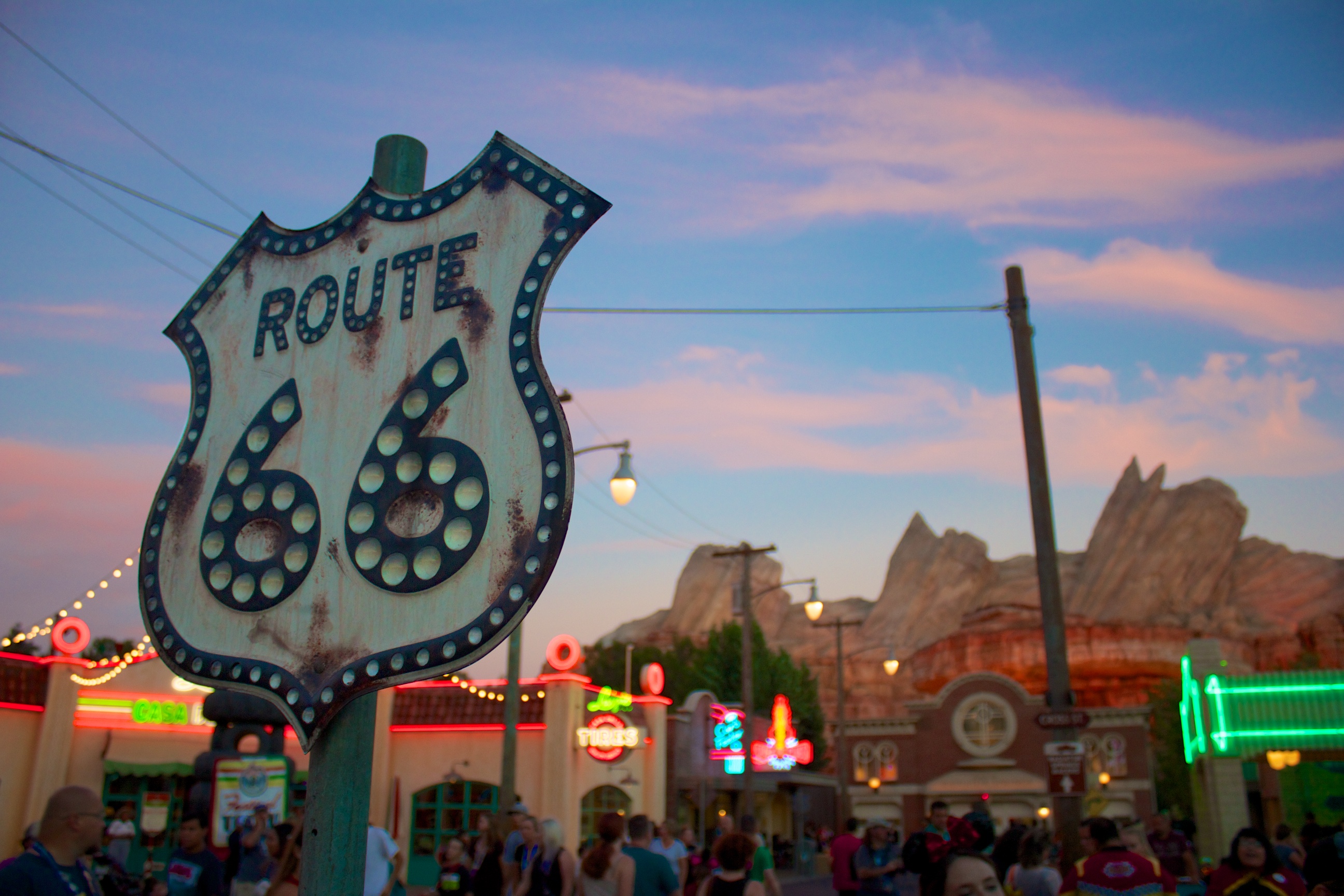 This is the final area music blog for AtMousePhere! If you’ve been wondering what’s next, we are going to start covering the music of some of the specific attractions of Walt Disney World and Disneyland. If you have any recommendations on where to start, comment below!

If you haven’t read Part 1 of the Disney California Adventure AtMousePhere, we covered the music of Buena Vista Street, Hollywood Land, A Bug’s Land, and Pacific Wharf. Today we cover the final lands, exploring the music of the current incarnations of Grizzly Peak (and the Airfield), Paradise Pier (and Park), and Cars Land! Grizzly Peak Airfield’s music is very sweeping and large. It’s music you’d want to have at your disposal when looking over a land like Yellowstone, Yosemite, or the Grand Canyon.

Not all of the music you’ll hear here is soundtrack-based. Quite a few of the pieces are strict compositions. For example, composer Tim Janis’ album American Horizons provides fodder for at least three pieces, including “The Rocky Mountains,” “Hillside Meadow,” and “Summer’s Glory.” Two other Janis albums can also be heard: A Quiet Shore and Coastal America. Patrick Doyle has also contributed music from his album Impressions of America like “The Great Plains.”

Movie soundtracks that can be heard here include “The Patriot” from The Patriot, “The Wave” and “Opening” from Angels in the Outfield, “Leaving Birch Ridge” from Iron Will, and the Dragonheart Album Finale. There’s even some Disney Fairy music – the “Fairy Dusted Festival” from The Pirate Fairy.

Over in Grizzly Peak, the music is much more laid back, and consists of a lot of acoustic guitar. If Frontierland had been built today, this would be the kind of music heard there. Some of the music includes “Whistlin’ Rufus” by Dan Crary, “Goat Island” by John Renbourn, “Opportunity” by T.J. Baden, “Taylor Willobee” by Rodney Crowell, and “The Claw” (no, not that Claw, little Toy Story aliens) by Clint Black. Like Grizzly Peak, this area is split into two kinds of music, as well. By the rides and carnival games (Paradise Pier), the music is kind of a combination of the music of Buena Vista Street. This is a stark change to the former loop, which consisted of songs reinvented into a calliope sound.

Some people have complained that this music is too similar to the land I referenced above. I would agree with that sentiment. However, the whole area is supposed to be reminiscent of a Victorian boardwalk theme park, so the music does reflect that.

Near the World of Color viewing area and stretching over to the Silly Symphony Swings is what is known as Paradise Park. (This is my favorite area of all of DCA!) The music is generally more laid back, with a bit of a swing. This is perfect for strolling around, which is what most people do around that area when they aren’t waiting for World of Color.

If any music was going to be reminiscent of Main Street U.S.A., this is the area for sure. If you put the two area loops back-to-back, I’m sure you’d be hard-pressed to find out when one loop stopped and the other one started.

Here is a list of some of the songs heard: Disney was very transparent with the music of Cars Land when it opened in 2012. They released a limited edition soundtrack with 13 of the songs that can be heard in that area, including the music heard on the Radiator Springs Racers attraction.

However, this is definitely not all the music heard in the area! Songs change depending on where you are. Near Flo’s V8 Cafe, for example, the music consists of the Motown sound, with songs by Diana Ross and the Supremes, The Chiffons, Aretha Franklin, The Crystals, and Kim Weston.

Near Luigi’s Rollickin’ Roadsters (formerly Luigi’s Flying Tires) you’ll hear music that will remind people of Italy, by the likes of Dean Martin, Perry Como, Louis Prima, Sophia Loren, and Rosemary Clooney. Some of it is Italian, and some of it simply has a flair that reflects the Italian atmosphere.

Ramone’s shop uses songs from War, Ritchie Valens, and Sam the Sham and the Pharoahs.

Over on the main drag of Route 66 we find the brunt of the Cars Land music. Most of these songs were originally recorded in the 1940s, 1950s, and 1960s and revolve around cars, the open road, and vacations. The two most famous songs from this area are definitely “Route 66” by Chuck Berry and “Sh-Boom (Life Could Be a Dream)” by the Chords. (The latter piece is always played when Cars Land turns on all its neon lights at dusk.)

If you want a giant, exhausting track listing from all of Cars Land, you can visit this blog by Mouse Troop. They even include all the songs near Mater’s Junkyard Jamboree, which is just a bunch of original songs sung by Larry the Cable Guy.

And with that, we’ve covered every single Disney land in the United States! From Main Street U.S.A. and Innoventions to Critter Country and Paradise Pier, the AtMousePhere has been recovered through hours and hours of research and clarification.

I hope you’ve enjoyed the ride; I know I have!

For requests for future AtMousePhere articles, please comment below. Let me know your favorite area music loop from the ones that have been covered in AtMousePhere. And if anything changes, please let me know. I would love to be able to update the articles with current music tracks!