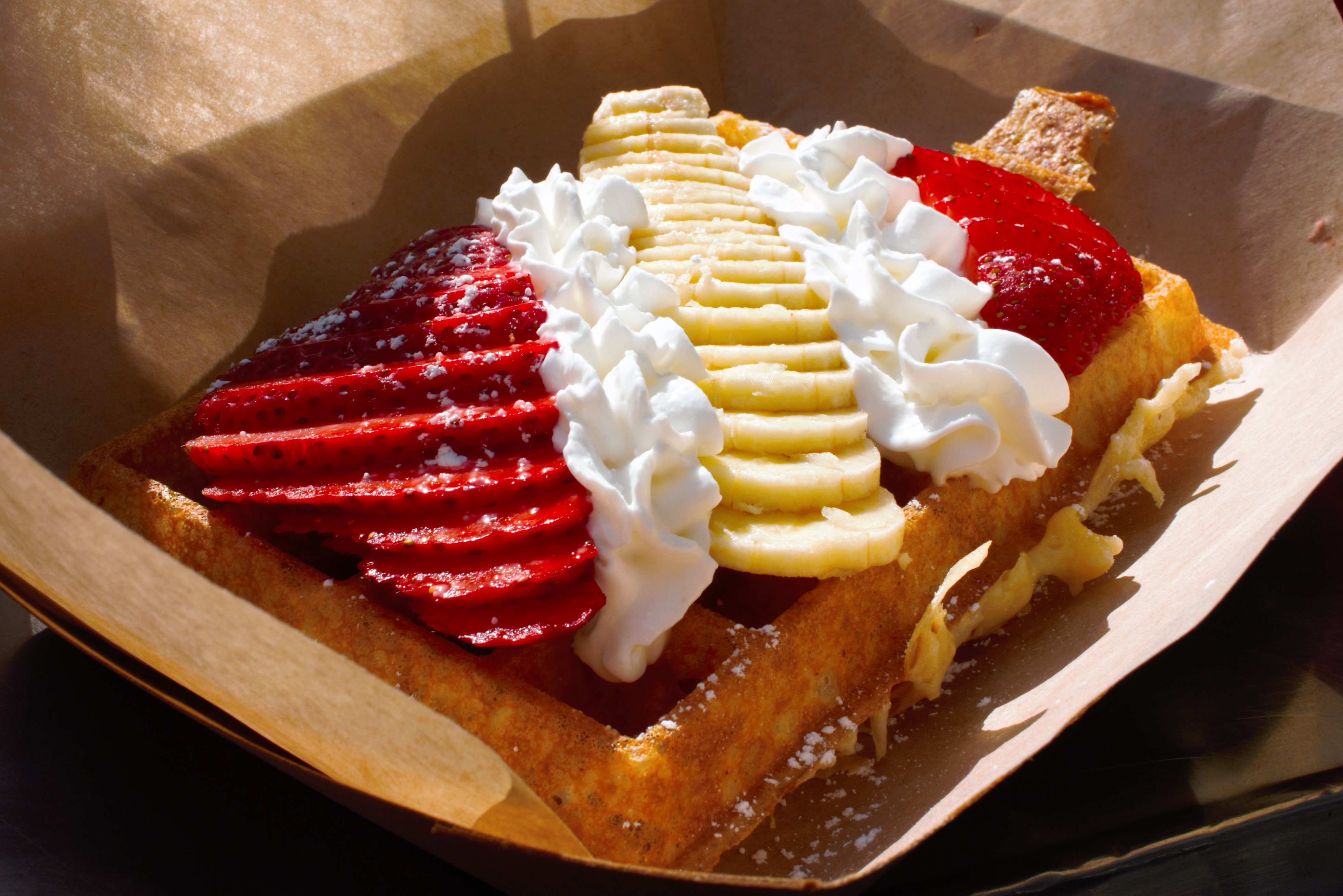 The concept of “fast casual” dining is certainly not new–basically fast food, but theoretically higher quality. However, I had not been aware of fast casual restaurants until recently. I think the combination of the catchy name for the concept and the growth of these types of places has combined to make them so hot right now.

On my last research trip to Washington, D.C. I decided to try a few of the many fast casual restaurants in the city. The idea is perfect for the touring family: fast meals, good quality, lower cost. Here are the four that we sampled:

I will add a caveat here that I am not a food critic, nor did I take nearly enough photos of these places. Therefore, I am only doing a brief overview of each establishment. In the very near future we will begin running more in-depth dining reviews–let us know if you have any requests. District Taco is a small, local chain that specializes in…wait for it…you’ll be shocked…tacos! They have locations in Washington at Dupont Circle, Eastern Market, and Metro Center and in Virginia at N. Arlington, Alexandria, Dunn Lorig, and Rosslyn. We visited the one in Rosslyn, the section of Arlington, VA nearest D.C., because that is where our hotel was. District Taco reminds me of a cross between a southern California taco shop and Chipotle; it’s basic tacos, but customizable. You can select your type of shell, meat, and toppings.

The tacos I tried were the chorizo (pictured, with cilantro, sour cream, and veggies), carne asada, and pollo asado. Each was good, but not great. The quality of the ingredients was high, but I could tell that the protiens were sitting around for a little bit. That said, I still enjoyed them.

The tacos cost $3 each, and there are a few ways to increase the price–$0.75 extra for carnitas or any premium topping including bacon and guacamole. My 3 tacos and a water brought the price to around $12 with tax. That is certainly an acceptable price for what was an acceptable meal. I can’t necessarily say that you absolutely have to try District Taco, but I’ll eat there again.

You know those toasters that hotels have at their continental breakfast? The ones that are basically a metal conveyor belt under a heater? Well, that’s the central idea behind &pizza. You can either choose from a handful of pre-created pizza combos or create your own mixture from dozens of toppings. The pizza professionals pile them on top of the long, rectangular crust, then place the whole thing into the conveyor belt oven. About 5 minutes later you’ve got your personal pizza.

Much like District Taco above, &pizza is likely a place I will revisit, but not so fantastic that I’m about to rave. The toppings seemed fresh, and I like that they add certain things (basil, goat cheese, balsamic, etc.) after the oven so that they stay flavorful. That said, the pizza itself was just okay–much more of a flatbread than a pizza. It was certainly not bad tasting and plenty of food, but not something I’ll necessarily travel to find. Luckily, they’re easy to wander by since there are 19 locations in Pennsylvania, Maryland, D.C., and Virginia. I’m kind of running out of stuff to say about this, which actually says a lot. The pizza is fine and the place is clean, but I don’t think it helps that it’s very sparse and industrial looking either. It’s quick, it’s pretty good, and the price is reasonable (about $8 for my multi-topping pizza), but it’s not mindblowing food and the the atmosphere isn’t exactly cheery. You won’t regret the meal, but it’s not the type of place you’re going to be raving to your friends about.

Every one of these food posts I write has a star and Nando’s is the star here. This is the largest chain with 25 restaurants around D.C. and 6 in the Chicago area. The one we visited–7th St, near the Verizon Center in Washington–was the first. At it’s heart, this is a restaurant that serves chicken (and salads and other things) for about $8-$14, but this is some pretty darn good chicken.

The founder of the restaurant was blown away by a Portuguese restaurant in South Africa, and decided to bring that style (and its Peri-Peri sauce) to D.C. The restaurant itself is an odd combination of fast food and sit-down dining–you might say it’s the definition of “fast casual” (or not, whatever). You are seated at a table with a number, but order at a counter. Your food is then delivered to your table.

I didn’t take a picture of my sandwich, which was a Chicken “Burger” with a slice of pineapple and cheddar, because I ate it really fast. It was very good chicken–juicy, tender, and not overcooked–and came with corn on the cob and mashed potatoes for $12.65. Nando’s also has an alcohol licence, so you can grab a beer (and I did). Unlike the two above this, I will absolutely seek this spot out on future visits and my wife said it was the best place we ate the entire trip.

You’ll never guess what Wicked Waffle sells. That’s right…hummus! No, of course it’s waffles. Of the four places I’ve discussed here, this is the smallest chain (2 locations, one on I St in D.C., one in Bethesda, MD) with the most focused menu. That does not mean, however, that the menu is simple. They serve waffle sandwiches, savory waffles, sweet waffles…lots of waffles.

The D.C. location that we visited is very small with almost no seating–just a few stools inside and a few tables out–and it had quite a few people passing through. We were there around breakfast time, so we went with sweet waffles. My wife and kids each got the strawberry-banana and I went with a simple Nutella. The prices were a little steep for such a simple food–most are around $10-$14–but they are some good waffles.

The waffles were incredibly light and crispy and the fruit on top was fresh. I Street is a little out of the way for many tourists, but if you’re in the neighborhood it’s a good option. Not sure if I’ll seek Wicked Waffle out again…it probably depends on whether I’m craving a waffle.