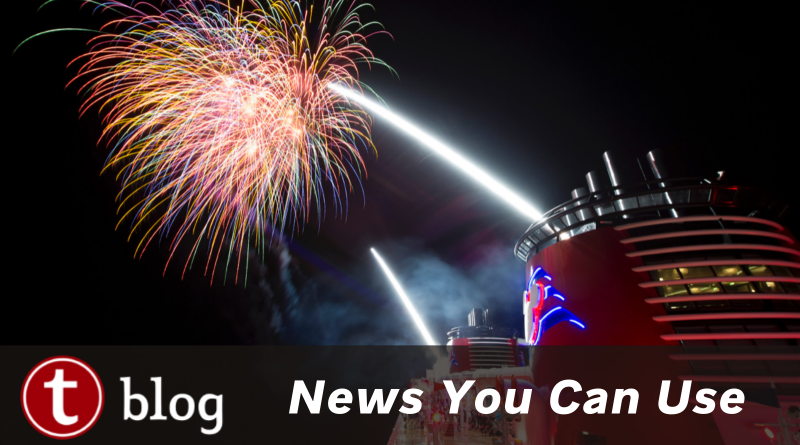 On Friday, it was discovered and reported by the Disney Cruise Line Blog that DCL had removed sailings through mid-December from their website. Removed simply means that they are not able to be booked right now. They are not cancelled. Little louder for those in the back who may be confused by the other sites posting erroneous headlines: these sailings are not cancelled! Payments can still be made on previously booked cruises set to sail in this time frame. Activities can still be reserved for these sailings (once within the appropriate time frame). I’ve been asked myself, and have seen a lot of people sharing that these sailings are cancelled. As of the time of this post, they are simple unable to be booked. Why? Well, it could be that Disney is hoping to get ships back out into the water as soon as they can, and they will most definitely be looking to do that at a reduced capacity; removing those sailings now would prevent throngs of guests from booking the minute Disney says “all aboard”.  And on the flip side, it’s possible they are on the brink of being cancelled. Though the CLIA suspension of ships from US ports is only through October 31, Disney has elected to extend that to include early November sailings. Disney’s Senior Executive Vice President and Chief Financial Officer Christine McCarthy stated at a recent conference that Disney Cruise Line would likely be the last of their business to come back. At this point, the reason for the removal is purely speculation. Hopefully we’ll have something official from Disney sooner than later to provide clarity.

Speaking of speculating, it’s been widely speculated that the delivery of the fifth ship, the Disney Wish, would be delayed. Christine McCarthy did confirm this information as well, surprising nobody really but just making it official. As one would likely guess, the delay is in due in part to the impact COVID-19 has has on the Meyer Werft shipyard. You can watch a replay of the webcast where this was discussed here.

Most every week of the year, Disney Cruise Line releases special offers for Florida Residents and U.S. Military Personnel.  There are also frequently IGT/OGT/VGT rates available for all guests to book.  These offers are extremely limited in availability, and all come with certain restrictions, but the prices are amazing! You can book these online, on the phone, or with your travel agent. These are the current offers available this week: 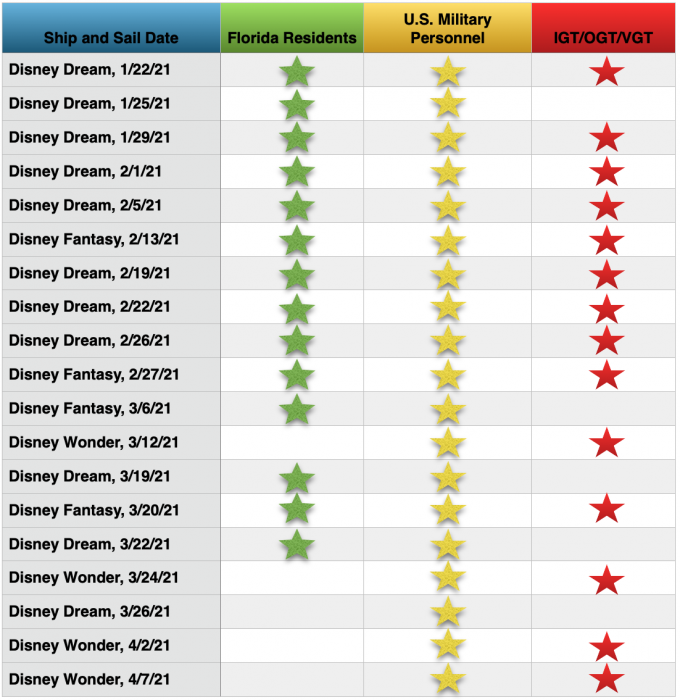 Thanks to Scott Sanders of The Disney Cruise Line Blog for assistance on this article. “Sea” you next week