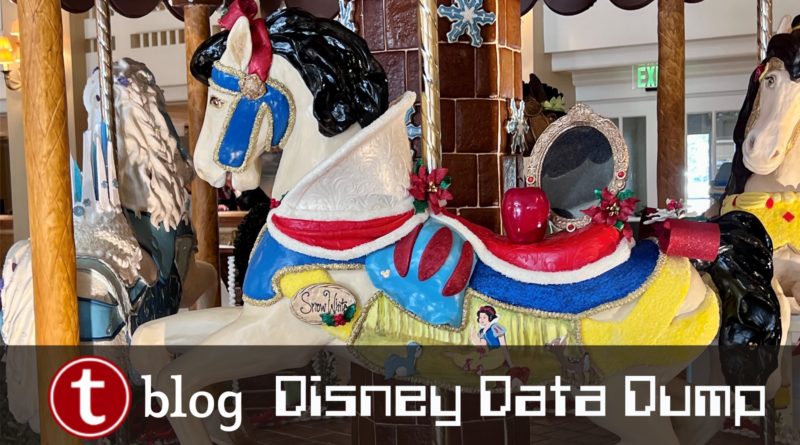 It’s been a couple of weeks! And lots has been happening in the parks. Apparently when I was out on the west coast in a cruise ship, a hurricane developed and decided to visit Orlando. What a weird late fall! So what is the overall impact on the data when a hurricane collides with Jersey week? We were predicting low crowds in very early November, and then higher crowds for Jersey week and into the holiday weekend. But hurricanes have this funny way of clearing people out of the parks. So let’s see how all of that combined!

As predicted in my last post (two whole weeks ago!), the beginning of November started out with nice mild crowds. We were right in the heart of non-school-break season, and it shows. And then, also as predicted, things started picking up significantly as we headed into “Jersey week”, that time of year when a bunch of schools are off for fall break and/or Veterans Day (which was on Friday this year).

But of course the data couldn’t stay nice and clean, because Hurricane Nicole had to make her grand entrance. As a result, the parks closed early on November 9th and opened late on November 10th. The major airports also closed, which has an impact on folks expecting to fly in to start their vacations. So the week of 11/7 could have been a lot worse, as far as crowd levels. I would have expected a few more 8s instead of the hurricane-induced dip that we saw.

Even with the mess of a hurricane coming through, this two-week view is a really great example of how parties impact crowds at Magic Kingdom. From November 1st through 6th, we were in the short-lived non-party season. Things stayed steady and moderate. And then parties started! November 7th was a nightmare. Crowd level 9 as everyone looked to avoid the first party day. From then on out, all of the party days were crowd level 4 or less, and all non-party days were crowd level 5 or higher. That’s not a big difference, thanks to hurricane weirdness. It’ll look much more like the party/non-party cycle next week as things get back to “normal”.

In the past two weeks, our predictions were either spot-on or within 1 crowd level 64% of the time. 84% of the time we were within 2 crowd levels, and that means we earn an B for our predictions these past two weeks. About the same as the last week. On 9 different park days (out of 56), we missed crowds by 3 or more crowd levels. The worse miss was an underprediction of 5 crowd levels at Magic Kingdom on November 7th. For some unknown reason the crowd calendar was predicting a 4, even though this was the start of Jersey week, and a lot of schools across the country were out of class. I … don’t know why that happened, since the actual crowds were a 9. Much more in line with what we’ve come to expect for Jersey week crowds. Especially since most humans like starting their week-long vacation at Magic Kingdom.

The single worst day for attraction downtime in the past week was November 11th. On that day, 7% of all capacity at WDW was lost due to unexpected downtime. It’s interesting that this wasn’t the 10th – parks were closed long enough that everything got back up and running for when they did open. The single worst park-day of the week on November 9th at Hollywood Studios. On that day, 16% of the the capacity at that park was lost due to unexpected downtime. That’s really really bad. Hollywood Studios was open for 9.5 hours on that day, so 16% downtime is the equivalent of the whole park being down for 1.5 hours out of those 9.5 hours. This potentially had an impact on crowd level, which was expected to be a 6 and ended up being an 8.

The “left side” of the park continues to be a problem at Magic Kingdom. This unfortunately has a big impact on folks that don’t have early entry, since those lands open at regular park opening and should be like a regular rope drop. Just be prepared with backup plans. Thankfully the headliners at EPCOT were more reliable in opening hour this week, just like all of the rides at Animal Kingdom were. Hollywood Studios is another issue. Rise of the Resistance have a 2-out-of-3 chance of being open in the morning is not great odds, especially since it’s otherwise a really excellent rope drop choice.

These posted wait times are inching back up. Thanks to Nicole barreling through, they’re not as bad as what we saw in mid-October. But the averages would have been much worse without those park and airport closures. They’ll get even more … “fun” the week of Thanksgiving.

From November 1st through 14th, actual wait times in the Lines App averaged 68% of what was posted. So if the posted wait time was 20 minutes, you could’ve expected to wait just over 13.5 minutes instead.

But the worst offender for the week was Tower of Terror. This is the same attraction as two weeks ago! Our first repeat loser. At this one attraction, submitted actual wait times were 47% of posted wait times. That means if Tower of Terror had a 30 minute posted wait, you probably would’ve waited just over 14 minutes. Under half of what was posted. Remember to always check the Lines app for predicted actual waits instead of believing what is posted.

Looking Ahead: November 15th through 21st

Since it takes time to pull data and write a post, you’ll be reading this on the 16th when the 15th is already in the past. But we’re staying as close to real-time as possible.

The crowd calendar predicts that crowds will remain relatively moderate until the weekend, and as we move into Thanksgiving week things will get crazier again. Given that we were underpredicting crowds before the hurricane rolled through, I’d say to not be surprised if crowd levels sneak up a little higher than what we’re predicting right now. And that start of Thanksgiving weeks is going to be very crowded.

Christmas parties will be happening at the Magic Kingdom on the 15th, 17th, 18th and 20th. That means that the 16th and 19th should be very crowded, and those party days should be much nicer.