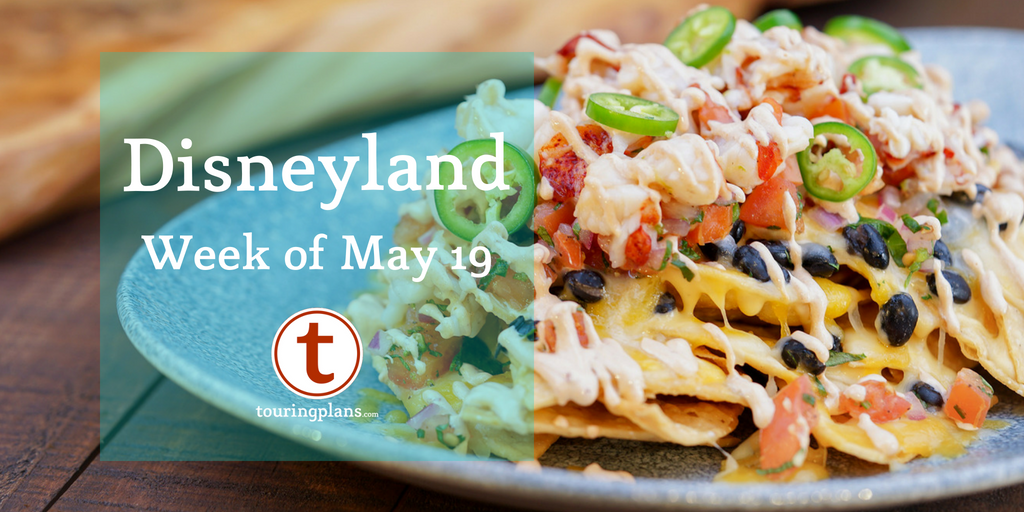 Lobster nachos, Grad Nite, Ashley Eckstein, and Pixar Fest at Disneyland this week! Read on to find out about this and more in this week’s Disneyland preview.

The end is nigh, and the Cove Bar is completing its victory lap! If you want to have the lobster nachos in their native habitat, get yourself to Disney’s California Adventure soon, as Cove Bar will be closing for good on May 29, 2018 to begin its change to the Lamplight Lounge. While the lobster nachos will be reappearing at that locale, the Cove Bar will not, so if you’d like to visit it one last time, the time to do so is now!

Are you a fan of Ashley Eckstein from Star Wars: The Clone Wars? She’s going to be signing copies of her new book, “It’s Your Universe” on May 25 at the WonderGround Gallery in Downtown Disney from 6 to 8 pm.

Grad Nite continues to be hosted at Disney California Adventure on the regular at this time of year. That park will host a private party after regular park hours, but expect more teenagers in the parks that day prior to the evening event as well. This week, Grad Nite will fall on Saturday, Tuesday, and Wednesday. Steady, slightly above average crowds this week, as is typical for this time of year. You’ll see level 7 and 6 crowds most days, with Friday predicted to have the lowest crowds. Another very nice week in Anaheim (surprise, surprise).  Highs in the mid-to-upper 70s, lows in the upper 50s and no rain.