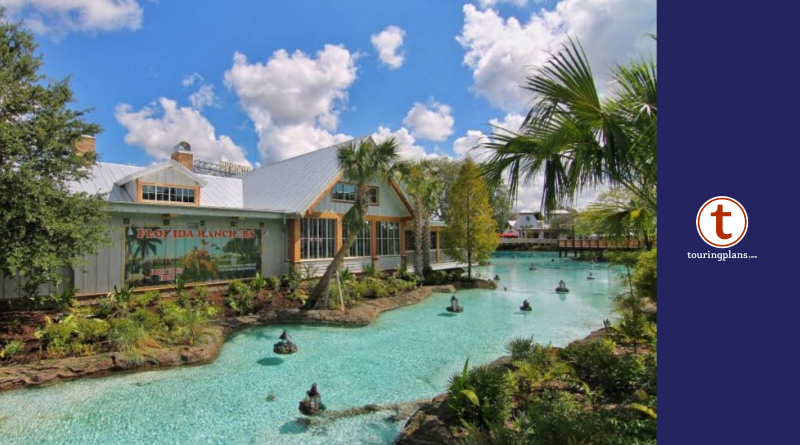 You’re going on vacation to Walt Disney World! The only problem? It really is its own world. With four parks, dozens of resorts, two water parks, a shopping and dining district, and more, where do you even start?  We’ve been answering all those questions and more in our Everything You Need to Know series, and today I’m focusing on Disney Springs!

What is Disney Springs? 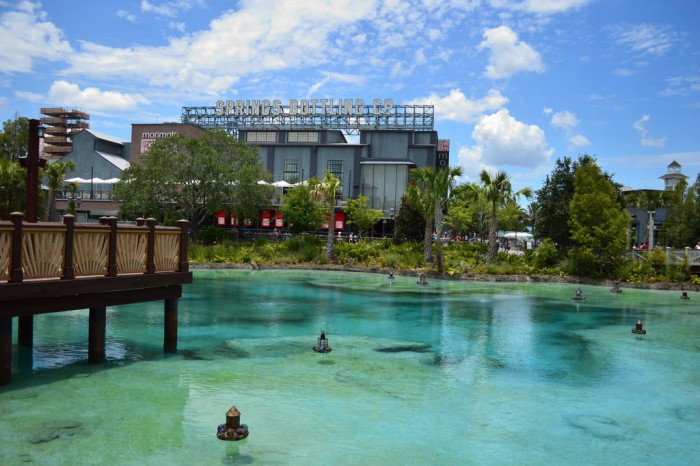 Disney Springs can be described as a shopping, dining, and entertainment complex; and while it offers a number of Disney-owned stores and locations, it’s also home to a vast variety of non-Disney stores and restaurants. Disney Springs is intended to resemble a historic waterfront locale built around Florida’s natural springs. It exists in four uniquely themed neighborhoods: The Marketplace, The Landing, Town Center, and West Side. The best part? There’s no cost of admission to experience Disney Springs!

Where is Disney Springs?

Disney Springs is located on the east side of Walt Disney World near Typhoon Lagoon. It sits across the water from Disney’s Saratoga Springs Resort and near Disney’s Old Key West Resort and Disney’s Port Orleans – French Quarter.

How Do I Get to Disney Springs?

Free Disney bus transportation is available from every Disney resort to the Town Center bus stop at Disney Springs. Guests can also take one-way buses from the parks, but only after 4:00 PM. 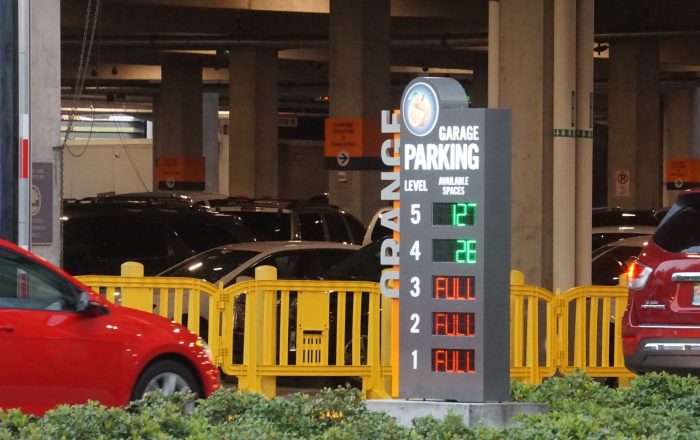 For those driving themselves to Disney Springs, there are three parking garages and three surface parking lots. The garages are named Orange, Lime, and Grapefruit and use both digital message boards to show how many spots are available on each level and overhead LED lights to indicate an open parking spots. Also, parking is completely free! The surface lots are called Strawberry, Watermelon, Lemon, and Mango with Lemon used for valet parking and Mango for preferred parking.

What Restaurants are at Disney Springs? 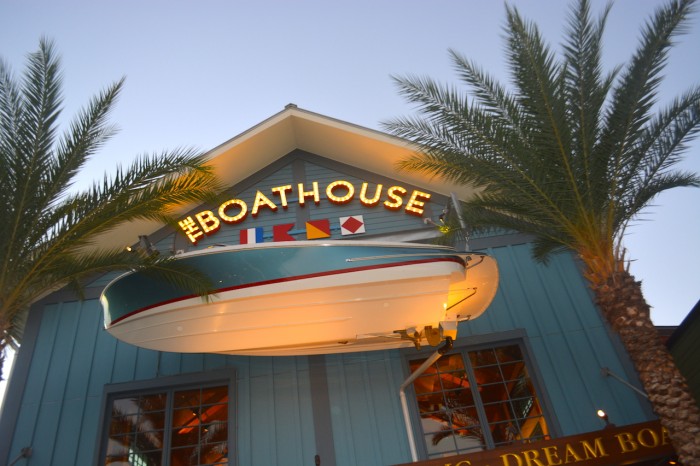 Disney Springs may be the best place at Walt Disney World for foodies. Options range from kiosks and food trucks to bakeries to quick-service spots to acclaimed table service restaurants. There’s even a cupcake ATM outside of Sprinkles Bakery, a bar and lounge themed after a Indiana Jones character, and a spot to grab a Dole Whip!

What Shops are at Disney Springs? 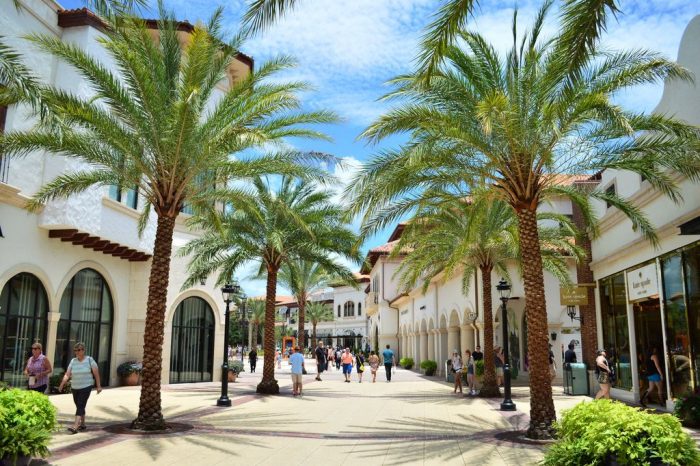 Disney Springs is home to a whopping 104 shopping locations ranging from full-fledged stores to pop-ups. While home to a variety of Disney owned and operated stores, including the World of Disney, guests can also enjoy shopping at locations from popular brands such as Kate Spade New York, Tommy Bahama, UGG, Ron Jon Surf Shop, Lilly Pulitzer, and even a Coca-Cola Store with a rooftop bar. 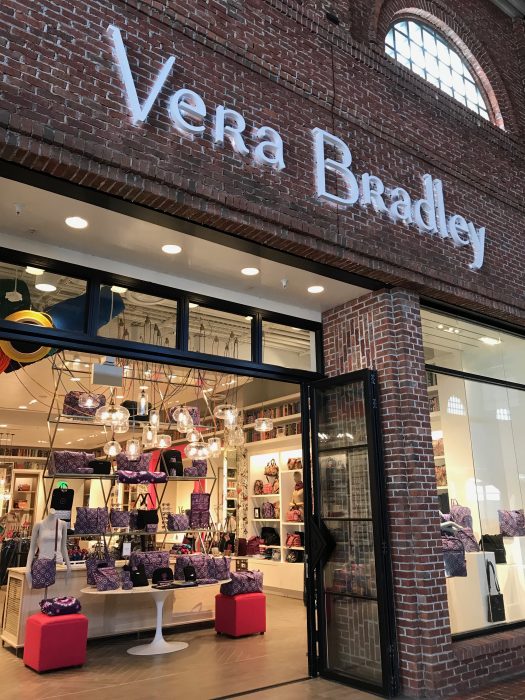 Even though many of the stores at Disney Springs are what you may find at your local mall, Disney fans should know that these retailers often feature Disney-inspired product lines! Disney Springs is also the mecca for Disney pins thanks to the Disney Pin Traders over at the Marketplace. Here you can find new releases, limited editions, resort and water park pins, and even pins from the Disney Cruise Line. 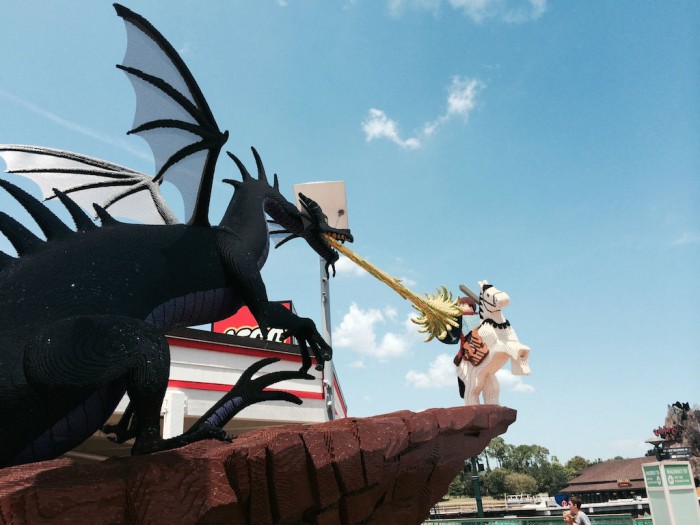 For little princes and princesses, Disney Springs offers the Bibbidi Bobbidi Boutique, Build-A-Dino by Build-A-Bear Workshop at T-Rex, face painting kiosks, the Once Upon a Toy Store, a LEGO store, and shops offering all things Marvel and Star Wars.

What Kind of Attractions are at Disney Springs? 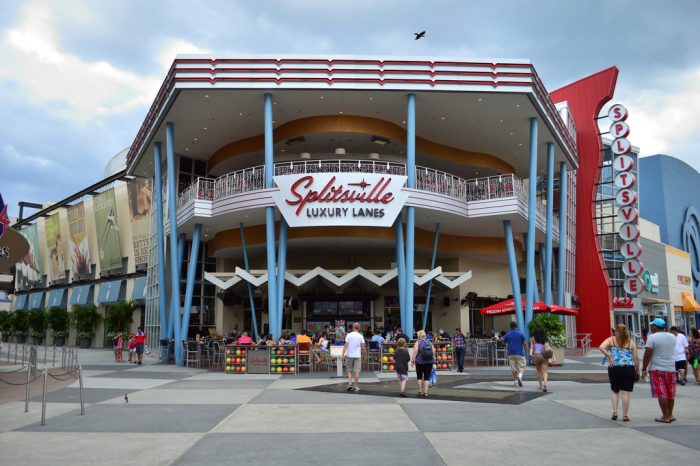 In addition to dining and shopping, Disney Springs offers a variety of activities and attractions. Guests can check out a movie at the AMC Movies at Disney Springs 24, take flight in a balloon over the springs aboard Aerophile, put their skills to the test at the NBA Experience, or bowl a frame or two at the Splitsville Luxury Lanes. 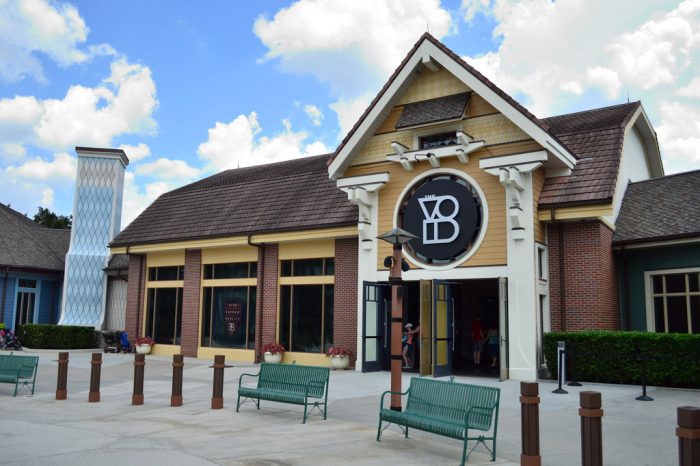 Other activities include live entertainment all throughout the springs, as well as the chance to ride in a vintage amphicar or experience two virtual reality adventure with Star Wars: The Secrets of the Empire or Ralph Breaks VR at The VOID. You can also enjoy Disney-inspired decorations and activities during the holidays, and even purchase snacks and balloons typically found only at the parks.

Also, a brand new Cirque du Soleil show is coming to Disney Springs in the near future. Drawn to Life Presented by Cirque du Soleil promises to be a love letter to Disney animation where drawings on an animator’s desk comes to life.

What is the History of Disney Springs? 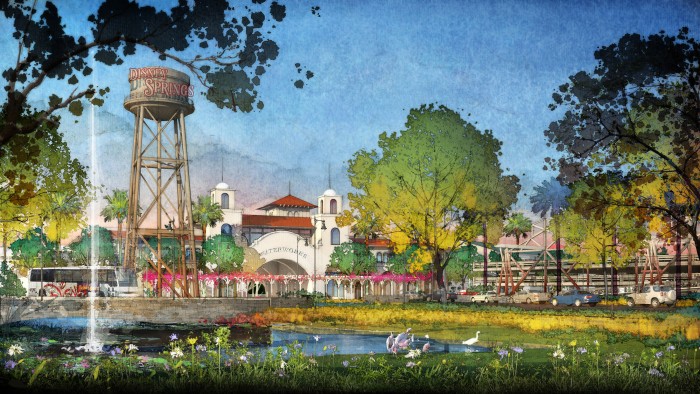 Originally known as Lake Buena Vista Shopping Village when it opened in 1975, the complex struggled in drawing both guests and locals. It’s name was changed to the Walt Disney World Village. The name changed again in 1989 when it became the Disney Village Marketplace and added on Pleasure Island. Then, in 1997, it gained a new area known as the West Side and took on yet another new name Downtown Disney.

Pleasure Island’s nightclubs closed in 2008, and the area continued to struggle in regards to its branding, audience, and in drawing guests. In 2013, Disney began both overhauling and expanding the area. It was renamed Disney Springs in 2015 and continued to add new restaurants, shops, and entertainment. Today Disney Springs is a huge success and finally produced the draw Disney always wanted from the complex.

What’s the Best Time of Day to Experience Disney Springs?

Disney Springs usually opens at 10 a.m. and closes at 12 a.m.; however, during certain times of year, it may stay open until 2 a.m.. Mornings are often the least busy but many restaurants don’t begin serving until 11 a.m. The afternoon and evening hours, especially on weekends and during the holidays, are the busiest.

Did I answer all of your questions about Disney Springs? Is this destination at the top of your family’s vacation to-do list? Let us know in the comments.