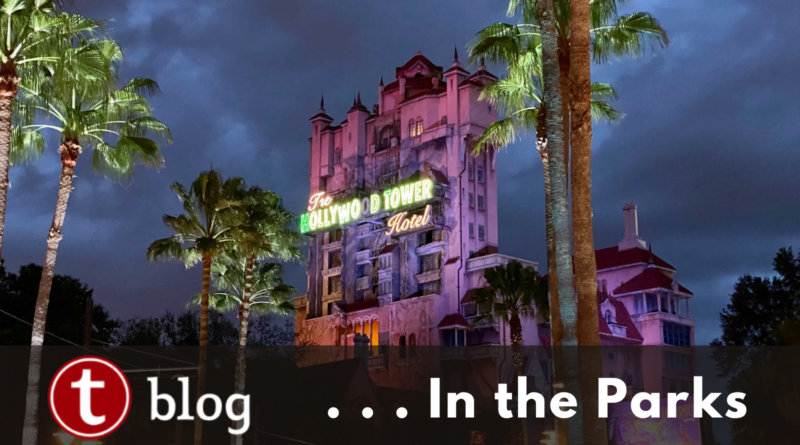 Many of the rides at Walt Disney World have photos taken during the attraction experience. Here’s everything you need to know.

Which attractions have on-ride photos? Where exactly are the photos taken?

The rides with photos are: 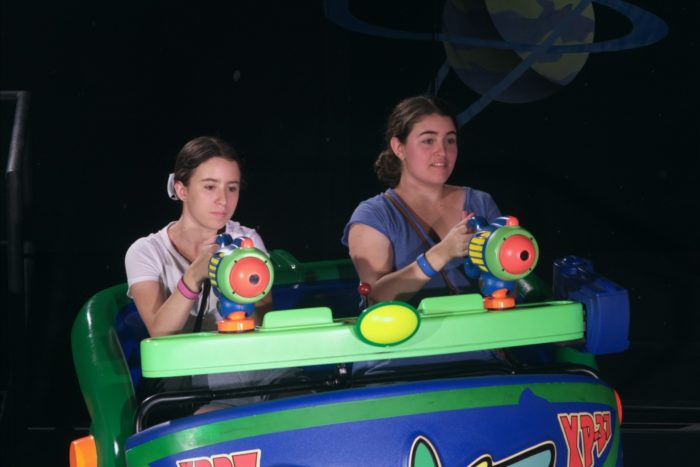 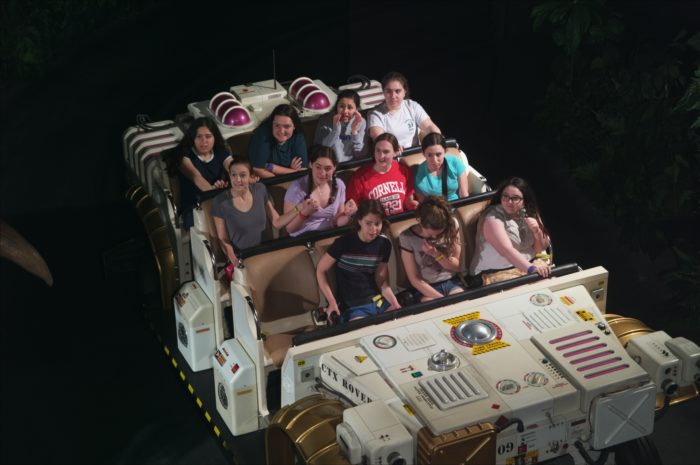 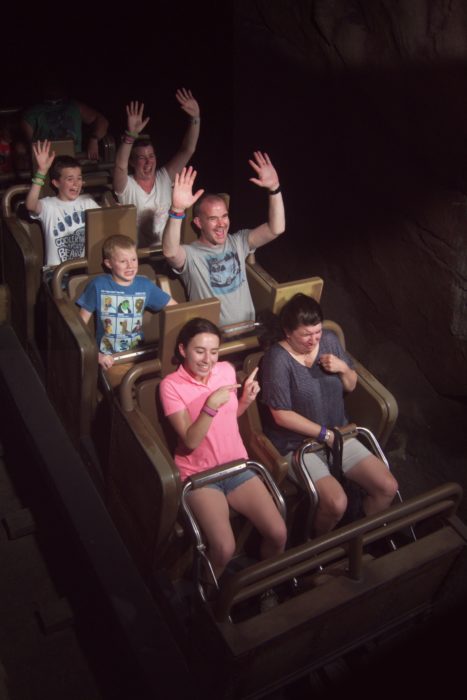 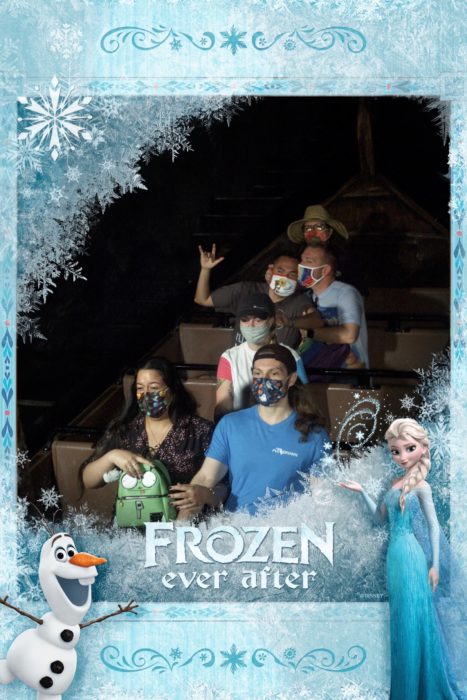 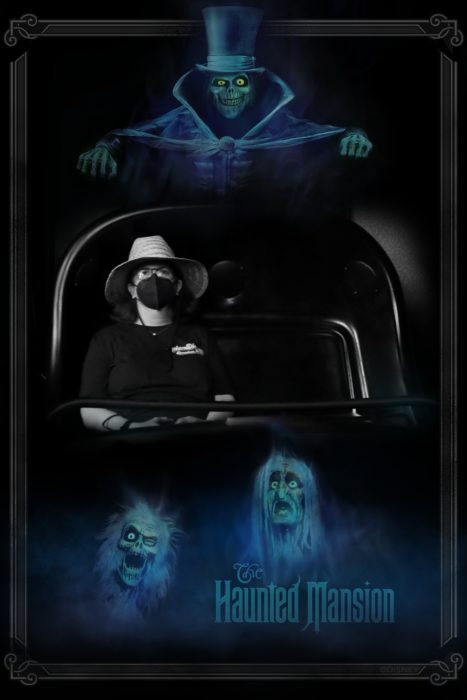 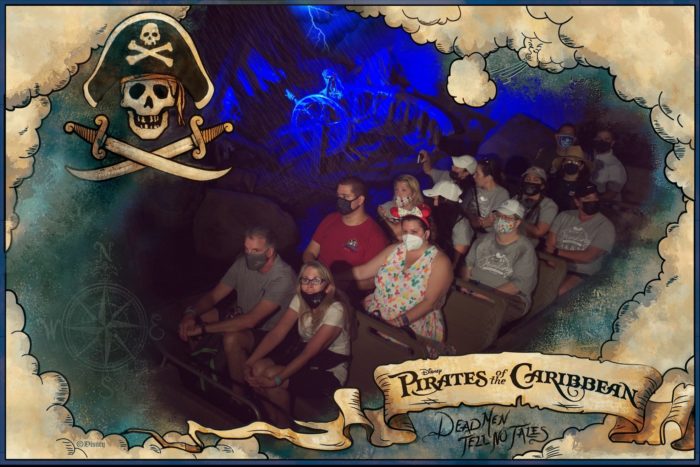 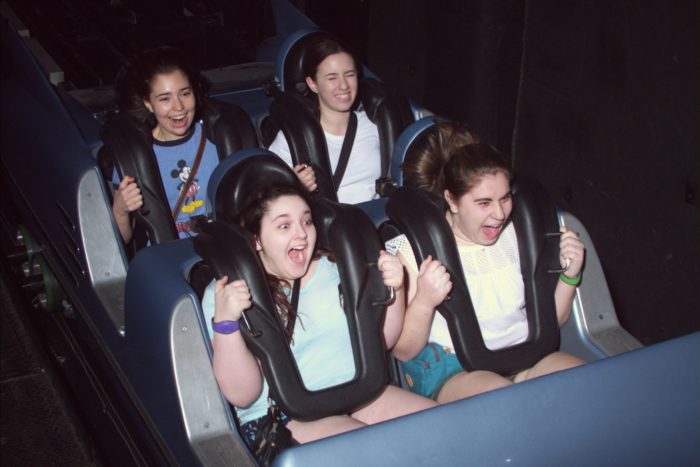 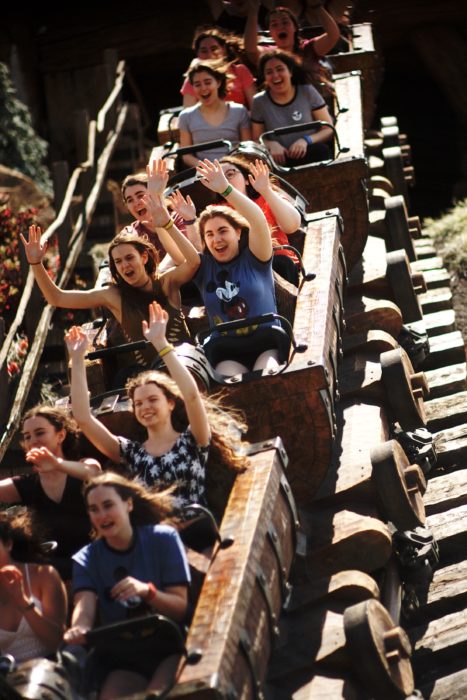 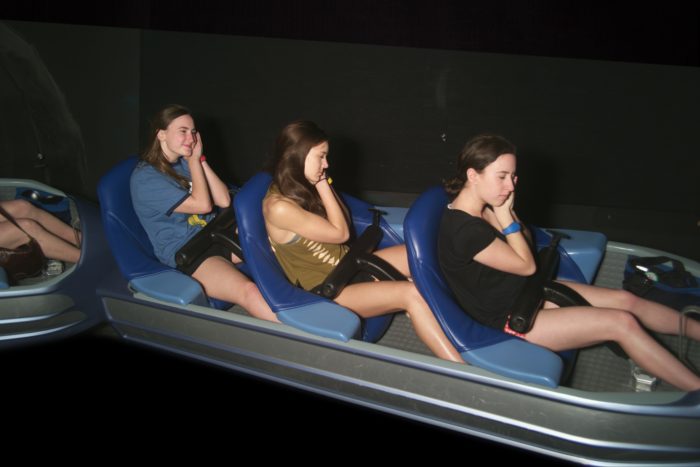 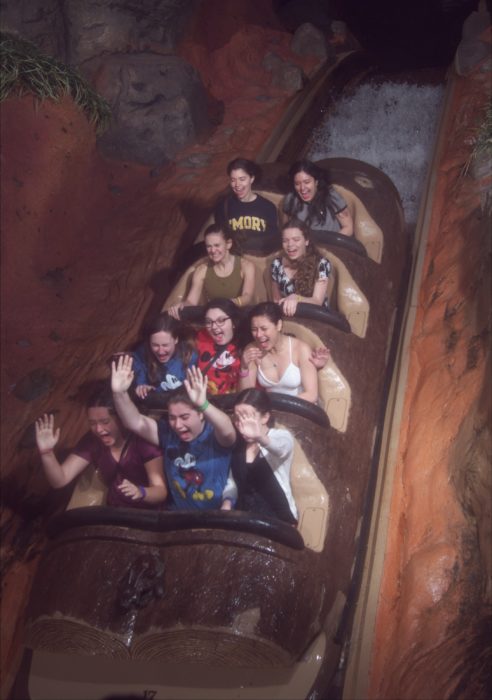 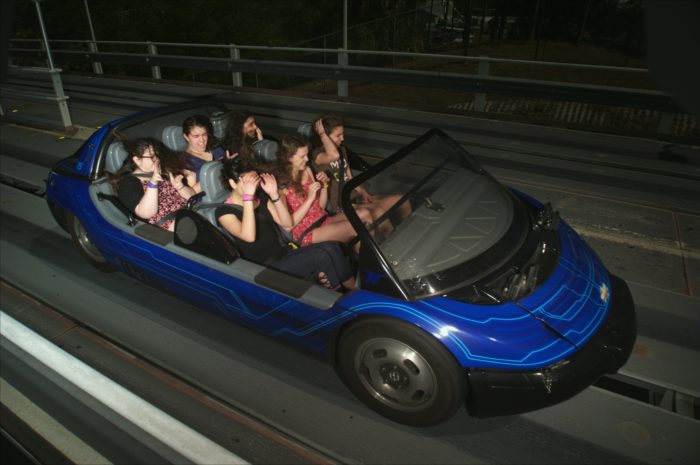 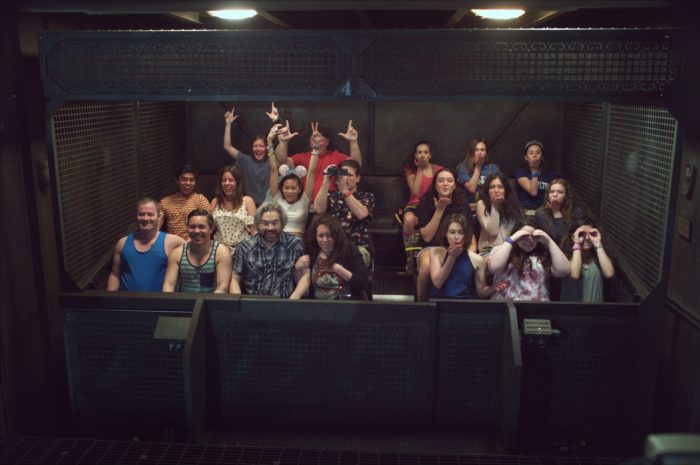 Where can I see the photos taken of me?

At a few rides (Space Mountain and Tower of Terror are two examples), there is a wall of monitors as you exit the ride, showing the photo images. For some attractions (Haunted Mansion and Seven Dwarfs, for example), you won’t see the photos until they automatically show up in your My Disney Experience account.

What? Is that how I get the pictures?

If you have a MagicBand or other readable RFID accessible during the attraction, the ride technology automatically captures this information and links it to your account. You can also access the pictures by tapping a Magic Band or RFID key on the designated spot if you’re in the “wall of monitors” situation listed above – which will force the link to your account.

Do I have to pay for these photos?

Well, Disney is going to take these pictures when you’re on the ride whether you like it or not. There is no charge for them to take the image (well, you know, beyond the price of your admission ticket), but if you want to have a non-watermarked copy of the photo you do have to pay.

How to I do this?

Check out our extensive post on PhotoPass and Memory Maker. This post includes detailed instructions on how to access the photos in your account, including on-ride photos, as well as how to pay for them.

I was on the ride with strangers and now they’re in my picture. Is there anything I can do about that?

Once you get the JPEG of your photo, you’re welcome to crop out strangers or PhotoShop them however you like. However, in some cases, TestTrack for example, cropping out other guests often removes the context that you’re on a Disney ride.

For this reason, some of my favorite ride pictures are those when I’ve been traveling with a large enough group that I know everyone in the image, or if I happen to be on a ride during a slow period when my small group is the only party loaded onto a particular attraction vehicle.

If your goal is to get only people you know in photo on a larger capacity ride vehicle (Tower of Terror, for example), you may want to try waiting to ride until the very end of the evening when few other guests are around.

I went on a ride that takes photos, but they’re not in my account. What do I do?

If you know approximately what day/time you were on the ride, you can stop by any park PhotoPass office (locations are listed here) and they can attempt to locate your images and add them to your account.

Is there any way to add some extra fun to my on-ride photos?

Well, my daughter and her friends were pretended to nap on Space Mountain and blew kisses on Tower of Terror. Little bits of silliness like that are fine. I’ve also seen several wedding proposals happen on the Splash Mountain drop (hold on to those rings, people). It goes without saying that if you do anything less than family-friendly (disrobing, flipping the bird, etc.), those images will not be added to your account and, depending on what you do, you may be asked to leave the park.

Also note that at the times during the pandemic when Disney required masks at indoor locations, you could only get access to your on-ride photos if you were wearing a mask in the images. Expect this policy to return if indoor masking becomes mandated again during another virus wave.

Are there any other photos taken inside attractions?

There are a few other mid-attraction photo situations you may want to be aware of.

Enchanted Tales with Belle at Magic Kingdom is not currently running. However, when this hybrid attraction and meet & greet is operational, there is a PhotoPass photographer stationed inside the attraction to take pictures of guests with Belle.

There is also a photo taken during the first climb in Spaceship Earth. This picture is not linked to the PhotoPass system, and you can’t buy a print of it; however, the picture is used during the animation section at the end of the ride. You’re welcome to take photos of the photo using your own camera/phone (no flash, please). Sometimes the animated you gets into some pretty silly situations. 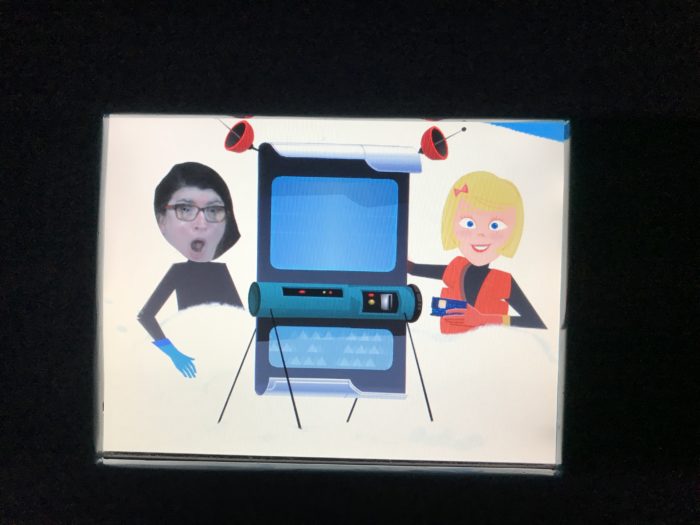