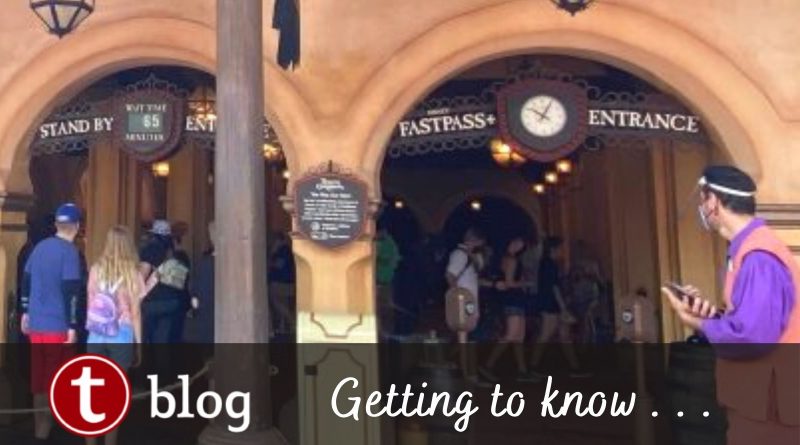 When Walt Disney World reopened in July 2020, a lot of things changed. One such change is the temporary suspension of Disney’s FastPass+ system. This may lead some guests to wonder how Disney’s Disability Access Service Card works. We’ve got the answers.

In short, Disney’s Disability Access Service Card allows guests who have certain needs to avoid waiting in the traditional queue for most attractions. It does not, however, act as a FastPass, allowing the card holder and their party to bypass the current posted wait time. Disney no longer using a physical card, and instead issues the designation to the guest’s MyDisneyExperience account / app.

Here’s how it works.

Even though the FastPass+ program is temporarily paused, guests using the Access Card will generally be directed through the FastPass+ return entrance when their return time becomes valid. Once again, the Access Card does not act as a FastPass. It enables the cardholder and party to do other things in the park rather than waiting in the traditional line. However, they will generally spend the same amount of time waiting for the attraction as anyone who is in the standby line.

When a guest receives a Disability Access Service Card / Designation, that designation inside MyDisneyExperience is valid for up to 60 days depending on their theme park ticket entitlement. A guest does not need to visit Guest Relations at each park. Once they have obtained a valid card it is good for the duration of issuance, which depends on the length of time their ticket is valid.

For complete details, we invite you to read Disney’s official website.

What other trip planning questions can we answer for you? Let us know in the comments!