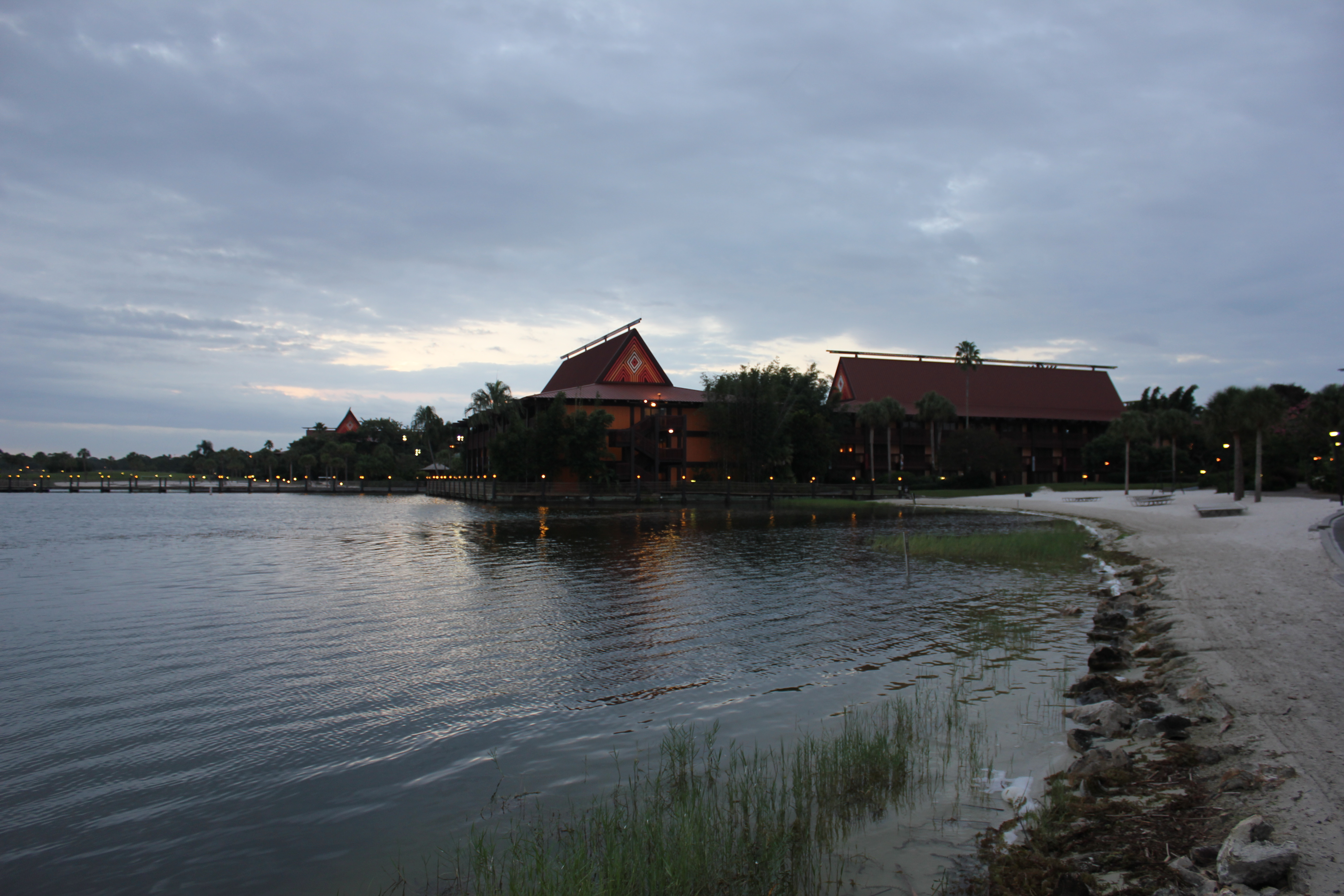 This past July I paid $253 per night – with tax – for a standard room at Disney’s Polynesian Resort. That’s more than 50% less than the $533 rack rate Disney was asking for similar rooms. It was less than Disney was charging for the same room in 2001 – 15 years ago.  And I didn’t have to listen to a timeshare presentation or be a close, personal friend of Disney CEO Bob Iger to do it.  All I had to do was believe what I read on the internet.

In this case, I’d seen a lot of talk in our Lines Chat forum about a company called Magical Vacations Travel (MVT), whose Disney World room offers were far below the prices we were seeing everywhere else.  And that was unusual, because we have relationships with some very large travel companies, who you’d expect would be able to match any offer a smaller company could come up with. But the big travel companies weren’t matching MVT’s offers. I wanted to find out why.

Here’s what I found: Both Magical Vacations Travel and Parksavers.com are legitimate businesses that sell exactly the products they advertise. But the way they can make these great offers to you – the business models behind these companies – are fascinating stories in their own rights. This is how they work.

If you’re a travel agency looking to get the lowest prices for your clients’ Disney World vacations, there are a couple of ways to go. One is to wait for Disney to announce a “special offer” and book your clients at those rates – for my trip, the best rate available to the general public was around $468 per night with tax.  And many clients would be satisfied simply knowing they got the lowest advertised rate for their trip. But there’s another option that often results in even better offers, if your agency is willing to sign a contract with Disney’s “Group Sales” department. But those contacts come with risks.

Here’s how that works: Your travel agency tells Group Sales that you’re going to sell a minimum of 10 rooms for a least 3 nights each, at some Disney hotel, during specific dates in the future. For example, let’s say that you’re willing to commit to selling 30 “room nights” (10 rooms for 3 nights each) at Disney’s Polynesian Resort between November 10 and November 16.

Disney’s Group Sales department has 2 kinds of contracts your travel agency can sign, each with different levels of risk. Your price for the rooms depends on which contract you sign, and thus the risk your travel agency is willing to accept:

There’s one other notable condition on the risk/reward contract: Disney doesn’t allow the contracts to cover certain dates. For example, November 1, 2, 13, and 28-30, 2016, aren’t available on MVT’s Agency-Exclusive Offers. That means that clients have to be willing to take their vacations during the dates that are covered, if they want the best offers. And some resorts or room types may be excluded from the contract.

The vast majority of travel agencies I spoke to, will only sign the standard contract. Why? The smaller agencies typically can’t risk thousands of dollars on clients who might cancel at the last minute. Larger agencies, especially those with hundreds of thousands of clients, say that most of their clients can’t make their vacation dates fit the offer dates, because of work, school, or family commitments. The number of clients who are willing to do this, doesn’t offset the risk that comes with the contract.

Magical Vacations Travel is using the risk/reward contract. They also let clients cancel with refunds using Disney’s standard cancellation policy (i.e., up to 5 or 6 days in advance), not the 30-day policy that they’re being held to in their contract. Again, that’s part of the risk MVT is accepting in return for less expensive rooms.

Here are examples of how much that can affect your vacation price as compared to just booking through Disney’s website yourself.

The first example covers the week of Easter 2017. It assume 2 adults and 2 children (ages 11 and 9) in a standard view room for 5 nights beginning April 15, 2017. The family also gets 5-day Magic Your Way tickets with the Park Hopper and Water Parks Fun and More options. All prices include tax. Disney’s prices come from their website.

That $500 (18%) price difference you can lock in right now at Pop Century is remarkable for Easter 2017 – I’d expect Disney to announce something in the range of 5 to 10% tops, eventually, for a value resort package during a holiday period this far away.

Around $290 of that $500 difference – a little more than half – comes from buying Parksavers tickets. As you move into the Moderate and Deluxe categories, the difference in room rates increases while the ticket price differences stay the same. A $639 (19%) price difference at Port Orleans Riverside seems to be pretty good this far out too. I don’t think a 14% price difference at Animal Kingdom Lodge is as good, in comparison.  It could be that Disney thinks they can sell out AKL to the general public anyway over Easter, so they don’t think they need to offer lower rates to groups.

The rates are slightly better the week after Easter 2017, probably reflecting the lower demand once most families have to send their kids back to school. Still, it’s a busy time of year and these are decent savings off what Disney is currently offering to the general public.

One last thing about Magical Vacations Travel before we look at Parksavers.com: I think one of the big challenges they’ll face is how to scale their customer service if they find themselves growing very fast. The good news is that they seem to have a core group of solid agents. But it’s something we’ll keep an eye on. If you ask Magic Vacations Travel for a quote, let us know how the process goes.

And now, for some background on Disney World ticket sellers!

Disney considers itself a premium brand, especially when it comes to its theme parks. And like other premium brands, such as Apple, Disney rarely offers direct discounts on its core products – in this case, theme park admission. Disney’s reasoning is consumers would eventually start expecting ticket price discounts, and the discounted price would effectively become the normal price people are willing to pay for admission. And, as JC Penney learned, once customers start expecting discounts, it’s almost impossible to stop offering them.  For a company like Disney, whose revenue growth depends in large part on raising prices much faster than inflation, direct discounts on theme park admission are a long-term threat to their stock price.

But Disney knows that finding even slightly discounted tickets can motivate some cost-conscious families to visit a Disney theme park, thereby increasing Disney’s overall theme park revenue. And that’s where third-party ticket wholesalers come in. Many of these wholesalers are small, family-run operations located near Disney’s theme parks. They all have contracts with Disney that allow them to buy thousands of regular theme park tickets, at prices lower than Disney charges at its parks.

The wholesalers add on a small amount – I’m told it’s sometimes as little as $3 on a $390 ticket – and resell the ticket to the public. This arrangement lets Disney capture business from those cost-conscious families without having to offer discounts to everyone. It also provides dozens (possibly hundreds) of jobs in the areas around Disney’s theme parks.

What Disney didn’t count on, according to the people I’ve talked to, is Expedia.com.

Expedia is one of the largest travel sellers in the world.  In fact, only two companies – Expedia and Priceline.com – account for 95% of the $152 billion online travel market. In 2015, Expedia earned almost $6.7 billion in revenue. That has fueled an aggressive growth strategy, allowing Expedia to acquire competitors including Hotels.com, Orbitz.com, Travelocity.com, and Hotwire.com.

A few years ago, Expedia launched Local Expert, a program that allows Expedia and third-party companies to sell tickets, activities, and tours, through Expedia’s website. The idea behind Local Expert is that once you book airfare or a hotel to a specific destination, Local Expert will offer you an activity to do in the same area, earning Expedia a small commission for each sale.  For example, if you book airfare to Washington DC, you might be offered a guided tour around the city’s monuments from a tour operator, or discounted admission to the Newseum. Buy the tour or ticket, and Expedia makes some money as the middleman.

Expedia’s Local Expert program offers discounted tickets to Walt Disney World too, in the form of electronic vouchers. These are different from the park tickets sold by Disney and most third-party wholesalers, in a couple of minor areas.  But in every meaningful way – admission, Fastpass+ reservations, and linking to My Disney Experience, the vouchers are essentially identical to a ticket you buy directly from Disney.

What’s Behind That Great Deal on Disney World Tickets?

Here’s where things get interesting. Parksavers’ website confirms that they’re reselling Expedia’s Walt Disney World ticket. And in many cases, Parksaver’s prices are lower than Expedia’s own prices for the same ticket: a 7-day Adult Park Hopper is currently $394.10, while Expedia wants $410.03. For comparison, long-time Disney ticket vendors such as Official Ticket Center and Undercover Tourist are asking just under $450 for the same ticket.

In fact, Parksavers’ and Expedia’s prices are so low, according to industry people I spoke to, that third party wholesalers can’t even buy those tickets from Disney for the prices Parksavers and Expedia are selling them.

How are Expedia and Parksavers able to sell tickets at those prices? There are only a couple of likely explanations:

The industry people I’ve spoken to think it’s the latter. Their opinions, all seemingly arrived at independently, is that Expedia is using some of its $6.7 billion in profits to sell Disney tickets at a loss, in order to drive third-party ticket wholesalers out of the market. Just as Expedia’s purchase of other travel websites reduced competition, this would eliminate most competition in the Local Experts ticket market for Orlando. And with other ticket wholesalers out of the way, it might allow Expedia more leverage with Disney when it comes to setting ticket prices.

Disney, I’m told, thinks Expedia is playing the long-term strategy too. And they’re not at all happy about it. Some of that unhappiness is because Disney really wants these small, family-run ticket wholesalers to stick around.  That’s partly for altruistic reasons – Disney seems to understand (in this case, anyway) its role in the local economy includes supporting the tourism industry. It’s also partly selfish, because Disney knows that any one of that small group of mom-and-pop vendors is never going to have enough bargaining power to tell Disney how to set ticket prices. But Disney’s concerned that Expedia might.

One hurdle with Expedia’s strategy is, I’m told, that Expedia’s contract with Disney expires at the end of 2016 and has not yet been extended for 2017. It’s almost certain that ticket pricing is one of the main discussions in that renewal, and I’m sure Disney is pushing for restrictions on how low Expedia can set its prices. In the meantime, you can still buy those ticket vouchers for dates in 2016, and use them in 2017.

Disclaimer: Neither TouringPlans nor its staff have any relationship of any kind with Magical Vacations Travel or ParkSavers.com. Our requests to Expedia’s affiliate and travel agency divisions, and to Parksavers.com,  for clarification on their voucher pricing, got no response.