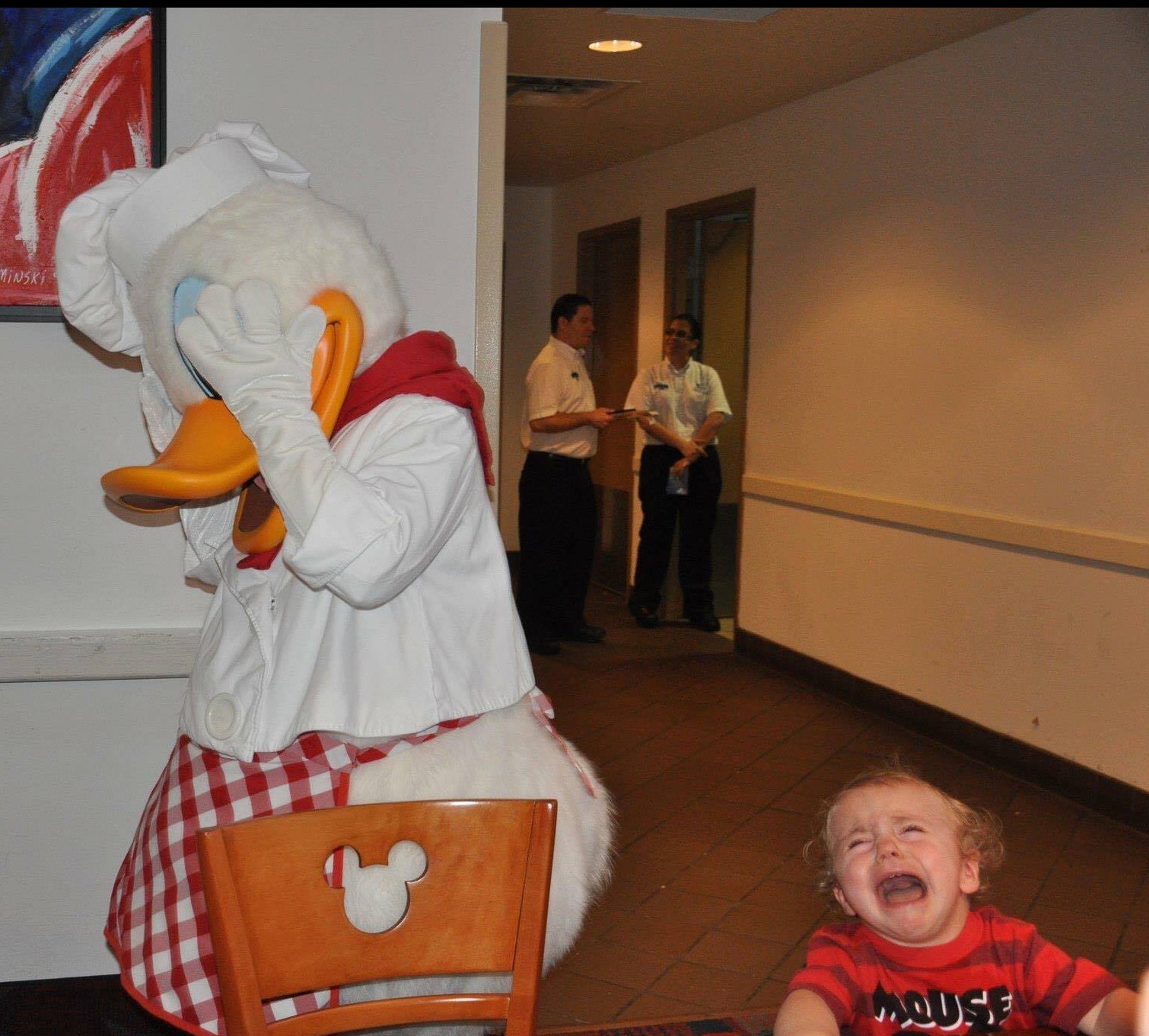 Walt Disney World has a deserved reputation as one of the most fun places you can visit, but what is lesser known is the litany of ailments such a trip can cause. Did you know, for example, that more children come down with a case of Gigantusmusophobia at Walt Disney World than any other location? Disney maladies are an under-recognized threat to your vacation experience.

You need not, however, waste your entire vacation in the infirmary. Read on to learn how to quickly identify and treat common Disney ailments!

I often tell people that there are few places on planet Earth that reward a little bit of advance planning like Walt Disney World. It can, however, most definitely be overdone. What’s worse, you can find yourself so wracked with indecision that you can’t do anything and you’ve sucked all of the fun out of the trip before it’s even begun.

The prescription for this ailment, simply stated, is to relax. I’ve said it before, but it bears repeating: the overwhelming majority of people that go to Walt Disney World do so with little or no planning and they still have a great time, so the fact that you’re aware of the benefit of planning ahead puts you in a better position that all of those people. Embrace this truism now: there is no single planning decision that you make that will make having fun impossible, nor can a single decision guarantee you The Best Trip Ever. Armed with that knowledge, there is no need to needlessly fret over whether you’ve reserved the right restaurant for lunch, or whether you’ve picked the right attraction for your FastPass+ reservations. You’ve probably done just fine.

If you are a hyper-planner (as I know many of you are), however, learn to trust your research and your decisions. Sure, people often change their plans as the trip approaches, but there is not generally a need to hop on MyDisneyExperience every day to agonize over every ADR and FastPass+ reservation you’ve made. What I do to keep myself from driving myself bananas revisiting my plans is to set up several designated times to check them and make sure I’m still cool with my choices, but I otherwise try to resist the temptation to constantly tweak our plans. Here are some ideas for timing, and why I’ve picked them:

Finally, you can rest easy in knowing that one of the reasons that our Personalized Touring Plans can be optimized in real time is to give you the flexibility to reset if you need to for whatever reason. You can do your thing and follow your plan, but if lunch takes longer than expected or you get stuck on the top of Astro Orbiters, the remainder of your day will be at worst reshuffled, so you’ll still be touring as efficiently as possible for the things that you’d like to do. Knowing in advance that you can always hit “Optimize” and refresh your plan to give you the best itinerary as of that moment should give you the comfort to know that a single deviation from your schedule isn’t going to torch your day. Gigantusmusophobia, which in the interest of full disclosure is a term that I completely invented, is the very real fear of enormous, anthropomorphic mice. Your toddler may love Mickey and Minnie, but it’s a whole other wedge of cheese when those beloved characters turn out to be several times larger than anticipated and they are motioning your now-terrified child over to clasp them in death’s cold embrace.

Being proactive is the right approach here. The first step you can take to ward off this affliction is to see if you can provide some non-threatening exposure to these larger than life characters prior to foisting your child upon them for a photo opp. It can be as simple as walking near a meet and greet where your child can clearly see the character, but it will give you an opportunity to gauge his or her reaction and guide your next steps accordingly. Another helpful strategy is to start with a “face character” (Disney-speak for a character who does not wear a mask that obstructs their face) who may be less visually intimidating than a “fur character” (those who do wear large head coverings) like Mickey.

What do you do if your child freaks out when you DO meet a character? I do not purport to be a child psychologist, but I have watched this unfold enough times to know that wholesale ignoring your child’s terrified screams and depositing him or her with a character and hoping for the best is unlikely to be good for anyone. If you still want to get that all-important photo, though, strategies that I’ve seen work include:

And finally, when all else fails…

I know, I know, not ideal, but foisting your kids into a terrifying situation isn’t ideal for them, either. Respecting their Gigantusmusophobia now will result in them getting over it more quickly, and you’ll get that photo opp you want sooner rather than later. Frankly, I wish that had been done with me and clowns as a kid.  Alas, I digress…

I’m not sure who first coined this term (I cannot take credit for it myself, but it is apt), but it is a condition that is unfortunately not confined to Epcot. Without going into great detail, suffice it to say that Epcrotch is the legitimately painful chafing that is the byproduct of countless hours of slogging through the hot and humid Florida weather, usually experienced in a region that should be obvious from the name. Add humidity to the natural friction that comes from miles of walking, and you have a recipe for agony.

The best defense is a good offense, and one great place to look for guidance is another group that deals with sweat and friction on the regular — distance runners. There is a whole battery of anti-chafing products designed for runners, from products designed to keep those areas dry, to those that are designed to reduce friction. At the first sign of trouble (or if you know you’re prone to this unfortunate condition), get yourself some anti-chafing product and apply it wherever it needs to be applied. Body Glide in particular has some great products made specifically to deal with this sort of chafing.

One strategy for avoiding this disorientation is to understand going in what your options are. Buses, by far, are the most common way to get around for most people using Disney transportation, but there are some generalizations that can be made about the other transportation options at the various resorts and parks.

Derived from Murphy’s Law, this condition afflicts those whose trips have been plagued by one challenge after another. You’ve spent months planning the trip of a lifetime, but when the time actually comes, nothing goes right. Your flight is delayed, your room isn’t ready, the ride you were most looking forward to is down during your FastPass+ window, etc. Taken individually, not a big deal, but eventually, the cumulative effect threatens to crater your carefully planned trip. Whatever can you do?

If your plan isn’t working anyway, why not scrap your plan? I’m not saying you have to jettison the whole thing for the remainder of the trip, but sometimes taking a breather from the schedule and just letting the trip come to you for a day can be just what you need to reset. There is PLENTY to do at Walt Disney World that does not require significant advance planning — maybe hang out at the pool, explore Disney Springs, or make a day out of checking several shows off of your to-do list (like Mickey’s Philharmagic, or Festival of the Lion King), which you can usually reliably experience without a wait even on the busiest days.

So, have you dealt with any of this common Disney ailments? Any other Disney-specific conditions I may have missed? Let me know in the comments!

20 thoughts on “Disney Maladies (and How To Treat Them)”