Welcome to the latest edition of The Magic, The Memories, and Merch!, the longest running monthly look at the now closed Disney Outlet Stores in Orlando. Without being able to step foot inside the Character Warehouse over the past 30 days, we had to look elsewhere for our discounted Disney merchandise, and boy, did we find a doozy…

A SPECIAL OUTLET REPORT INVESTIGATION asks the question: How far would YOU drive for discounted Disney merch…

So, a few days ago, everyone on DisTwitter was minding their own business, when all of a sudden a bomb was dropped. 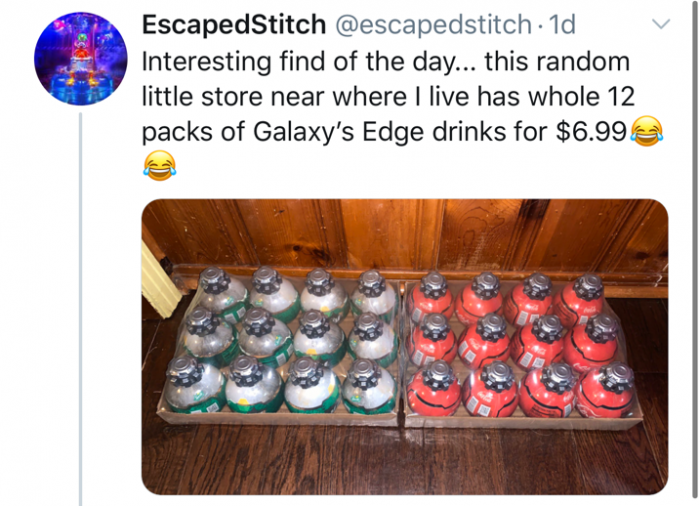 An entire 12 pack cost $6.99, the price of a single bottle inside Star Wars: Galaxy’s Edge. At the Disney Outlet Stores in Orlando, this is the type of super discount we usually see reserved for items from Pandora: The World of Avatar.

So it turns out, the store selling these Cokes was a small supermarket located in Alabama.

Seeing this incredible deal, a member of DisTwitter made the pilgrimage up to score a case, only to discover a horrifying fact…. 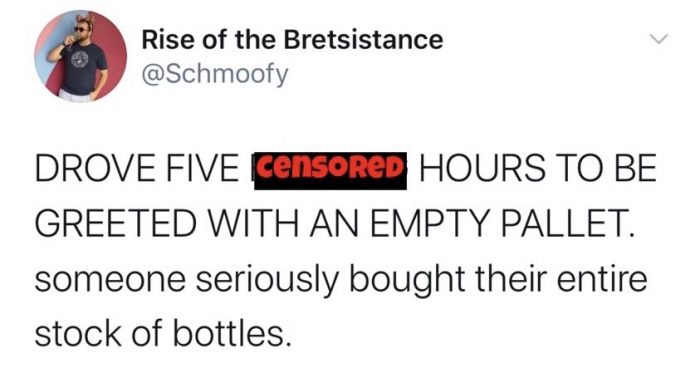 After this shocking development, another member of DisTwitter revealed he had gotten to the store a little earlier…. 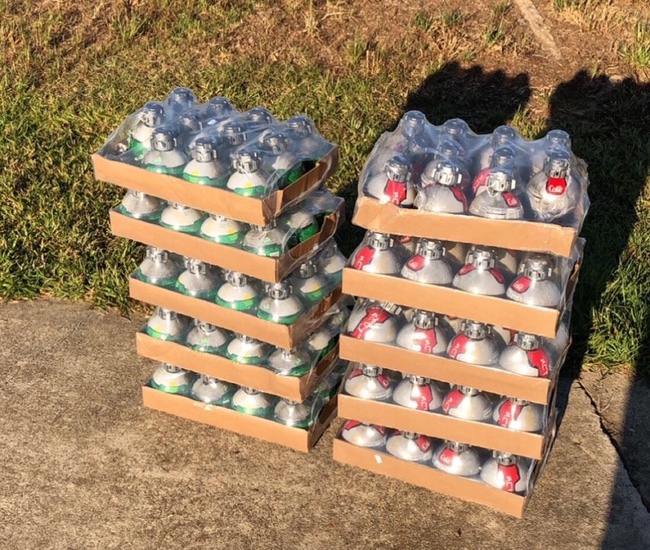 And then proceeds to drop AN EVEN BIGGER BOMBSHELL…. 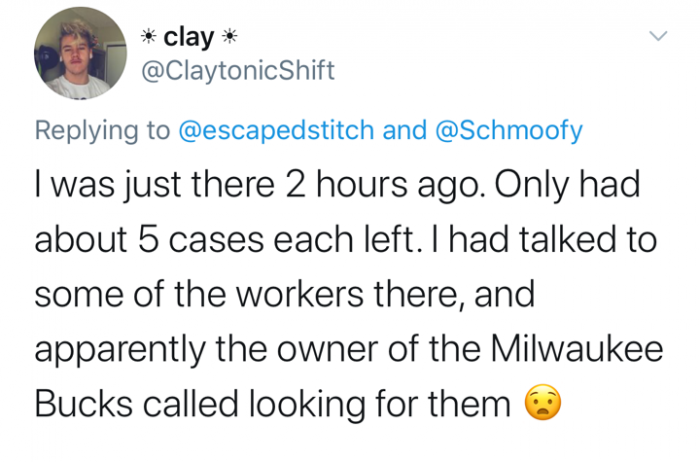 For those who don’t know, the Milwaukee Bucks are an NBA team, and one of their star players is Robin Lopez. A lifelong Disney fan, Lopez made the news last year when it was revealed that he was one of the people who unwittingly bought items which were stolen from Walt Disney World. 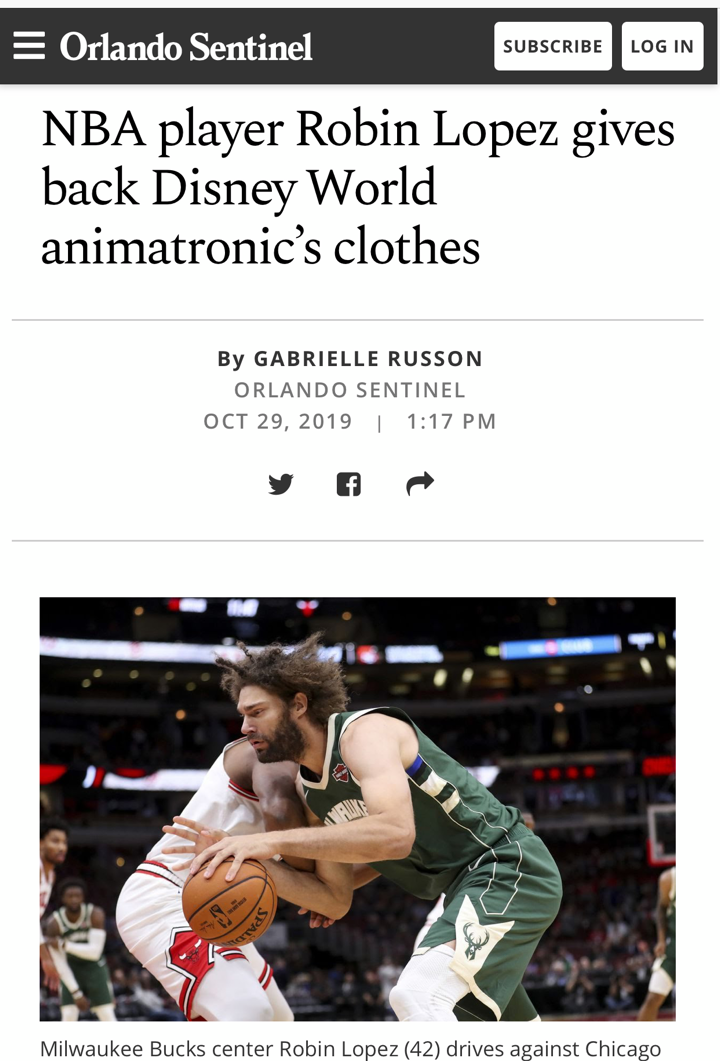 Whether this part of the story ends up being true or not is irrelevant to me because it is so great. It would be like me discovering that the Disney Outlet Stores finally got in that Pandora Utility Suit action figure that I desperately want, only to find out they were all scooped up by JOHN STAMOS.

Believe it or not, there were some people on DisTwitter who mocked @Schmoofy for driving five hours to get the Coke, but I get it. 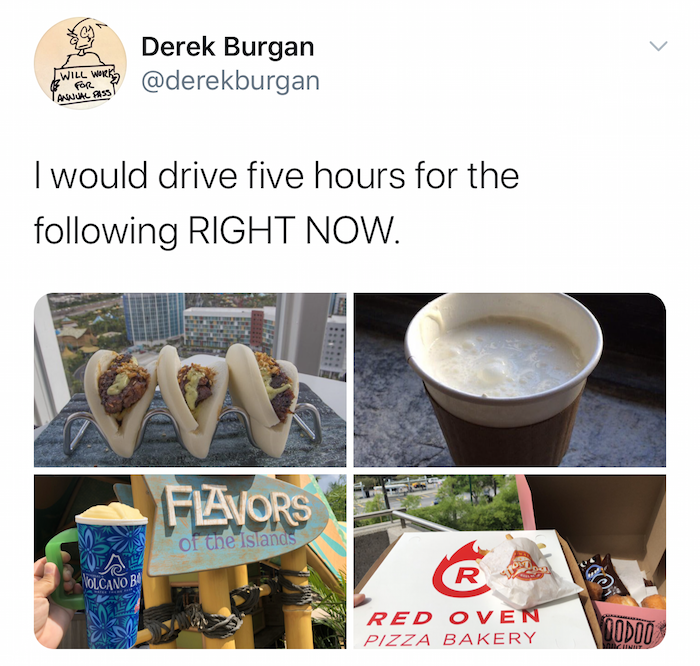 What an amazing story. Now, with that out of the way, we have to talk about Ye Olde Outlet Store Report. The bad news is that the stores were locked shut for the entire month. The good news is that it appears there is a possibility that they could re-open in May or shortly thereafter (knock on wood).  I wasn’t exactly sure what to do, until I was scrolling through DisTwitter and stumbled upon a thread. 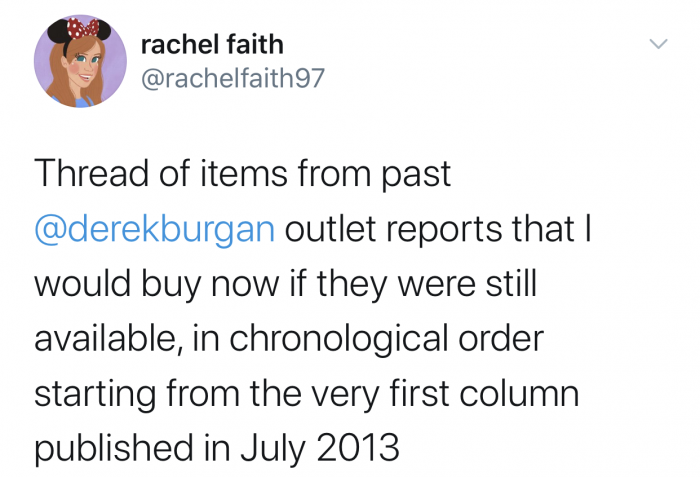 It got me thinking. When I was growing up, a staple of television was “clip shows.” Out of nowhere, a popular character from the show would break the fourth wall and talk to us viewers before showing us highlights from previous episodes. You don’t see clip shows anymore because we can all just watch our favorite highlights view YouTube, DVD, or on a streaming site. But then I thought, if Rachel is interested in these items, there is a good chance that you – Dear Reader – might have some interest too. So we are going to look at running commentary, and in the captions of each item I will give my thoughts along with a behind-the-scenes look at what goes into the Outlet Report. 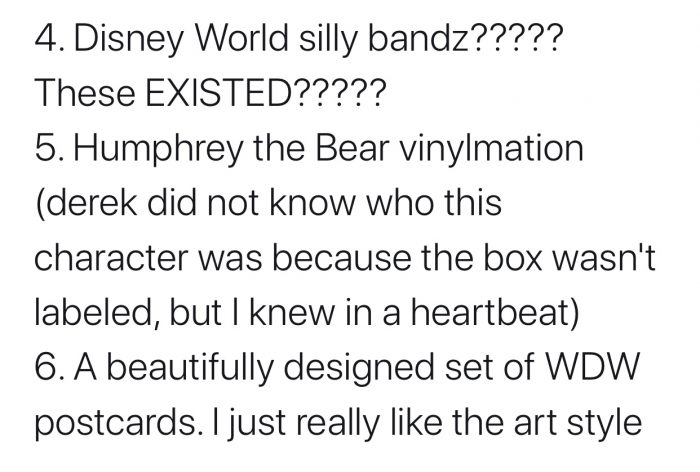 Rachel called out that I didn’t know who Humphrey the bear was at the time. However, over the years I have grown to adore him and you’ll see him pop up in editions of the SATURDAY SIX, including this one featuring The Best Bathrooms in Walt Disney World. 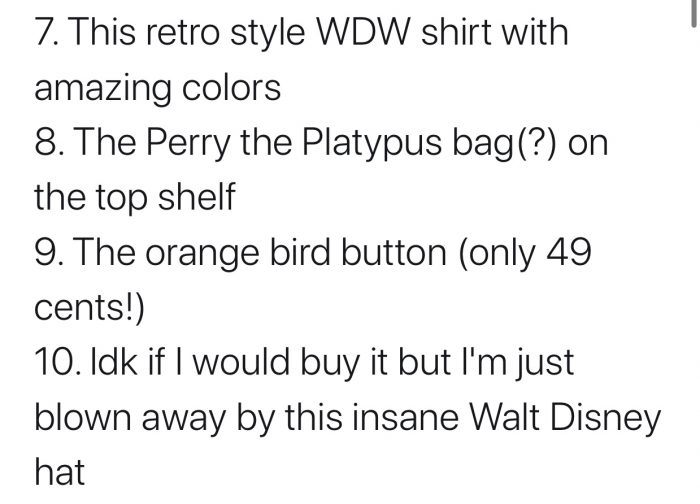 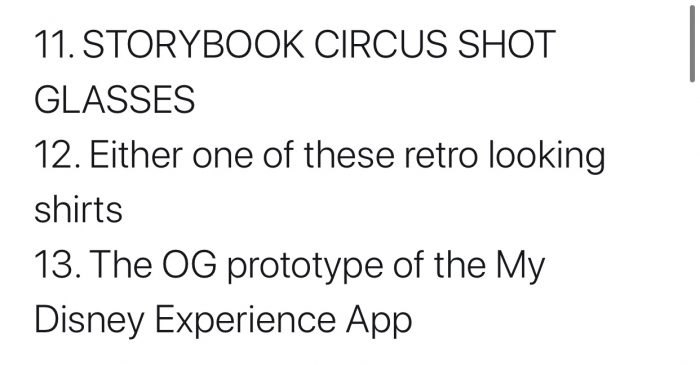 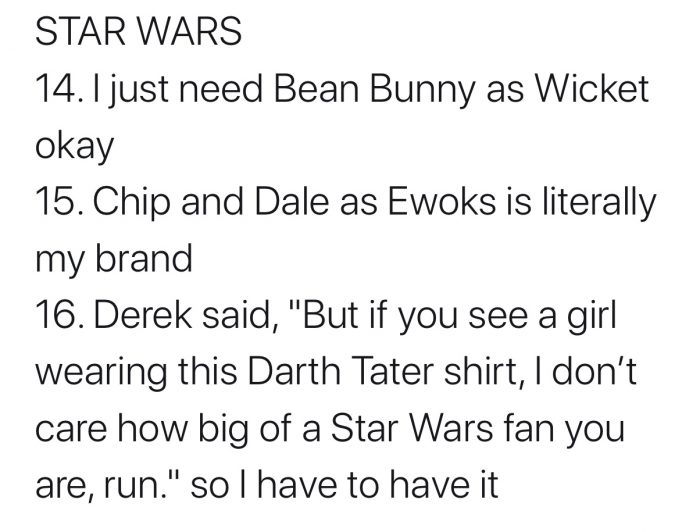 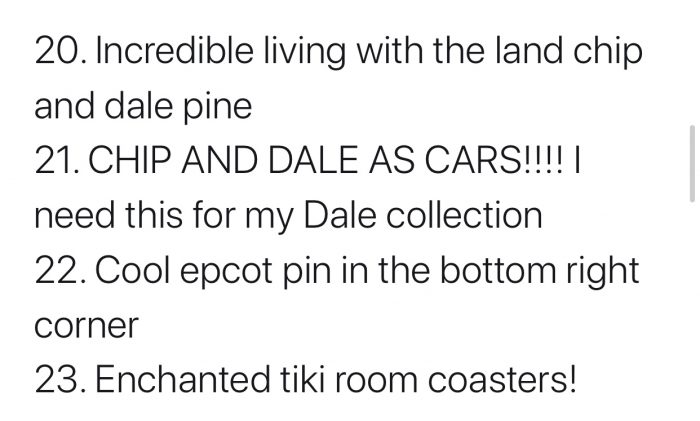 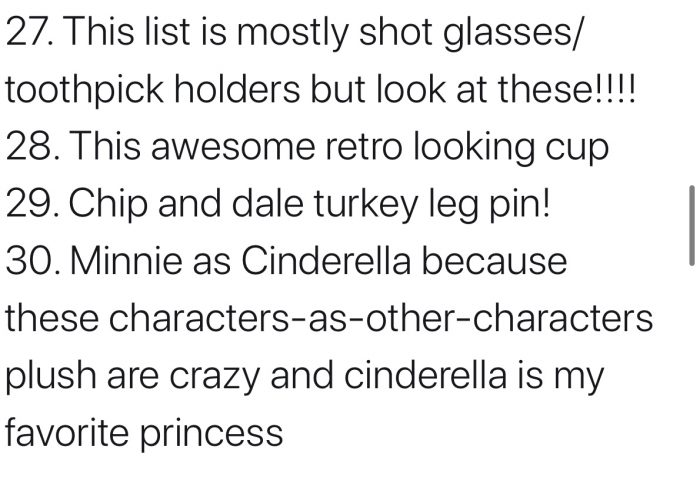 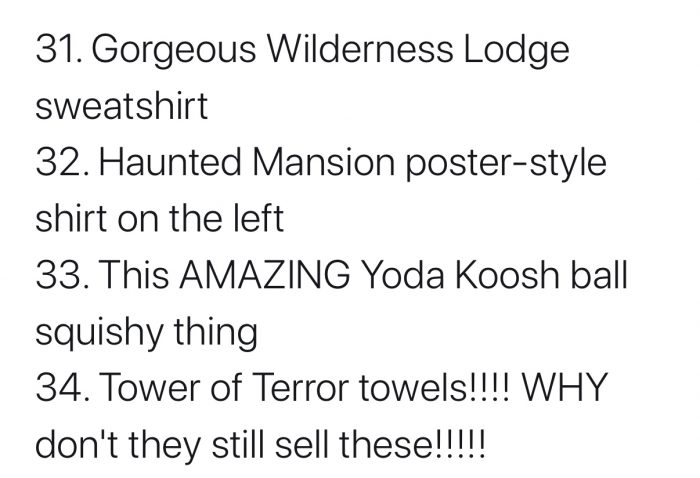 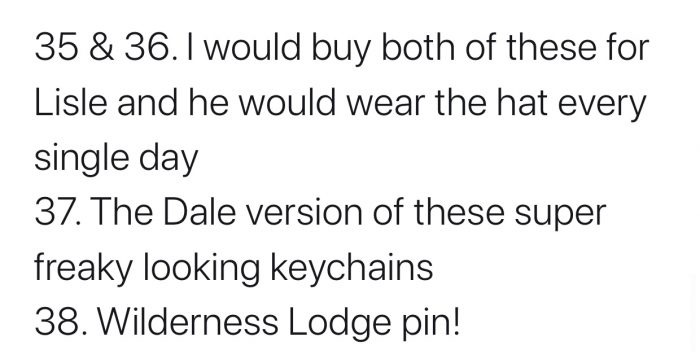 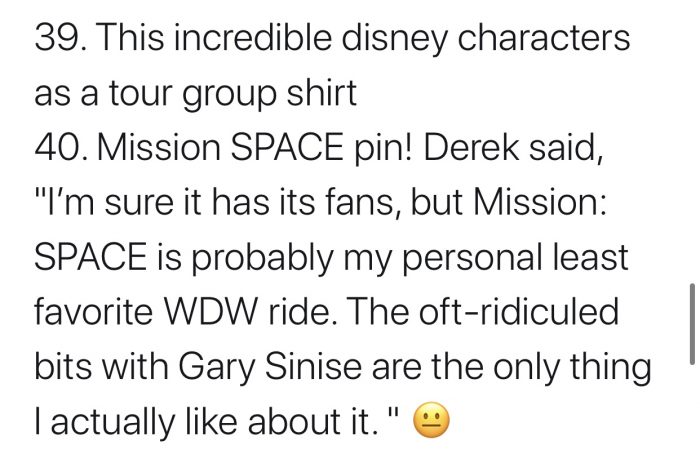 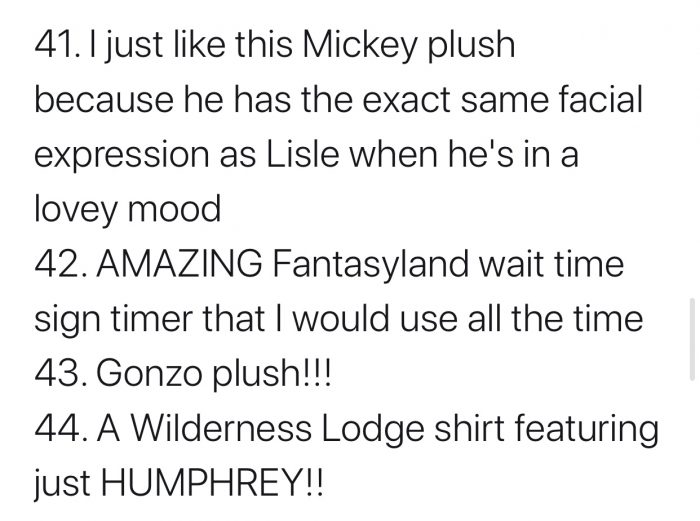 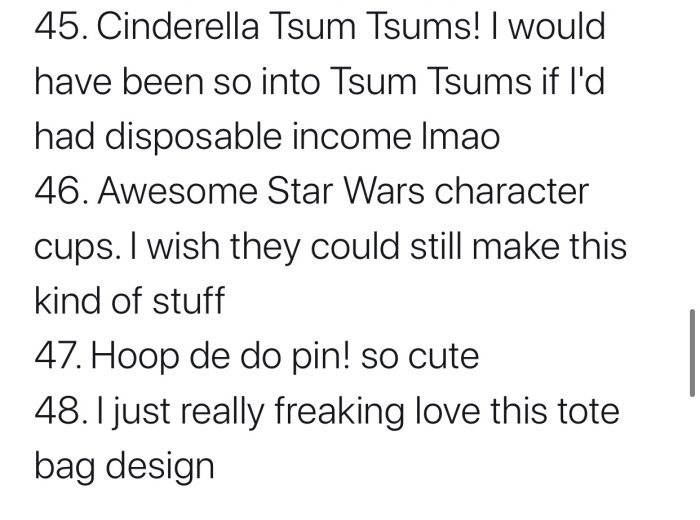 Well, that’s just two full YEARS of items from the Disney Outlet Stores. I hope you enjoyed this look down memory lane, and join me on  thanking @RachelFaith97 for taking the time to post her thoughts. Remember that YOU TOO can check out ANY edition of the Outlet Report from our handy dandy archive located at the end of each report.

4 thoughts on “The Magic, The Memories, and Merch! Looks Back at 7 Years of Disney Treasure, Trash, and Tsum Tsums”