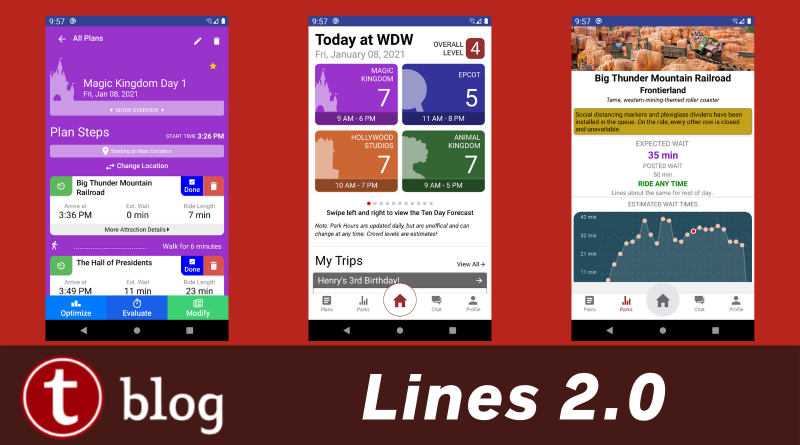 Here’s an update for our Lines expert, Brad Huber:

A new minor update to the Lines app hit the app stores this weekend: Version 2.0.13 for iPhones and 2.0.7 for Android.

The biggest changes are in Lines Chat and Plan Evaluating.

– For Lines Chat, we received feedback that people wanted easier ways to refresh and get back to the top of the screen. So, while you can still Pull-to-refresh, and tap at the top of the screen to scroll to top (in iOS only I think), we added new ways to do both also. At the bottom right of the screen, the “Add Message” button has been replaced by a pop-up menu button. This menu has 3 buttons, for Add Message, Refresh, and Go To Top. Also, you can tap on the “Chat” icon in the bottom navigation menu to scroll back to the top as well.

Also, the chat input box was given its own screen, instead of being a popup. This should help Android users who said the keyboard sometimes covered the “submit” button and they were unable to scroll to it.

– We also changed up the Plan Evaluate function. It never worked great and that’s my fault. Recently it stopped working even more and was becoming a big problem. In the new update, we changed it so that once you press the “Evaluate” Button, you can re-arrange the steps on the same screen, using the “handle” on the left side of an attraction. You can also remove attractions (and undo the removal if you decide to) while in “Evaluate Mode”. It’s still not 100% perfect, but it’s light years better than the old version.

We also have a few other minor updates:

– There was a bug where we were sending Optimization Successful notifications to phones, even when you were using the website to optimize plans. Now you should only receive notifications when you do an optimization from the app.

– We had a bug where the “Save Plan” button on the edit screen would be greyed out if you went there after an Optimize or Evaluate. Thats been fixed.

– We added a Park Info screen to the top of the park where eventually we can start adding any additional info about the current day’s events in the park, like special ticketed events, closures, etc.

– We also changed the App Icon name from Lines to “Lines WDW”… Please dont speculate that this means Universal and Disneyland 2.0 apps are coming soon

, but they will be here eventually, so we’re planning ahead.

The next round of updates that are coming soon include: Adding the ability to input reservations for things like BB8’s Droid Depot (right now users just have to add a Break event), adding back the “Notes” section for each individual step, and fixing a bug where viewing a ride’s submitted waits are hidden when a park closes, instead of just showing them until the end of the day.

We’re always working on adding new features, improving existing features, and fixing any bugs. Please let us know if you have issues or ideas. And if you’re enjoying the new version, you can always leave us a good rating on the app store

Have any feedback for the Lines app team? Any features you’d like to see? Let us know in the comments.