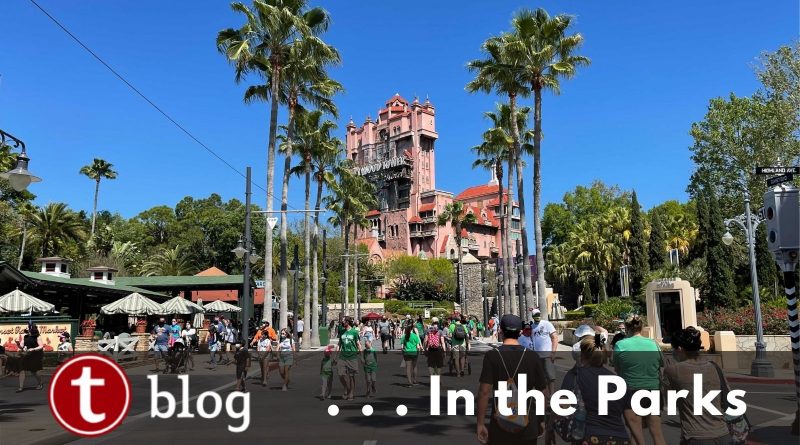 Today we are at Disney’s Hollywood Studios and Disney’s Animal Kingdom, and yesterday we were at EPCOT. With Spring Break and St. Patrick’s Day things have been busy at Walt Disney World. We’re seeing some new procedures for extended queues, lots of new food at Hollywood Studios, and fun character interactions. Come take a look at what we’re seeing at the parks this week.

Around lunch time yesterday, it was an estimated hour wait to get into the Mexico Pavilion. Being Spring Break, the popularity of La Cava del Tequila has increased which contributed to the long wait to get inside the pavilion, but La Cava created an entrance into the building through a backstage entrance.

Also at EPCOT yesterday it was crowded throughout World Showcase, but still not as bad as it would be without the limited capacity. Our team noticed the Innoventions West building is now completely demolished as they headed into World Showcase. Then they grabbed a baguette from the France Pavilion for $2.25, at Les Halles Boulangerie-Patisserie for fuel at the start of the day. There was also a line to get into Mitsokushi at the Japan Pavilion, which is rare.

Before we move on from EPCOT, here’s two cute photos from yesterday of the character cavalcade. Gosh, our team really digs the cavalcades, such a great way to see the characters without any stress!

This morning at Animal Kingdom it’s been extended queues galore! Expedition Everest’s extended queue went so far back that you couldn’t even see Everest from the line’s start. Kilimanjaro Safaris extended queue winded a little through Harambe and all the way to currently-closed Pizzafari. 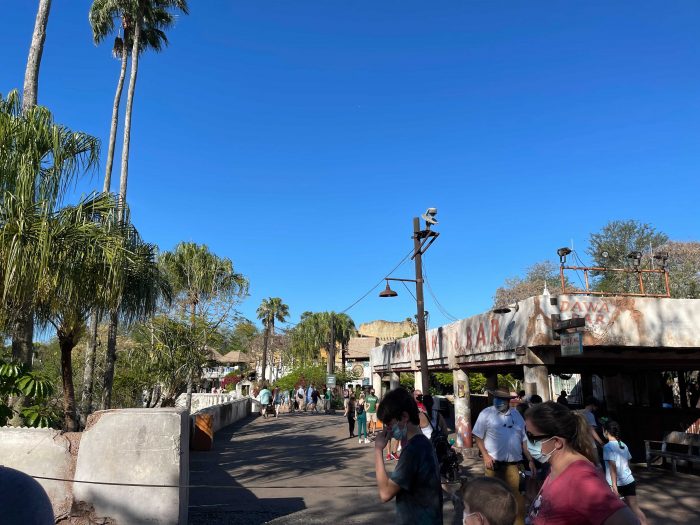 Hollywood Studios has been rolling out lots of new tasty treats and I personally have to say it is taking over as my favorite park for food. Yes, even above EPCOT and Animal Kingdom! Perhaps it is the playfulness that is showing up in many of the new treats. Maybe it is because Hollywood Studios is doing better plant-based food than Animal Kingdom. But, there’s some good stuff coming out of the kitchens here. We have reviews on the Paint Can Cake and the Hazelnut Crunch Cannoli already. And we’ll have full reviews of the latest treats very soon.

In additional news at Hollywood Studios, the famous spork is back! For those unaware, the spork was the utensil of choice when Star Wars Galaxy’s Edge first opened. Some guests found it difficult to enjoy their food with this themed utensil. Other guests decided they loved it so much that they started mysteriously disappearing. So the sporks went away, but now the are back and available for sale at Docking Bay 7. Hooray for free enterprise in the Star Wars universe!

It is also newsworthy that on ride photos can now automatically show up in your My Disney Experience account if you have Bluetooth enabled. This is in pilot at Rock ‘n’ Roller Coaster and Tower of Terror.

And finally here’s a look at today’s crowds at Disney’s Hollywood Studios.

As an additional note, we’ve noticed some FastPass+ signs are covered up at just a few attractions. We won’t get into any sort of theorizing as to why that might be. It’s just interesting to see. It is important to note that the amount of attractions that still have a visible FastPass+ sign far outnumber those that do not.

Let’s take a look at the attractions that we’ve seen with the FastPass+ sign missing or covered up: