Those of us regularly following Priceline Express deals dream of the heady days of two thousand ought eighteen. Express Deals for Disney resorts then roamed freely among us on the teeming plains, both bountiful and affordable.

This year: not so much.

While there definitely have been some good deal drops in 2019 (sorry, I couldn’t type all those numbers out again), they have appeared in fits and starts and in smaller numbers. The October deals we posted about last time hereabouts are still out there for the taking, but the November calendar remains empty of Expressiness.

However, thanks to a tip-off from Touring Plans member @seren77, I have some Animal Kingdom Lodge Express Deals to point you to in the weeks leading up to Christmas! A very unexpected development, to me at least.

As an added bonus for we more value-oriented, I was lucky enough to find a small drop of $94 All-Star Movies deals for check-in dates from December 20-24. 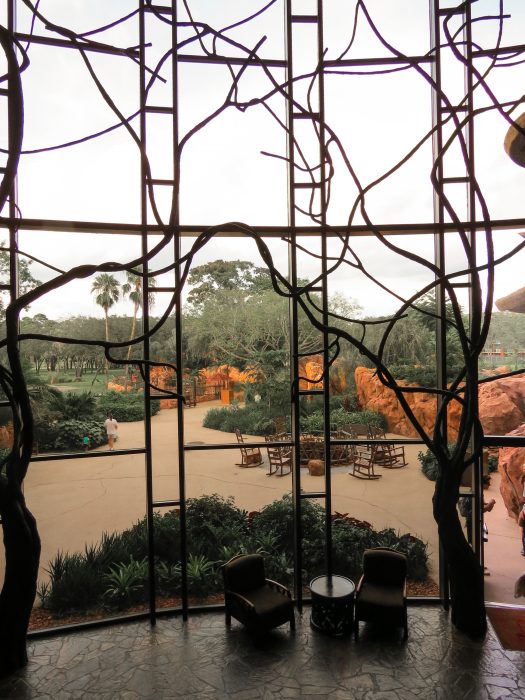 Now, personally, I’m more of the “hotel deals are in the under $200 range” kind of person because, you know: budgets. But, while the Animal Kingdom Lodge deals are around $250 to $275, I think they are still a very nice discount in comparison to what’s out there right now.

For example, if you searched these same dates over on “regular” Priceline instead of looking for hidden Express Deals, you’d see some $450 rates for the same resort. If you head over to Disney’s reservation site, their best rate is the Holiday Room Offer, with a Standard room going for $372 and a Savannah View for around $513.

(An Aside: This section is entirely speculation: Those rates in comparison to the Express Deal amounts has me wondering if these could be Savannah view rooms. The Express Deal says it is 46% off – if you apply that to the $513 Disney Savannah View price you get $277. Priceline clearly states that particular room types are not guaranteed in hidden deals and that assignments are made upon check-in. But, that makes my brain go “Hmmm.”)

In any case, If you think of these Express Deal prices in the context of the busy Christmas season – I think overall they are pretty nice ones. 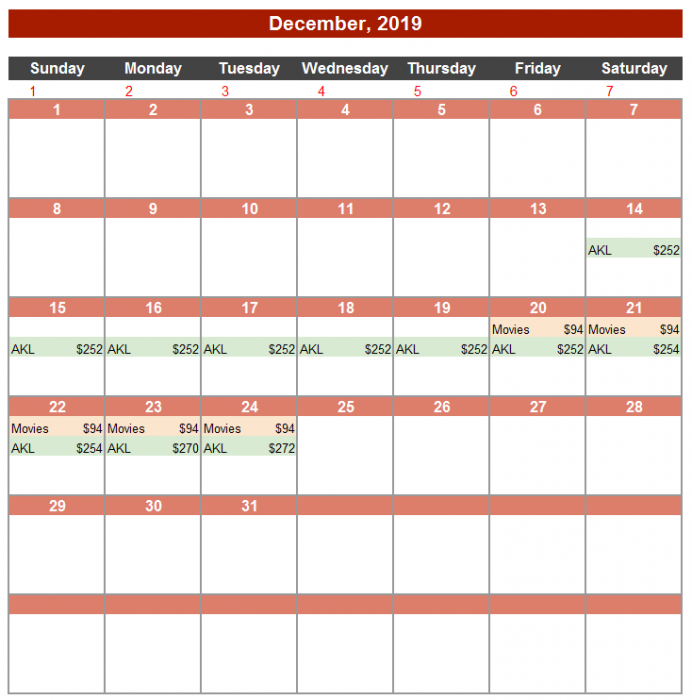 Now that you’ve seen the days these deals are for – there are some tips I want to share to help you entice Priceline to show them to you. (You may have seen these in earlier posts, but never hurts to have a refresher.)

As is often the case, you may need to shift your window of start and end dates around to get some of these days to appear.

For example, if you wanted to start with December 14 as your first night, I found through much scientifically verified testing (read: I did a lot of clickety-clicking and note taking) the only way to get the dates 12/14 through 12/17 to appear was to search for a window starting with 12/14 and going to at least 12/18. I also found that if you use that 12/14 starting date, you could search all the way to a check-out date of 12/25 and have the Animal Kingdom Lodge deals appear! Sounds like a plan to me. Merry Christmas kids!

If you wanted a shorter time period of dates, I found that if you instead start on 12/15 you could search for just 1 or 2 nights and the deals would appear. So, again: if you don’t see these deals in your search results and your trip dates are flexible, try moving the start and end dates around.

Watch For Pop Up Deals

Sometimes even if Express Deals are available for a resort on a particular day, they may not show up in your initial search results. A simple trick to entice Priceline to show you more deals is to click one or more of the ones they do show you – often more deals for the same type of hotel will pop up in the results just below the one you clicked.

For example, neither of the results below are Disney resorts – but if you click that Choose button on the 4* result…

…a few more 4* resort deals appear below it. I believe it just so happens all three of these additional deals are Disney resorts, although those first two are hardly “deals”. (Those high cost deals are almost always out there, I just ignore them and hope they’ll wander away on their own.)

But that third one looks like the Animal Kingdom Lodge deal we’re seeking! 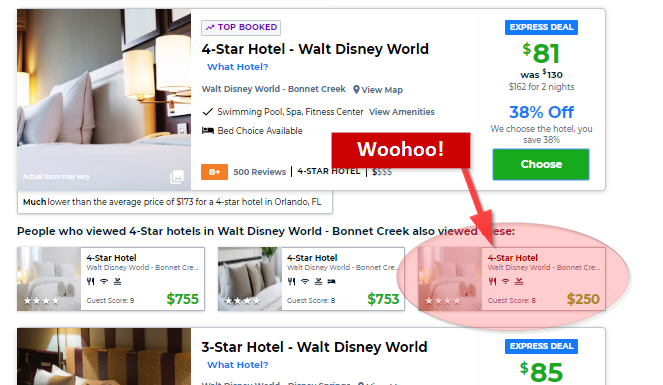 I hope these tips make finding some Animal Kingdom Lodge and All-Star Movies deals easier for you – let us know in the comments if you were able to find a deal for you!

6 thoughts on “Priceline Deals in December”