A Happy New Year to all! I’m going to get right to the point in this post and just post some calendars for you.

An absolutely ginormous drop of Priceline Express Deals came out earlier this week.
Fact: Several Deluxe resorts we haven’t seen in deals for awhile were included in the drop.
More Fact: The deals started NOW and ran all the way to next Thanksgiving!

Not all of the deals were actually that good. Don’t get me wrong, they all had some sort of savings. But most weren’t on the order of $48 for Sports and all-the-churros-you-can-eat* deals.

(*There has never been an all-the-churros-you-can-eat* deal but that would be cool, right?)

While trying to determine the extent of all them deals, I also noticed that many resorts had different amenities than they did before. As I waded hip-deep in Express Deals to report here PLUS kept track of changing amenities I noticed the deals further out in the year starting to ghost away with the old and dreaded “Sorry! This deal is no longer available” message.

That’s happened before in large drops like this – but in the past the deals would come and go over time. If you are looking for a nice room deal later in the year you would be wise to check back several times over the next few weeks to see if they’ve shown back up.

Back to the good news: As of now, you can still find deals available up to March 1st or so – and again: they are across all resort types, so something for everyone. The calendars below should give you a good picture of what you might find right now.

If you see relatively higher-priced deals for Art of Animation (AoA) in the calendar, I’d be inclined to opine that they are for Family Suites. Sometimes the deals even have bed selections, which will give it away as a suite away for you.

Tip: There are deals in these calendars that appear orphaned all alone in the middle of nowhere – but if you try searching sliding windows around them, you’ll often find that deal will expand to fit more than the single day. (I usually do that for these posts, but so much happened at once this drop!)

Finally, because of space constraints in the calendars I use short versions of Disney resort names. I think most of the time they are easily identifiable, but in the interest of clarity please note that “Jambo” is Animal Kingdom Lodge – Jambo House, and “BRV” is the Boulder Ridge Villas.

Because there were a good number of deals, I’ve broken the calendars below down into Value, Moderate, and Deluxe calendars for January and February. 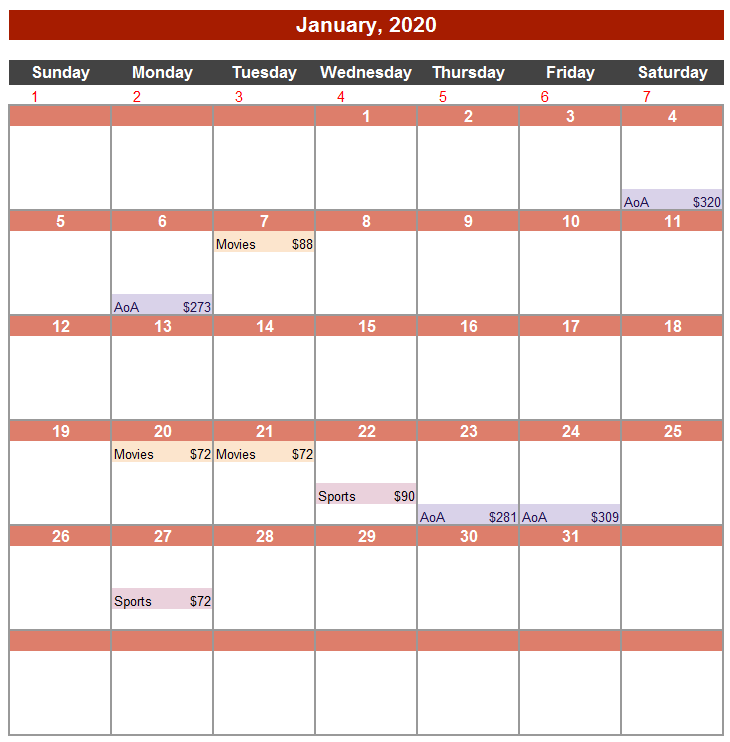 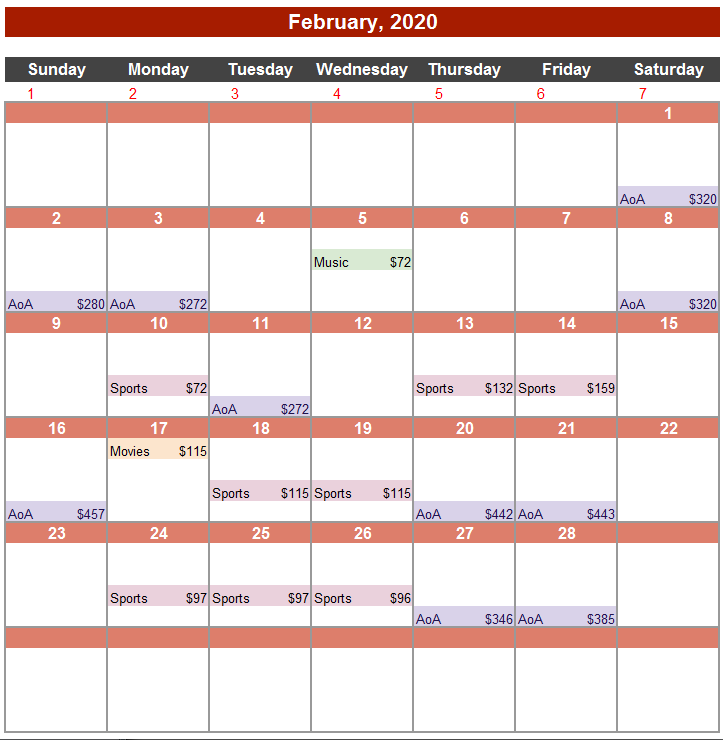 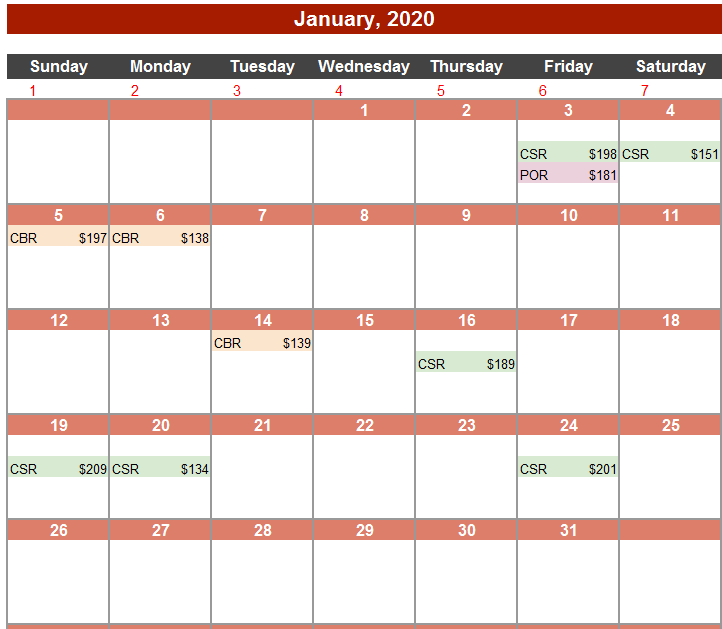 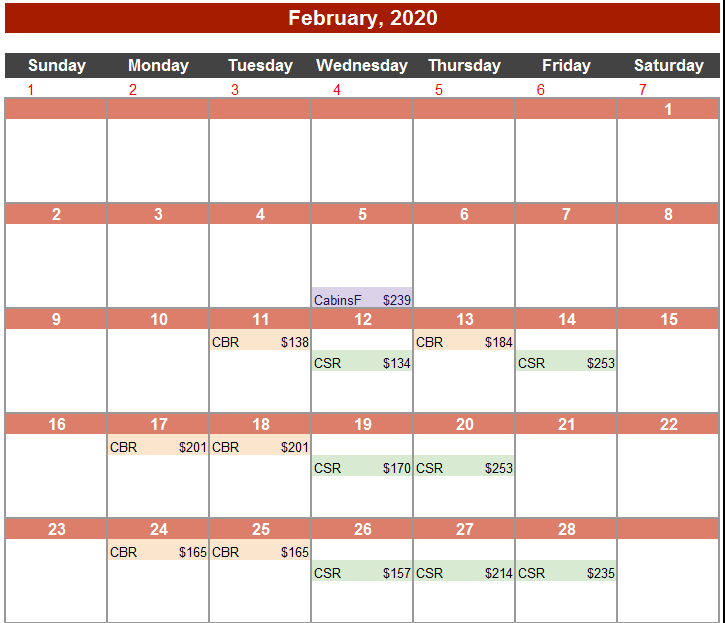 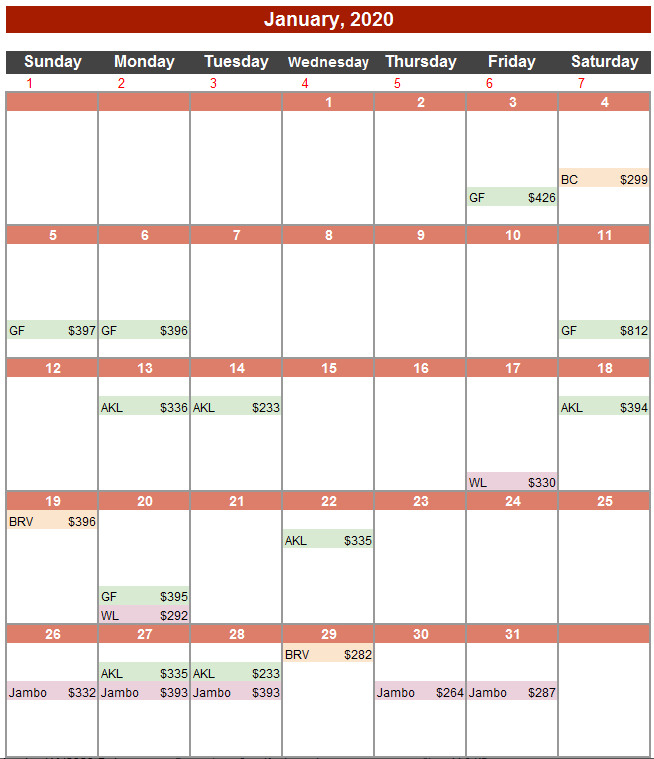 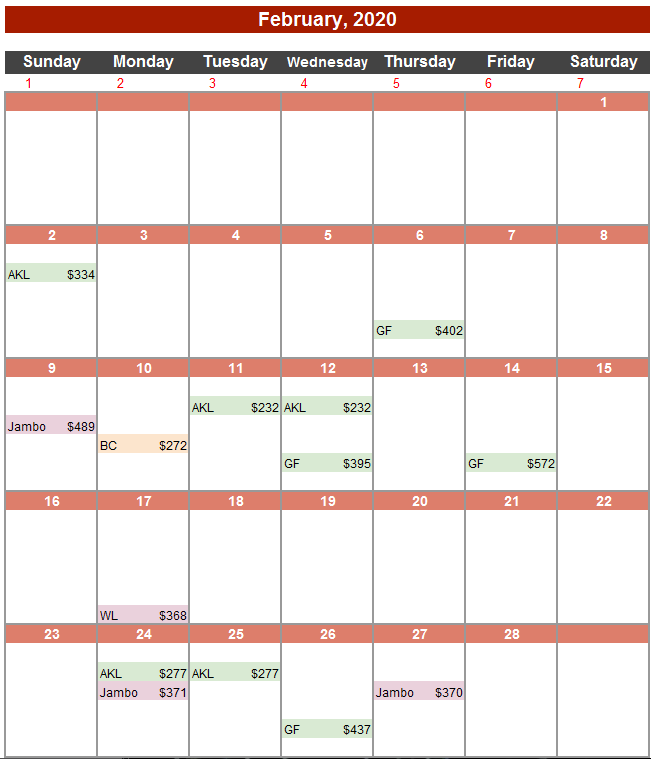 Let us know in the comments if you’ve found any particularly exciting deals in this drop!