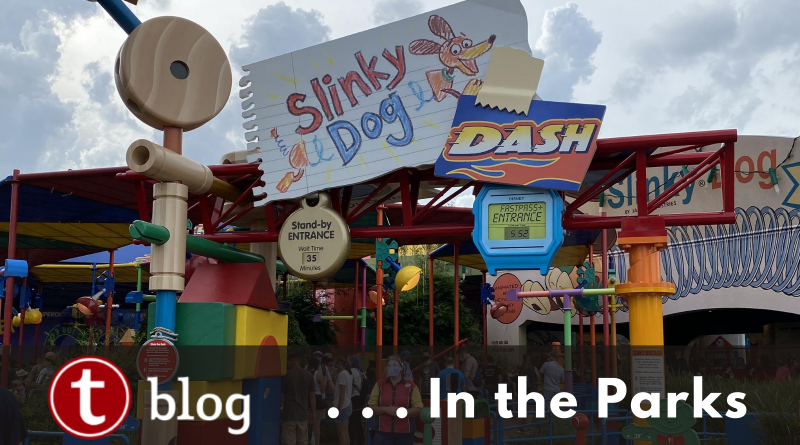 Yesterday morning, Disney’s Hollywood Studios experienced a major disturbance in the Force. The star attraction of the park, Rise of the Resistance, failed to produce boarding groups at the 10:00 a.m. park opening. This led to the most eager of guests being unable to secure return times at park opening to ride what is the most anticipated attraction of the park. It is easy to imagine that this would increase wait times throughout the park. Not only that, but it could throw off the plans of many guests.

In addition to the unexpected lack of early morning availability for Rise of the Resistance yesterday morning, Tower of Terror experienced some unexpected downtime too. Thankfully our TouringPlans Lines App makes it possible to adjust your plans in real time, without having to use a Jedi mind trick. Our app uses real-time data to show expected wait times compared to Disney’s posted wait times. Recommendations on which attractions to experience when are updated throughout the day based on changing conditions.

Around 11:30 a.m. both Rise of The Resistance and Tower of Terror were unavailable. Here’s how wait times looked then. We’ve included the wait times that Disney posted as well as the expected wait times our Lines app calculated.

Now, let’s look at the Observed Wait Times from yesterday that are available on TouringPlans.com.

With the morning’s disruptions it would become necessary to adjust plans based on real-time data. Our Lines app directs users how to adjust their plans to reduce their wait times. For example, on the current day, the Lines app would indicate to wait until later in the day for Mickey and Minnie’s Runaway Railway as the wait time always goes down. But Toy Story Mania was going to stay at 10 -15 minutes throughout the day and would be good to ride anytime. Furthermore, with the unexpected downtime of Tower of Terror, the wait time at Rock ‘n’ Roller Coaster was higher than normal since it is right next to Tower — so our Lines app would recommend waiting until later in the day. The same is true for Millennium Falcon Smugglers Run as well.

It seems the outage for Rise of The Resistance Boarding Groups was due to a nationwide outage of a major internet provider. Other digital Disney services were disrupted too. The disruption led to distribution of boarding groups taking place at 12:00 p.m. and 2:00 p.m.  As boarding groups were distributed and guests could begin riding Rise of the Resistance, we saw wait times throughout the park decrease. Tower of Terror came back online as well.

By 5:30 p.m. the wait times across Disney’s Hollywood Studios were half of what they were during the morning and early afternoon.

To give more context about how the unexpected lack of availability of Rise of the Resistance Boarding Groups and the unexpected downtime of Tower of Terror impacted wait time at Disney’s Hollywood Studios, let’s look at the past three Sundays.

Wait times were a little higher than the previous Sundays during the morning, and then they leveled out in the afternoon. Overall the loss of Rise of the Resistance and Tower of Terror did impact guests in the morning, but wait times improved significantly in the early evening. In a situation like we saw yesterday it would be very helpful to have our Lines app along with you so your day can be adjusted on the spot, allowing you to save lots of time.

When was the last time you were at Disney’s Hollywood Studios? Have you had a chance to experience Rise of the Resistance yet?