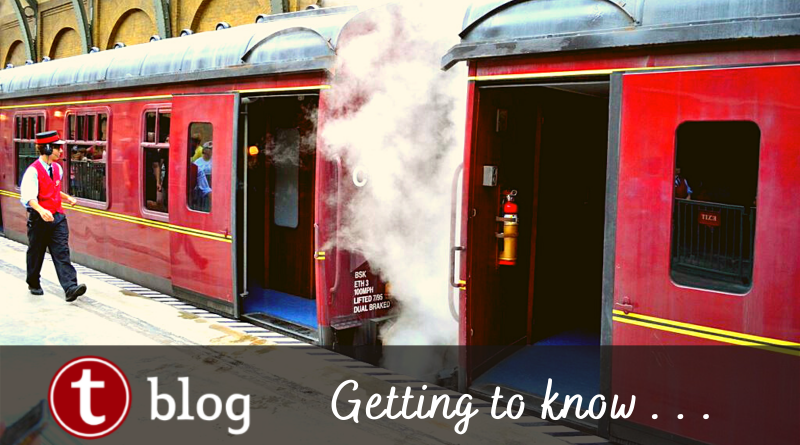 Hogwarts Express is a slow train ride that simulates the trip between King’s Cross Station and Hogsmeade Village. Guests ride in the iconic train, just like Hogwarts students, in movie-replica cabins that seat up to 8. Cabins feature a virtual window to the outside world that show familiar sights from the Wizarding World. Windows facing the trail passageways are frosted and a unique projection system casts shadows giving guests an immersive experience.

The ride experience starting at the Hogsmeade or King’s Cross stations is completely different. Guests beginning at King’s Cross have a large air-conditioned queue to cross from the muggle world to the Wizarding World at Platform 9 3/4 and board on a grandiose train platform straight from the movie. The ride film from King’s Cross to Hogsmeade features owls, Dementors, the trolley lady, and Hagrid. Comparatively, the Hogsmeade Station queue is entirely outdoors (but covered), and the ride features the Weasley Twins, Voldemort, and the Knight Bus.

Unlike most attractions, Hogwarts Express encourages guests to carry food and drink onto the ride. In fact, the King’s Cross station even includes a snack stand in the queue featuring crisps, candies, fruit, drinks, and even beer!

Thanks to its accessibility and a memorable ride experience, the Hogwarts Express ranks as one of the best attractions at the resort. There are not many iconic experiences in a theme park quite as memorable as a ride on the Hogwarts Express – from riding in movie replica cabins, crossing over to Platform 9 3/4, and even disembarking the ride in a totally different park. The ride experience lives up to the hype–make sure you ride in both directions to see the complete experience.

Because the attraction is park-to-park transportation only guests with park-to-park tickets can ride, a sneaky upsell by the Universal pencil pushers. The queues for King’s Cross and Hogsmeade vary in waits throughout the day; in the mornings and evenings the lines remain at or under 15 minutes while queues will surge in the late mornings and mid-day as guests who experienced Potter land transfer over to the other park.