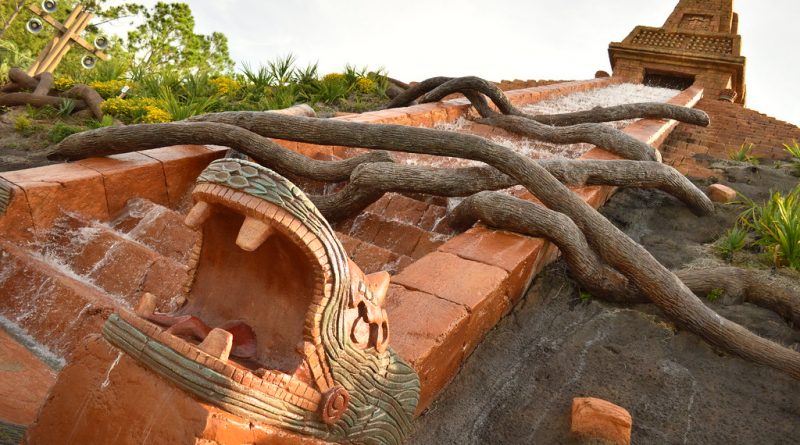 With 26 on-site resorts at Walt Disney World, there is a wide variety of choices for families coming down. We’ve covered many here on the SATURDAY SIX including Value Resorts (Art of Animation and Pop Century), Moderates (Port Orleans French Quarter and Caribbean Beach), and Deluxe (Fort Wilderness and Animal Kingdom Lodge). We also can’t forget the Disney Vacation Club resorts such as Old Key West and Saratoga Springs. Today we are going to take a look at one of WDW’s most underrated resorts, Disney’s Coronado Springs.

There are several reasons Coronado Springs doesn’t get the love and attention other Disney resorts do. One of the biggest factors is that Coronado caters heavily towards the business convention crowd as opposed to vacationing families. Believe it or not, this actually provides a benefit to the families staying on site, but we’ll get to that later in the article. It should also be noted that Coronado is relatively off the beaten path at WDW (it sits close to Blizzard Beach and Winter Summerland mini-golf, but little else). It’s not a place you generally run into while enjoying something else at The World. We’re here to let you know that you should go out of your way to check out Coronado Springs, and we have our six best reasons at the ready. So let’s kick off the countdown with…

One of the greatest strengths of Walt Disney World’s “blessing of size” is that not only do we get such a wide array of resorts, but for – the most part – the resorts themselves are huge and allow for some unique experiences. Coronado is a LARGE resort, but that works to its advantage as it is so big that it can offer an actual Nature Walk to guests. You can always just walk the grounds and enjoy what you come across, but Coronado also offers a handy dandy Nature Walk guide map. This guide is generally found in each room, but you can also get one at the gift shop kiosk out by the Lago Dorado lake. Inside there is a map of the resort, along with identification of some of the many plants and animals you may encounter.

Coronado Springs is one of the few resorts at Walt Disney World that offers a wide array of spa services to guests. At the spa, guests can sign up for massages, manicures, pedicures, facials, hair treatment, and more. Located right next door is the fitness center, which has a good amount of equipment for anyone looking to break a sweat.

Disney has many sprawling resorts, but generally the guest rooms in each location are pretty much the same, whether at the All Star Resorts or the Poly longhouses. This is NOT the case at Coronado where much of the resort is broken up into three distinct areas: Casitas, Ranchos, and Cabanas. Each of the three sections have a separate Southwestern theme, and they all border the 22 acre Lago Dorado body of water. Of the three, Casitas most resembles a traditional “hotel” experience, and are also the closest guests areas to the large convention space of Coronado. There are several gorgeous fountains in the Casitas, and the entire area pops at night with lighting features.

The Ranchos section is one of my favorites in all of WDW. This is something that you just don’t see anywhere else. You are totally pulled into the “story” here with giant cactuses and an almost desert-like feel. The buildings themselves have stonework that look like you’re approaching a large cattle ranch.

The pastel colored Cabanas are themed to residences off the Mexican coast. In front of the Cabanas buildings is a beach area filled with hammocks. The Cabanas are a quaint section of the resort that never feels “busy,” and are located close to the nearby Dig Site pool area.

In years past, you could make a case that the overall size of Coronado Springs could also be a strike against it, as there was no easy way to get from – say – the Ranchos at one of end of the resort to the main building with the food court and gift shop. That changed this year as three bridges were built across Lago Dorado that connected the entire resort. Even better, the Three Bridges Bar & Grill was also built and it immediately became one of the most wonderful restaurant experiences at any Disney hotel.

Will have to admit that any Disney restaurant that uses actual comic book pages in its overall theming is going to rank high on our list.

One of the biggest changes to ANY resort came in the form of Gran Destino Tower. Shockingly large, and located right at the very front of the resort, Gran Destino brings with it some awesome amenities that Coronado Springs just didn’t have to offer in the past. Some of these perks – such as Presidential suites – are designed for the convention crowd to woo clients. Many other the other great parts of the tower are available to everyone, including guest rooms with stunning views of Walt Disney World you can’t get anywhere else. One of our favorite parts of Universal’s Aventura Hotel is the birds-eye view you can get of the entire Universal Orlando Resort from the rooftop Bar 17. Gran Destino has both a full service restaurant (Toledo: Tapas, Steaks & Seafood) and the Dahlia Lounge on the top floor. Both offer jaw dropping views of Walt Disney World, with Dahlia even having an outdoor portion for guests to enjoy.

To read our full thoughts on the new experiences at the hotel, check out our SATURDAY SIX on Grand Destino Tower.

Formerly known as the Pepper Market, El Mercado is the “new and improved” food court of Coronado Springs. Pepper Market’s next level bonkers theming is gone (including two story tall piñatas) and replaced with a more basic and contemporary look. The food is still great though, and the nachos may be one of the best food values on property.

One of the questions we get a LOT at TouringPlans is “where can I watch my favorite team play?” Outside of the ESPN Club at the Boardwalk resort, there isn’t that many go-to places to watch sports at Disney World. For those of you who love to have your heart broken watching Chargers games like Your Humble Author, the former Rix Lounge has been transformed into Rix Sports Bar & Grill. The area now has a ton of TVs that will be playing all the big games. Come for the TVs, stay for the drinks and solid menu.

So there you have it: Six Reasons We Love Disney’s CORONADO SPRINGS RESORT! See you next weekend for the latest installment of the SATURDAY SIX, where we’ll look at something fun from the world of Disney and Universal. If you enjoyed yourself, be sure to check out The Magic, The Memories, and Merch! articles, or, for your listening pleasure, check out the E-Ticket Report podcast. You can also follow Your Humble Author on Twitter (@derekburgan).

The Six MOST REQUESTED HOTEL ROOMS at Walt Disney World 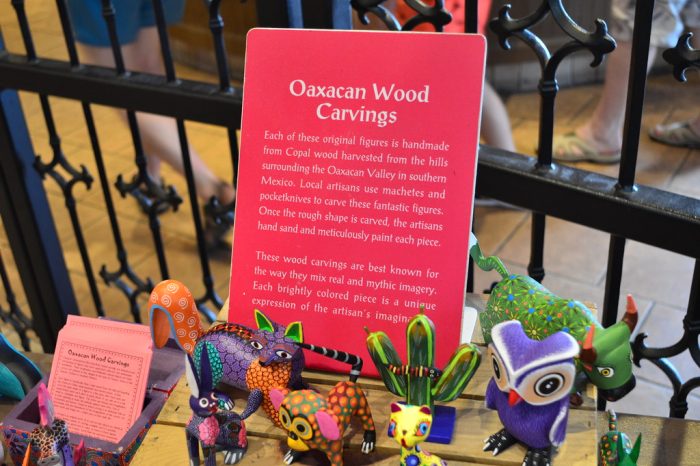