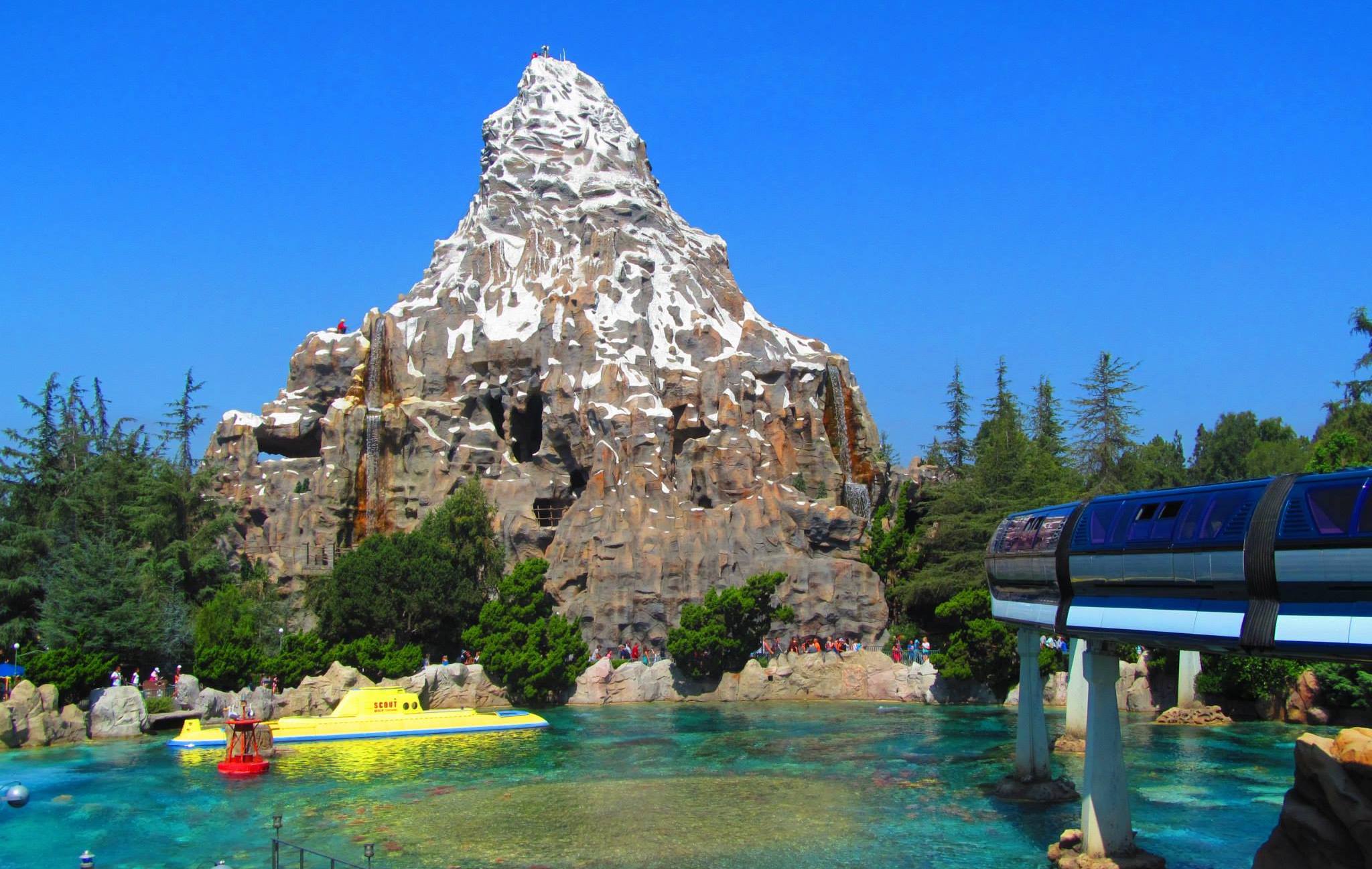 This week’s SATURDAY SIX takes a look at 6 Attractions You Can ONLY Experience at DISNEYLAND! As Walt Disney World annual passholders, we here at the SATURDAY SIX headquarters often find ourselves a little jealous of our Disneyland counterparts. While Guy Selga and his ilk enjoy multiple nighttime parades while eating various flavors of churros, we in Orlando have a park that is going to operate with a total of 3 rides. So today we are going to head back into The Park That Walt Built and check out 6 attractions that you can only experience there, and let’s start off with…

While not an opening day attraction at Disneyland, Alice in Wonderland came along only several years later and contains a wonderful mix of old school Disney Imagineering tricks along with some modern day bells and whistles. Guests ride distinctive caterpillar cars and experience the Alice in Wonderland story; complete with three dimensional sets, classic audio animatronics, and some nifty projection effects. Like Happily Ever After in WDW, the ride uses hand-drawn animation to help bring the story to life while adding oodles of charm. Alice is also the only two-story Disney dark ride with an outdoor section, adding to the fun factor.

One of our favorite types of attractions in any park are those that feature Cast Members in spieling roles. Unfortunately many of those rides have gone straight to the Disney Dump or have been converted into an automated spiel like Living With The Land. Disneyland still has that great CM/guest interaction with the Storybook Land Canal Boats. An opening day attraction, Storybook Land has guide-operated boats winding along canals with guests looking at miniaturized locations from classic Disney animated films such as The Three Little Pigs and The Wind in the Willows along with more modern fare such as Aladdin and Frozen. In a recent SAT SIX we mention how much we adored the miniaturized cityscapes in Legoland Florida, and Storybook Land is a lot like that except using some of our all time favorite Disney films.

On episode #92 of the Disney Dish podcast, Len Testa and Jim Hill covered the “Save Mr. Toad Protests.” 20/20 hindsight shows us this protest was Patient Zero in the current epidemic of guests overreacting to rides closing. However, while we in Florida mourn the passing of the Mr. Toad ride, guests out in Disneyland still get to enjoy this “classic.” While several other Disneyland opening day attractions show how far ahead of the curve the park was compared its competition (including Jungle Cruise and Peter Pan’s Flight,) Mr. Toad’s Wild Ride looks and feels every bit of it’s 60 years of age. There are some positives though; the Mr. Toad ride vehicles let young drivers feel as if they are the ones driving through this nonsensical story, and it’s one of only Disney moments where guests get to visit a literal version of Hell (unlike the figurative version we in Orlando get when trying to book an ADR for Be Our Guest restaurant or a FP+ for Flight of Passage.)

Like the Animal Kingdom’s Tree of Life and the Hollywood Tower of Terror at DHS, the Matterhorn at Disneyland is one of the most iconic theme park landmarks ever built. This unique roller coaster also offers something that WDW doesn’t have: a Yeti that actually works. The Matterhorn contains all the thrills of a typical Disney coaster, but none of the big drops as instead the guests find themselves speeding around the mountain. Various enhancements to the ride over the last decade make the bumps and bruises you’ll get from the experience worth it.

Disney submarine rides may be the slowest-loading, least practical attractions ever made for the parks, but there’s one thing you can’t deny: they are incredibly cool, especially for young kids. While WDW sank their 20,000 Leagues Under the Sea attraction in the ’90s, Disneyland found a way to reinvent the ride using the Finding Nemo brand. There’s just something special about boarding an actual* submarine and going underwater to see some of our favorite characters through the use of practical effects and screen based technology.

*not an actual submarine, but it feels real!

A certified Must Do for any Disney fan, The Disneyland Story featuring Great Moments with Mr. Lincoln is one part museum, one part rousing attraction. With a lobby area featuring rare Disney memorabilia and some fantastic videos, Disney fans young and old will find themselves captivated by history. The main attraction though is in the large theater, where Great Moments with Mr. Lincoln brings guests up close with true Disney magic. Created in 1964 for the World’s Fair, longtime Disney fans have heard the stories of guests at the time swearing that the Lincoln audio animatronic was a real person. Despite over 50 years of technological advancement since then, the Lincoln animatronic is as impressive as ever, and his life’s story even more so.

So there you have it: Six Attractions You Can ONLY Experience in Disneyland! See you next weekend for the latest installment of the SATURDAY SIX, where we’ll look at something fun from the world of Disney and Universal. If you enjoyed yourself, be sure to check out The Magic, The Memories, and Merch! articles, or, for your listening pleasure, check out the E-Ticket Report podcast. You can also follow Your Humble Author on Twitter (@derekburgan).

The SATURDAY SIX Looks At Disneyland’s SUMMER OF HEROES

Special Thanks to our spirit animal Brandon Glover, Dateline Disneyland‘s own Brian Pinsky, Mr. ‘Ohana Tim Grassey, the SAT SIX fun squad of Parkscope Joe and Nick, and blogger to the stars Megan Stump for their invaluable assistance with this article. Be sure to also check out Brandon on The Park Blogger podcast with goofballs co-hosts Aengus Mackenzie and LitemAndHyde , while fellow Potterheads may enjoy Meg’s work on the Central Florida Slug Club.

13 thoughts on “SATURDAY SIX: 6 Attractions You Can ONLY Experience at DISNEYLAND”