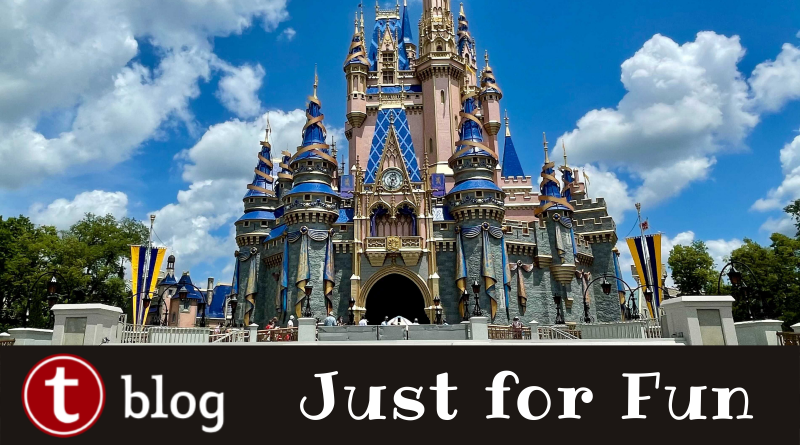 You may have read about Disney’s recent “no fussin’, no cussin’” rule: “Disney reserves the right to require a Guest to leave if they are (i) not properly wearing an approved face covering, (ii) using profanity or offensive language towards our Cast Members or other Guests and/or (iii) violating any other Park Rules.” (italics added).

The announcement seemed like an opportune time for all of us to remember that while we’re all at Walt Disney World to have fun and make memories, we can also be polite and kind –  to each other and especially to cast members, too.

We’ve all had a rough year and it’s been especially rough for cast members. It isn’t easy to deal with all different personalities they encounter in a day; the fact that Disney needs to say that people should not use profanity or offensive language toward them is a clear indication that some people do just that.

Cast members are in the parks, hotels, and shops to help us have a great time. But they’re also there to ensure the safety and wellbeing of every single body in the parks. Given what a big job and tremendous responsibility they carry, and with an understanding of how many changes they rolled with this past year, we can and should show our appreciation for all they do for us. Here are some ideas about how you can do that. 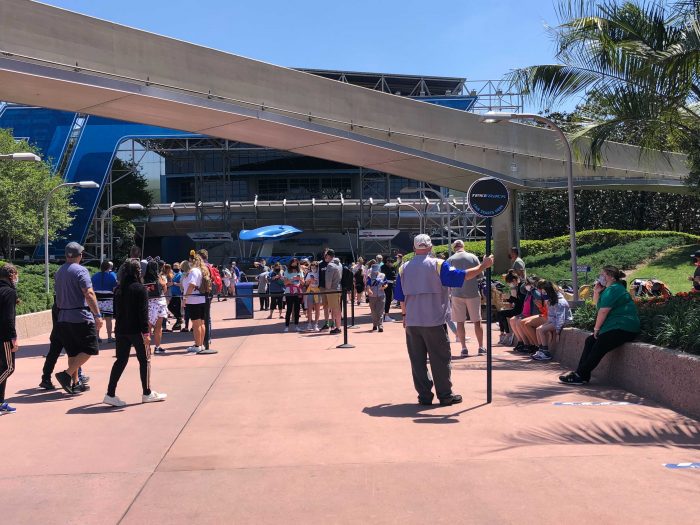 The simplest way may also be the most important: say “thank you!” You can do this when you board a ride, receive your meal or purchase, or go through the entrance. Make eye contact and let them know you appreciate what they do! And smile – even when you’re wearing a mask, people can tell you’re smiling. Make it a habit as you walk through the parks, shops, and lobbies. It’s not just nice, it’s setting a great example for all our children, too.

When a cast member goes out of their way to be helpful or sends some unexpected magic your way, remember their name and where and when you met them. If they will allow you to have their last name, it’s even more helpful. Write it down in your phone, noting the time and place. 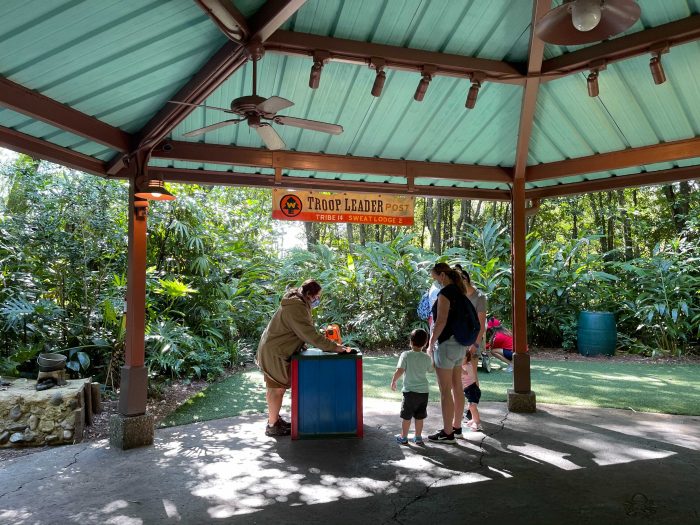 Then stop by Guest Relations. You can find their stations in each park and hotel. Here you can write a note including their name, your thanks, etc. The comments received get shared with the cast member and their manager (and may get entered into their employee file!). It’s possible you may have to wait in line to do this, and after a long day in the parks it may seem not worth your while – so there’s another way.

Once you’re back in your room – or even when you return home – you can send an email to wdw.guest.communications@disneyworld.com. Make sure to include all the same information: cast member name, where and when you met them, and why you’re grateful to them.

You may have read online that you can use Twitter to send a tweet complimenting a cast member. I spent a morning tracking down the various different addresses suggested for doing this. Sad to say, they all appeared to be unmonitored and/or inactive at this point. So my advice would be to stick with stopping by Guest Relations or sending an email. 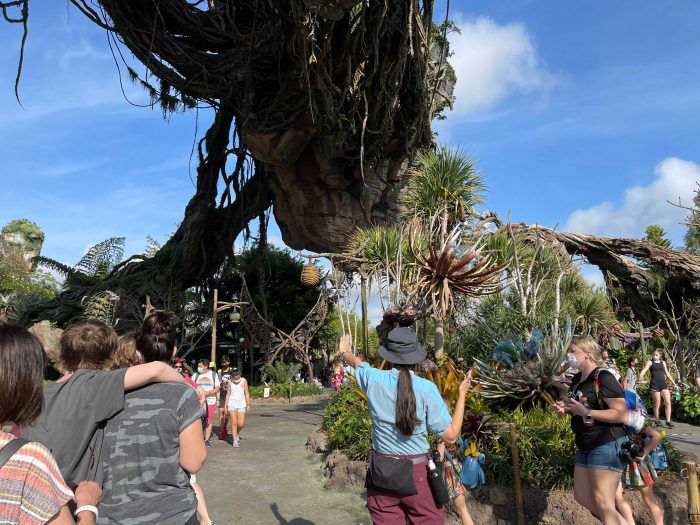 You may also have seen online that some people carry thank you cards to hand out. While I think this is a nice idea, my personal opinion is that it involves taking one more thing in your suitcase and carrying it around the parks in your backpack. But it may be something you’d like to do.

Most cast members cannot accept tips unless they work as a waitperson, bus driver, in Mousekeeping, etc. So any other way you can express your gratitude will be greatly appreciated.

Now while a lot has been written about how you can be kind to cast members, few articles share ideas about being kind to each other while in the parks.

It’s easy! Say nice things to people: compliment someone on their Disney bounding outfit, or remark on how well behaved a child waiting in line is. Be extra polite: when you’re in line, let someone go ahead of you once in a while, especially if you’re at a quick service stop and their child is hangry. Think of others: give up your seat on the monorail, bus, or boat to someone (consider the elderly or those who have lap-sized children at the end of their long day). Be an extra pair of hands: offer to take a picture for a group so everyone’s included or help someone carry a tray back to their table. 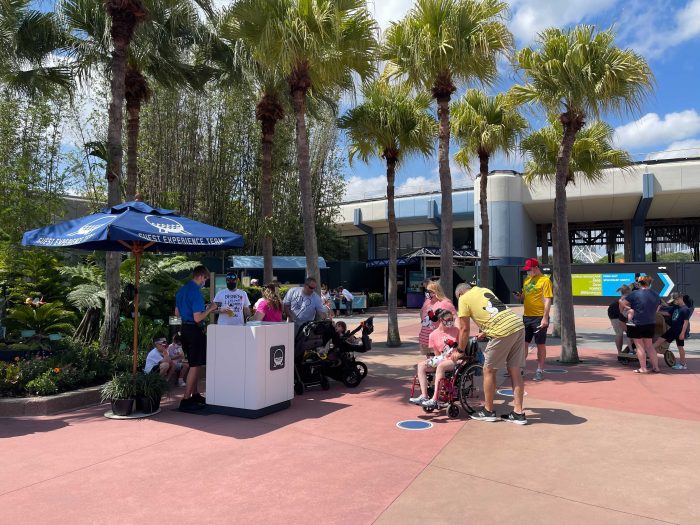 For more ideas about being kind to each other, check out this post:

Make your own Pixie Dust – 20 Disney Random Acts of Kindness

One last comment: years ago while we were dining at the 50’s Primetime Café, we struck up a conversation with a young couple seated next to us. Turns out, they were on their honeymoon. It was their last day in the parks and they had been unable to ride something or other that they really wanted to and while a little disappointed, they’d had a great time overall. Earlier that day, due to monorail problems, my wife and I had been given paper magical FastPasses allowing us to ride whatever we wanted but just on that day. Since our plans were to return to our hotel after dinner, we gave the couple those passes. I’ll always remember the look of disbelief, gratitude, and joy on their faces!

I was reminded that day that it’s fun to be able to spread your own pixie dust! And please share your own experiences like this in the comments below!

Bob Jacobs lives in Wisconsin where he recently retired after 22 years as an Editorial Director and writer for a well-known clothing catalog company. He and his wife Cristie have four children, seven grandchildren and a cocker spaniel named Penny the Dog.