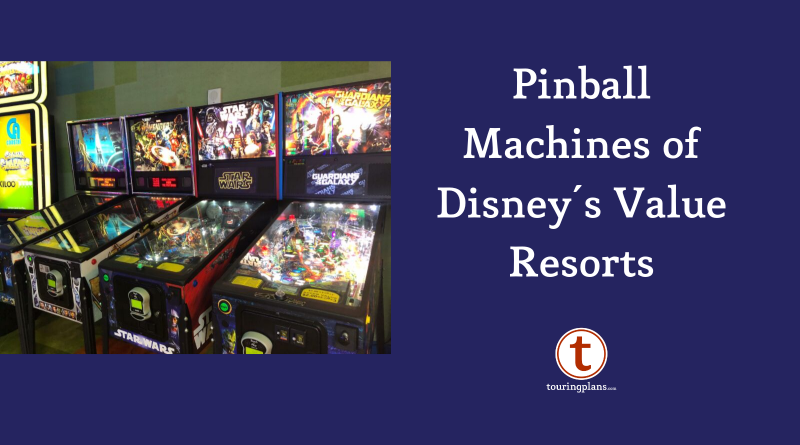 Pinball tourism may be the travel trend that you’ve not heard of, but there are an abundance of people who travel around the country in search of rare pinball machines to try. (Case in point, my family made a point on our California trip to find a copy of Addams Family Pinball so our daughter could play it for the first time.) Walt Disney World has arcades, and those arcades have pinball machines. They are absolutely not worth a vacation to Walt Disney World just to play them, but if you’re a pinball aficionado, how do these pinball machines stack up? We took a tour of all the arcades at the Disney’s Value Resorts to try our hand at pinball wizardry. 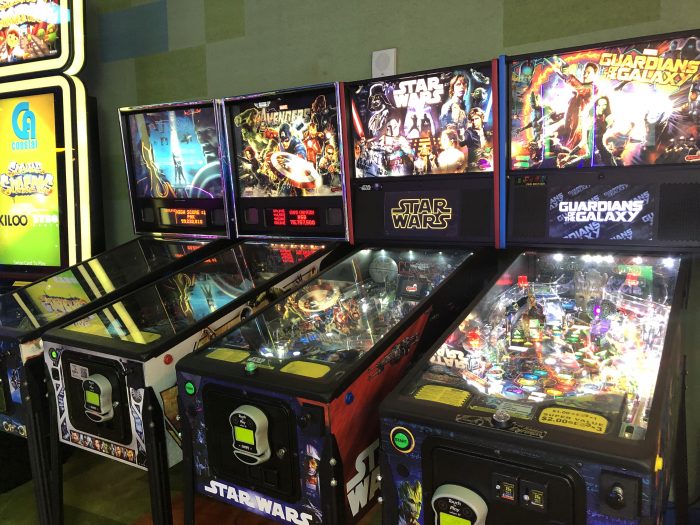 At present, only Stern machines are available, and all are “new-ish” (as in no older machines from the great Bally/Midway and Williams eras or classics from amazing designers like Pat Lawlor). Most of them have a Disney, Star Wars, or Marvel theme. The assortment only varies slightly by resort, but there are some unique ones to be played. Here’s what we found. 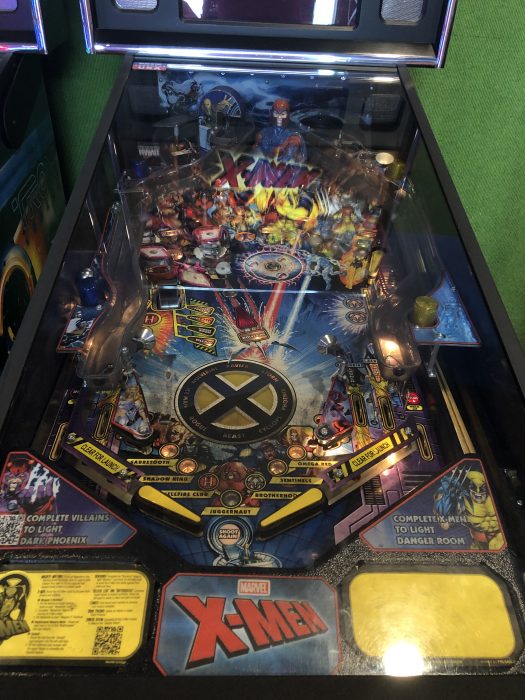 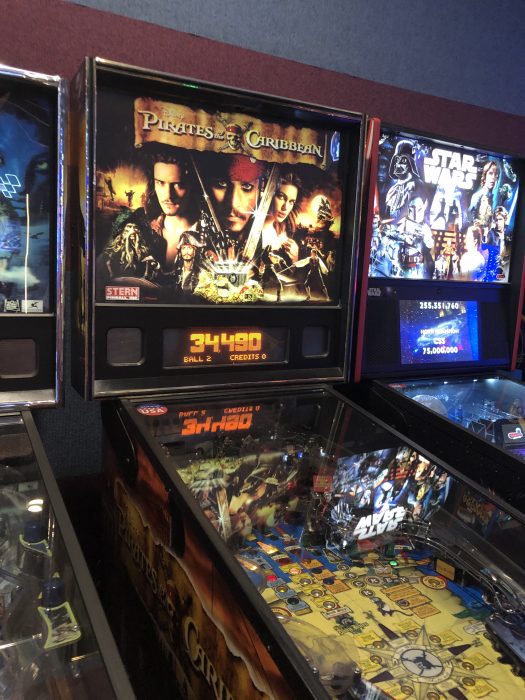 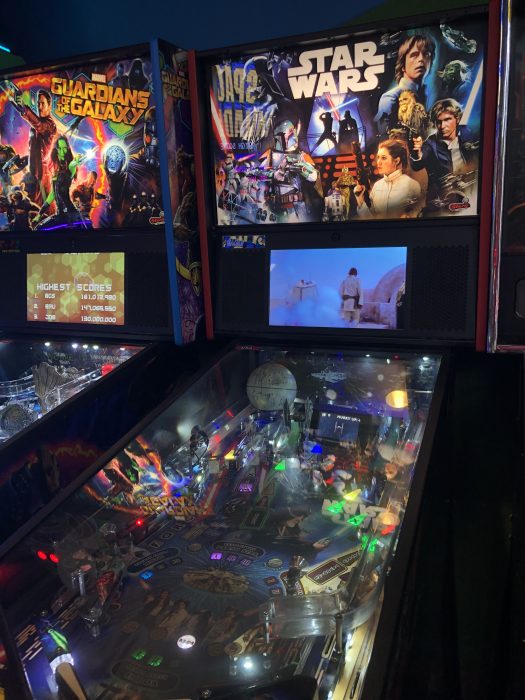 Cost varies widely on these tables–the same table can cost a different amount at different resorts. All machines require the use of a reloadable arcade card. Individual games are three balls each, and cost between 25 and 85 credits each. 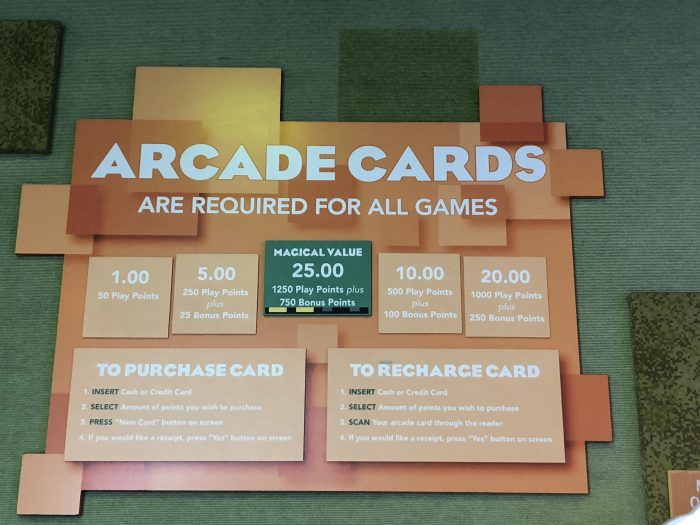 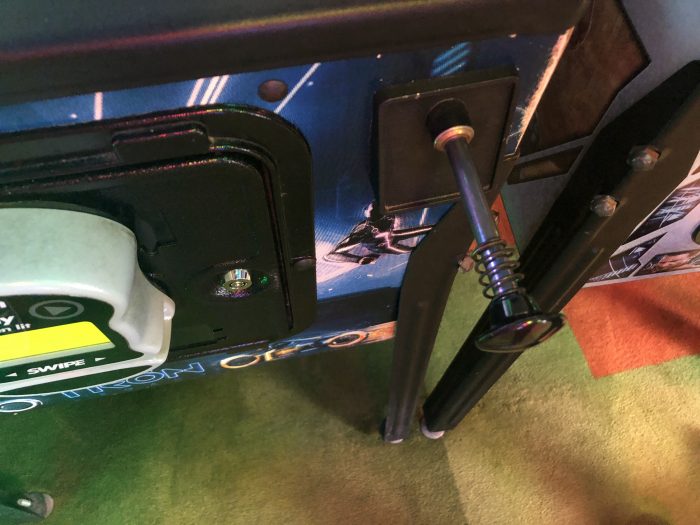 Just as the cost of tables can vary widely, the condition was all over the board. In general, the newest tables (Guardians of the Galaxy, for example) were in great shape, but we did run into some problems. One of the Tron machines we played had a non-functioning spring for the plunger. You’d pull the plunger back and then slam your hand in it to get enough momentum to get the ball onto the play field. Another one of the Tron machines had a non-functioning upper left flipper. The Avatar game had a problematic drain sensor–when the ball drained, the game didn’t always register it, and so it would take several minutes to cycle through the missing ball routine and then put two balls into play. (Instant multi ball, but if it did register the ball going down, you’d have the game end with a ball active on the field.) All of the tables were correctly balanced, however.

If you haven’t played any of these tables, I’d recommend Guardians of the Galaxy and Star Wars. Both feature full-color video screens (which, admittedly, I’m a late convert to liking), and they have a pretty easy learning curve. You are certainly able to rack up some points without too much gameplay experience. If you’re fans of either of these series, you’ll find them a lot of fun. (The Death Star effect on the Star Wars table brought smiles to all of us.) 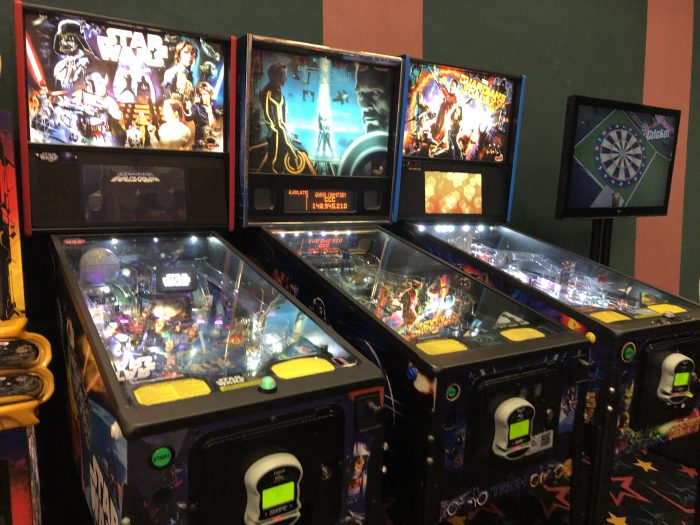 Unlike many arcades around the country, the replay randomizer is very generously set on these machines. We racked up quite a few free games through matches, to the point where we left credits on machines to pay it forward for machines we found with free games on them first thing in the morning. (Shh. Don’t tell, but that happens fairly often.)

Should you go out of your way to play these pinball tables? Not really. The assortment isn’t radically different at the different value resorts. But if you’re looking for a fun way to burn some time and haven’t tried these tables, it is worth stopping by your hotel arcade and giving the ball a whirl.

Are you a pinball fan? Got a favorite table? Let us know in the comments.

One thought on “The Pinball Machines of Disney’s Value Resorts”