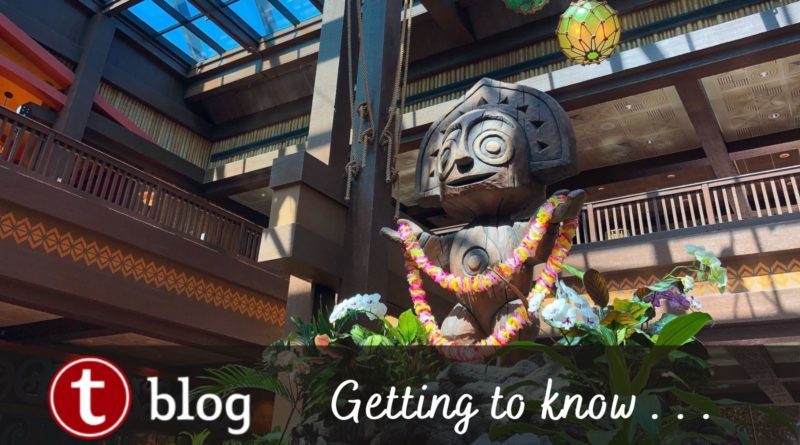 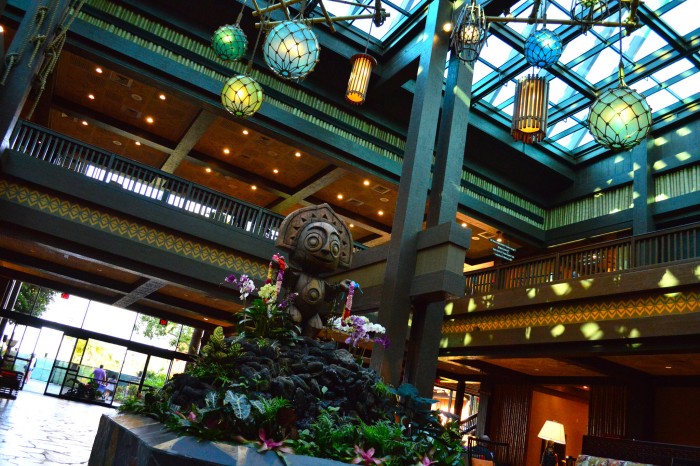 Back in 1969, Disney announced that five resorts would open alongside Walt Disney World’s Magic Kingdom Resort. However, only two, along with the Fort Wilderness Resort and Campground, debuted with the park on October 1, 1971. Those two resorts are Disney’s Polynesian Village Resort and Disney’s Contemporary Resort. 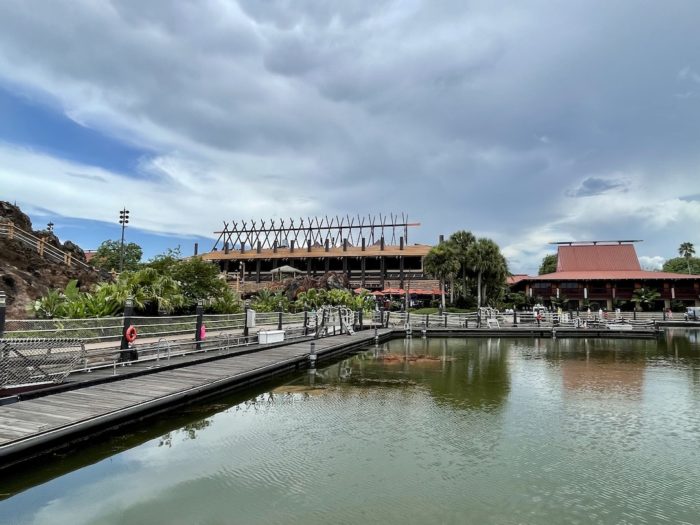 In a previous post, I covered Then and Now: 50 Years of Disney’s Contemporary Resort; but for today, I’m focusing on Disney’s Polynesian Village Resort as it was then in 1971 and today.

So What Is Disney’s Polynesian Village Resort?

Disney’s Polynesian Village Resort offers a tropical, South Seas paradise in Central Florida and all within view of Cinderella Castle! 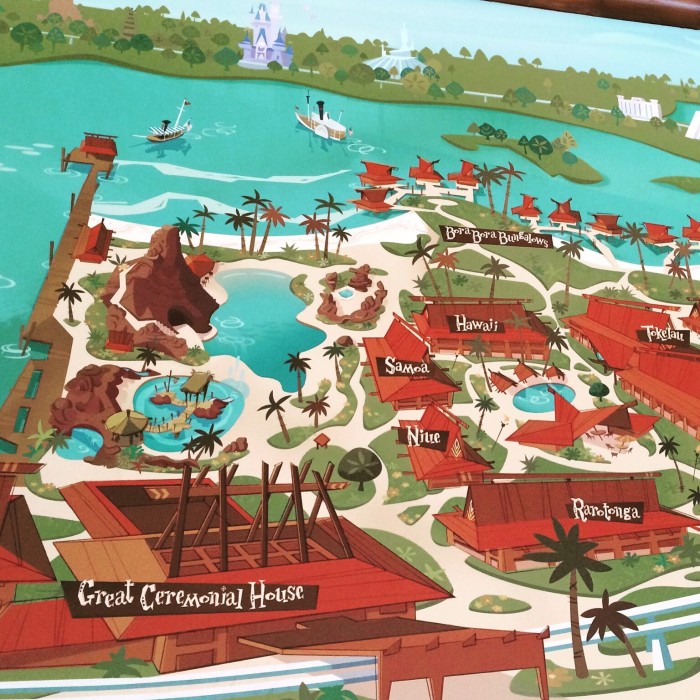 This Deluxe resort sits on the shores of the Seven Seas Lagoon and next door to the Transportation and Ticket Center (TTC). It also boasts its own Monorail station with convenient,  as well iconic, access to the Magic Kingdom and neighboring Monorail resorts. 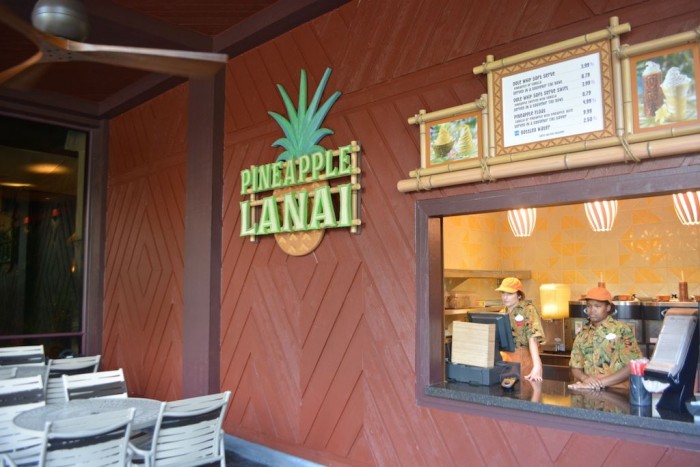 The lobby, known as the Great Ceremonial House, offers some of the most popular restaurants on Disney property from ‘Ohana to Trader Sam’s Grog Grotto to the Pineapple Lanai’s Dole Whip treats. 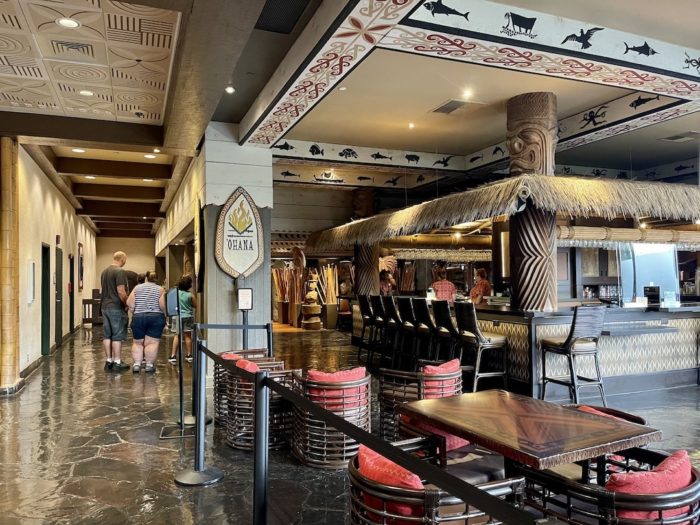 A majority of the resort’s rooms and DVC villas are housed in longhouses named after different locations in Polynesia. On-the-water bungalows feature hot tubs and views of Cinderella Castle. 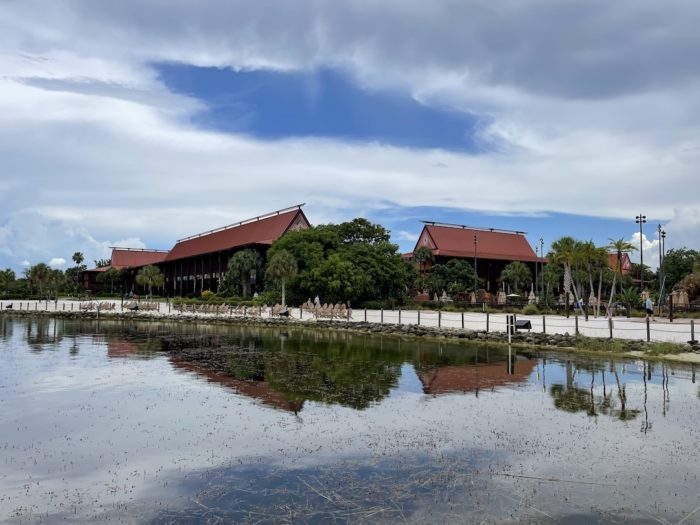 Fact #2: Much like the Contemporary Resort, the Polynesian Village resort was designed by WED Enterprises (Walt Disney Imagineering), architect Welton Becket, and constructed by the United States Steel Corporation.

Fact #3: Also, just like the Contemporary Resort, rooms were assembled off-site before being lifted up by a crane and slid into the longhouses.

Fact #4: The Polynesian Village Resort was originally home to a wave machine so that guests can surf the lake!  At times, the machine’s remains can still be spotted on Beachcomber Island. However, swimming (and surfing!) is no longer allowed and the Polynesian’s white sand beaches are reserved for relaxing and taking in the Magic Kingdom fireworks or the Electrical Water Pageant. 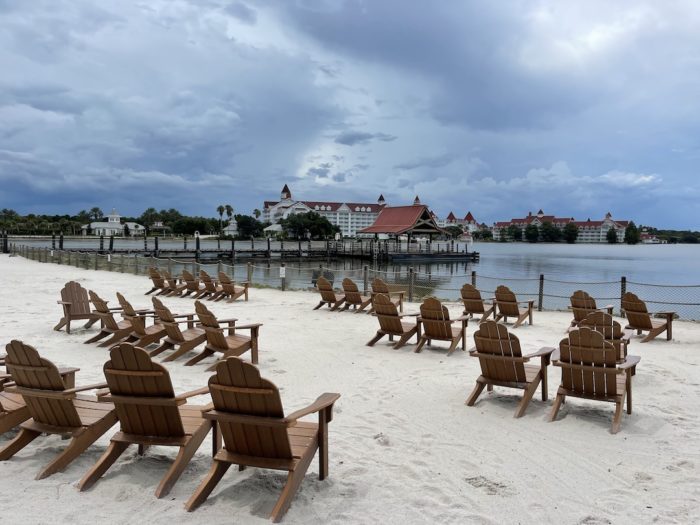 Fact #5: John Lennon signed the paperwork officially ending the Beatles at the resort during a visit in 1974.

Fact #1: Until 2014, tropical foliage and a water feature served as the lobby’s centerpiece. It has since been replaced with a tiki of Maui that now serves as the resort’s mascot. 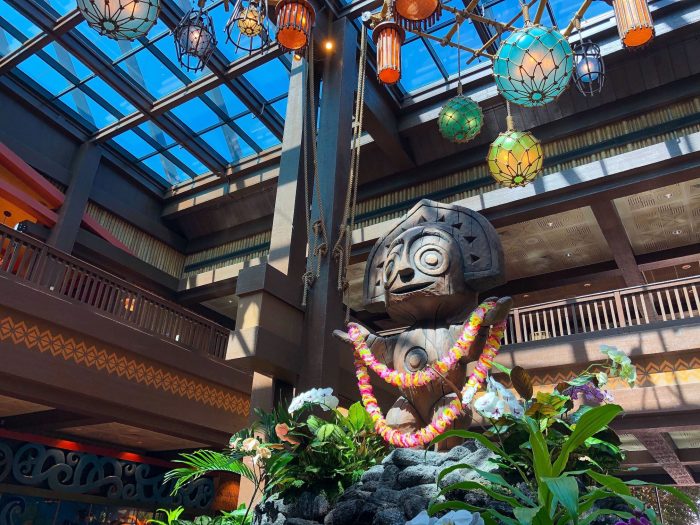 Fact #3: In 1985, the resort dropped the “village” from its name. It was only in 2014 that its original name was restored to Disney’s Polynesian Village Resort. 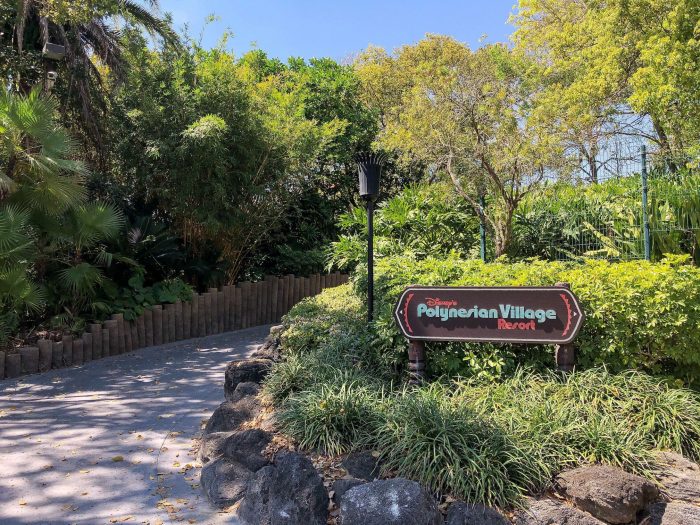 Fact #4: The resort has undergone multiple overlays and updates through the years and still is at the time of writing. New Moana-themed guest rooms opened this year, and the resort’s Monorail station and entryway are currently being reimagined. However, if you’re looking to see what the Poly was like in its earlier days, check out the displays inside the Great Ceremonial House on the way to Captain Cooks! 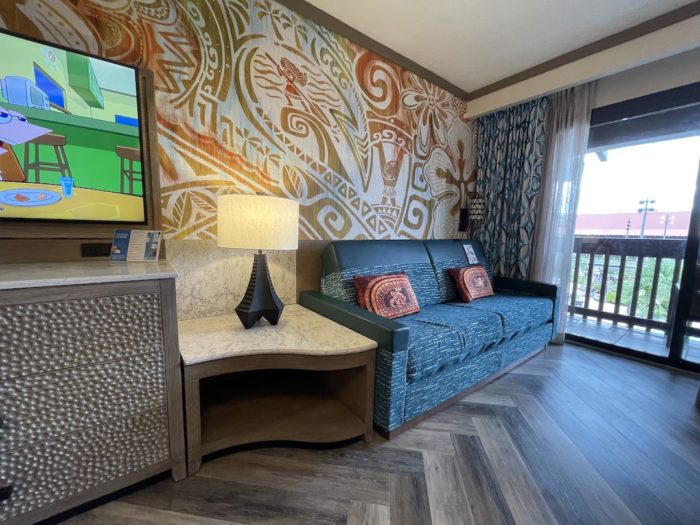 Fact #5: Trader Sam’s Grog Grotto, inspired by Disneyland’s Trader Sam’s Enchanted Tiki Bar, is home to both drinks and atmosphere that not only pays tribute to the resort’s tropical inspirations but also Disney Park history from 20,000 Leagues Under the Sea to the Maelstrom to Mr. Toad’s Wild Ride.

Did you ever experience the Polynesian Village Resort back in its early days? Is this Deluxe Resort one of your favorites at Walt Disney World?

One thought on “Then and Now: 50 Years of Disney’s Polynesian Village Resort”