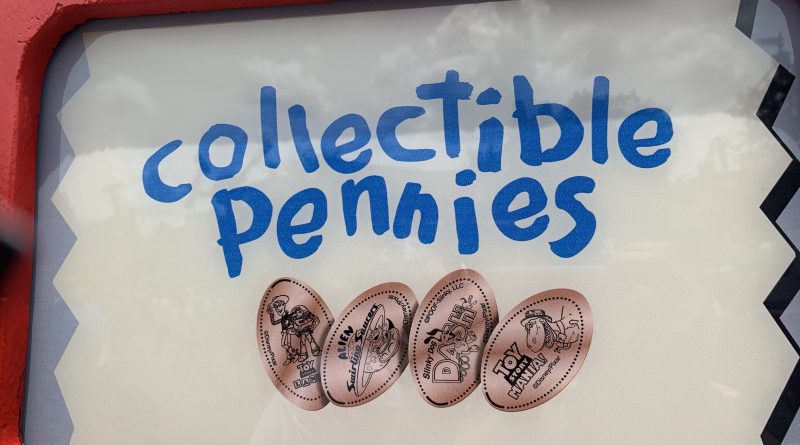 I used to press whatever pennies or quarters I had in my bag, but now I hunt for pennies dated 1981 or prior because of the copper content and resulting lack of streaks that high zinc pennies show. Those of you that clean your pennies and quarters before packing them for a trip to the park may be interested in my coin research while at Disney’s Hollywood Studios recently. Let’s go!

To begin with, there are a total of 27 machines located throughout the park. As you may know, the My Disney Experience app provides a map of pressed coin machines. You should use the app to get a general idea of machine locations, but I have found the information on the app isn’t always accurate and DHS is no different. The inaccuracies I found during my DHS visit are below.

There is no machine listed at the restrooms on Sunset Boulevard next to the entrance to the Once Upon a Time merchandise location, but I found one recently. The pennies feature our favorite characters in the racing themes below. This was the machine from Lights, Motors, Action that has been relocated since that attraction was closed and demolished. 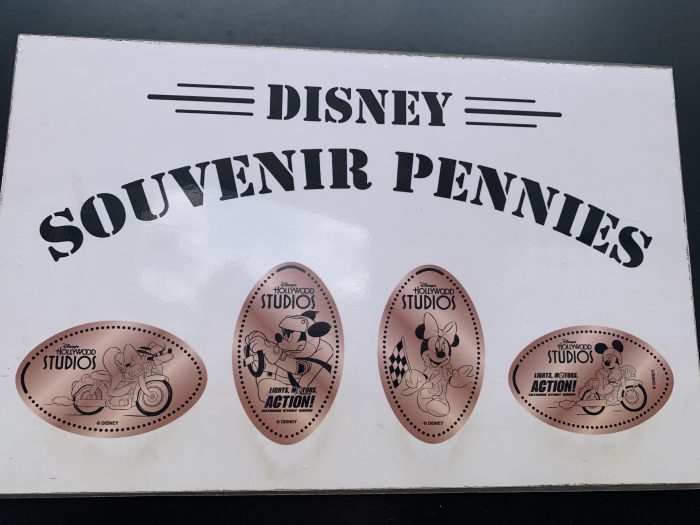 The next anomaly I found on Sunset was the machine listed on the MDE app at Sunset Center near the restrooms in front of the Twilight Zone Tower of Terror. There was no machine in sight on the day of my visit.

Follow Sunset down to Lightning McQueen’s Racing Academy and you should find the machine below, which was not listed on the MDE at the time of this article. 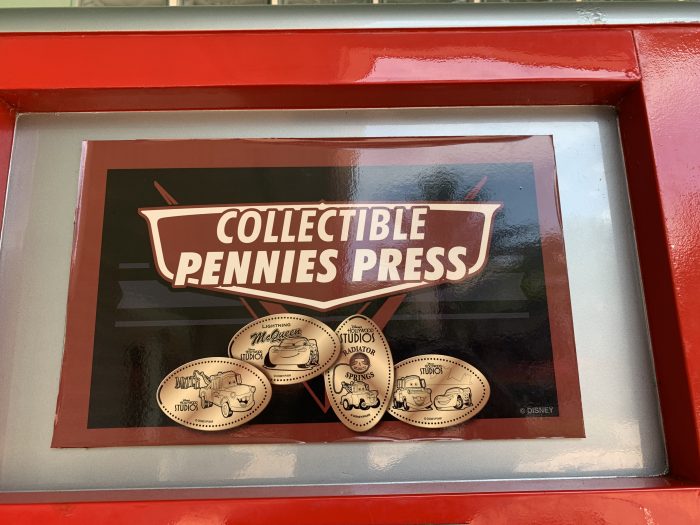 The Cars characters can be found against the wall near the exit doors of the Racing Academy.

Another machine located on my journey but not listed on the MDE app was found inside the In Character shop next to the Voyage of the Little Mermaid within the Animation Courtyard. 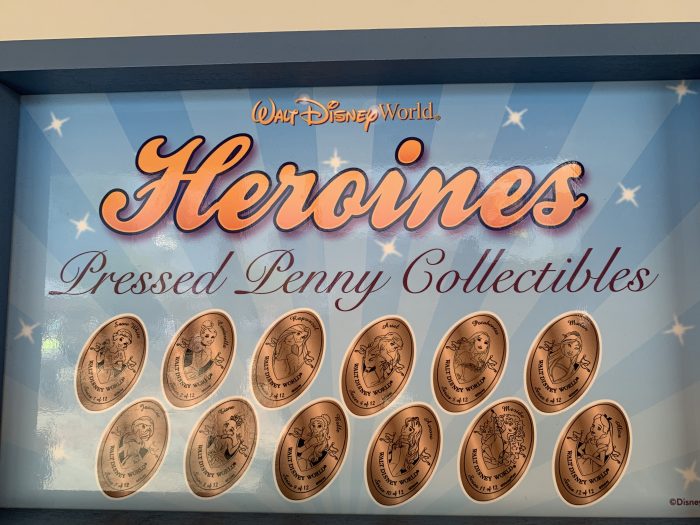 This was the first time I had ever seen Disney refer to Princesses as “Heroines” and thought it was cool enough to purchase all 12 for $10.00.

The final glitch I found during my research was a machine located in front of Backlot Express. It was not located on the MDE app at the time of this article. 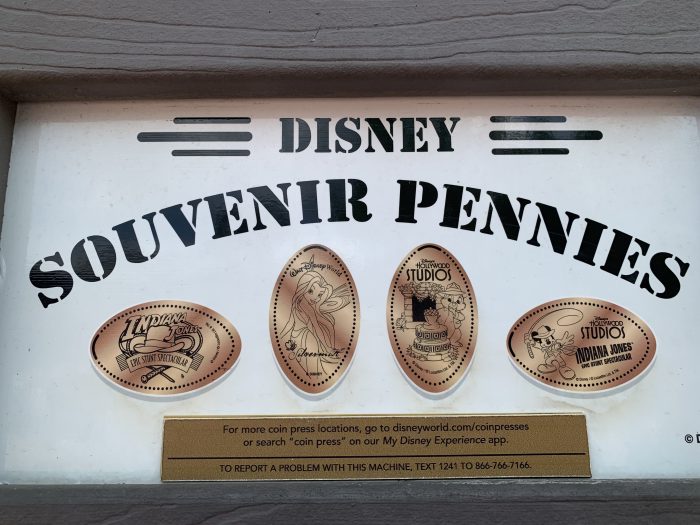 I was delighted to find a Silvermist penny in this off-map spot.

Another thing to keep in mind when using the MDE app is that the location pins will not identify how many machines are in each location, nor will they specify whether they are penny or quarter machines. For example, there is one pin at the Stage 1 Company Store on the map but I spotted three machines on the day of my visit. 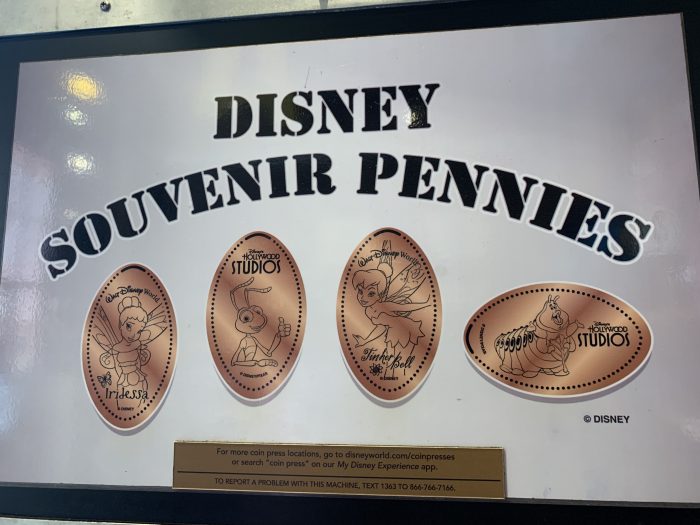 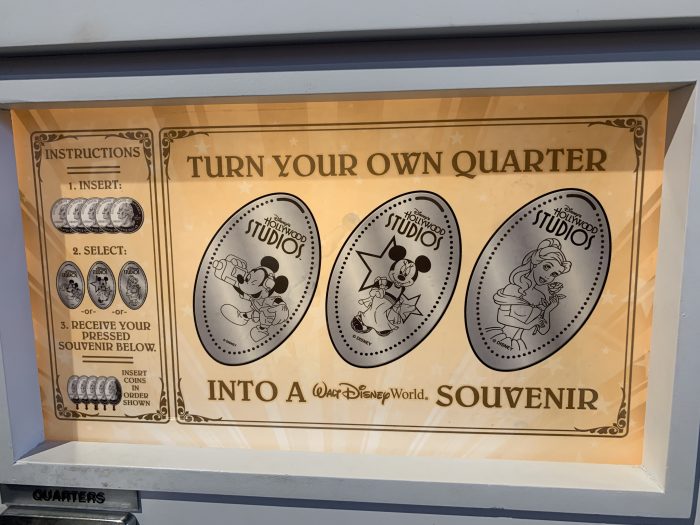 The quarter machine makes sense in this section of Stage 1 as this is where you’ll find some really unique (and costly) collectibles and artwork. 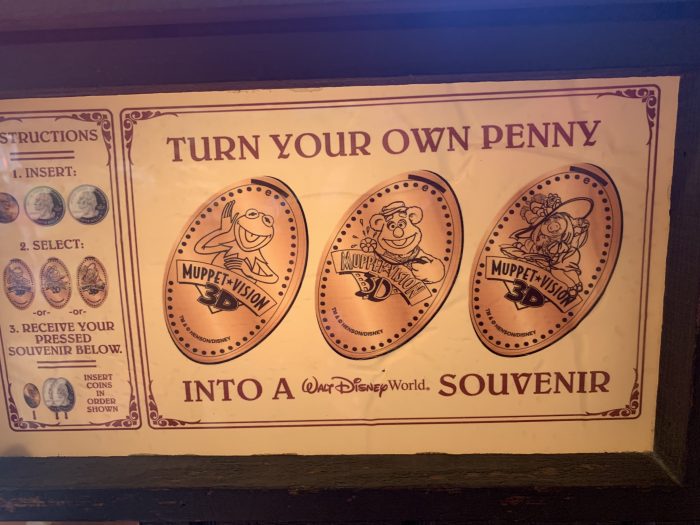 This Muppet penny machine will probably have great sentimental impact for people of a certain age. If you recognize the lockers and props just across from the machine, you’ll for sure walk away with all three coins like I did. Probably singing “Together Again” like I did. Sigh. 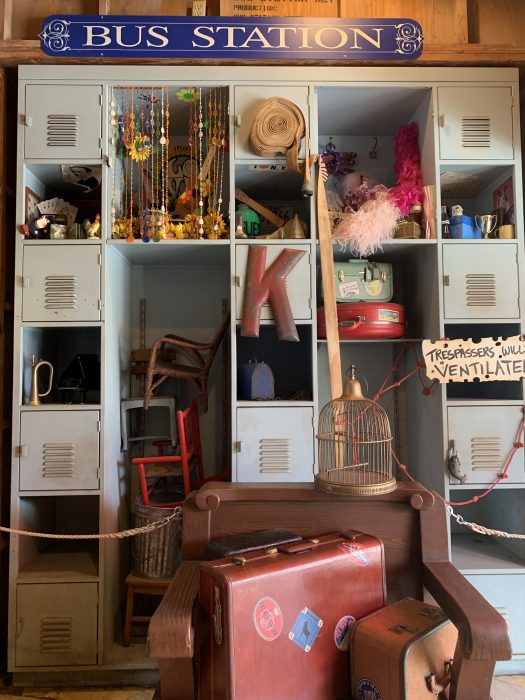 Another example of more than one machine under one pin on the map was just across Grand Avenue at PizzeRizzo. 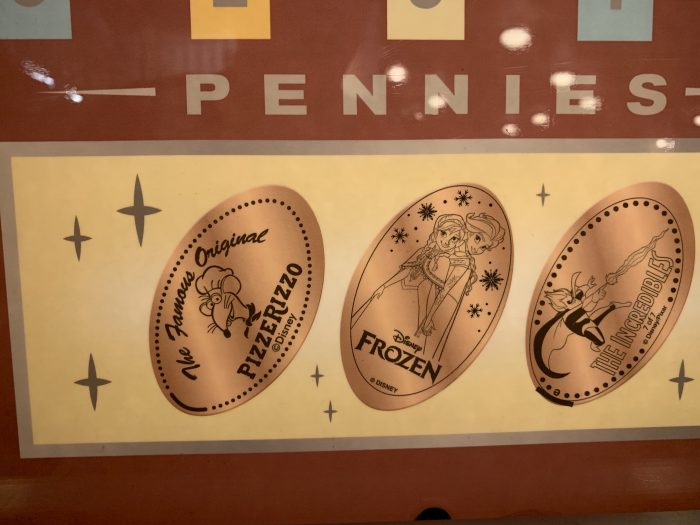 You can get Syndrome on the 1st floor….. 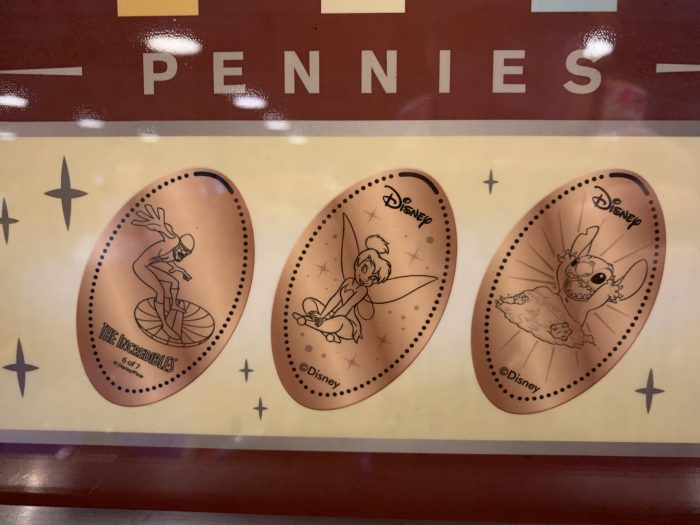 …and Frozone on the 2nd floor, leaving you only 5 left in the series of 7 Incredibles coins to find!

Let’s take a look at a few more of the machines that stood out during my time in the Studios. 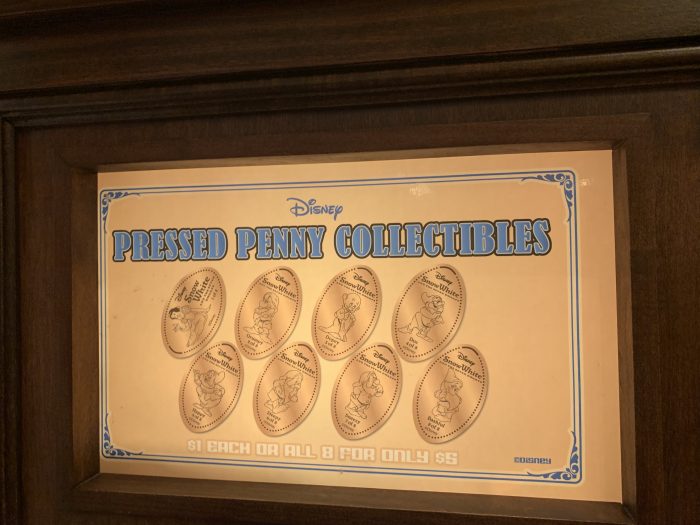 You can get Snow White and all of the Seven Dwarfs for just $5 inside Once Upon a Time on Sunset Boulevard. 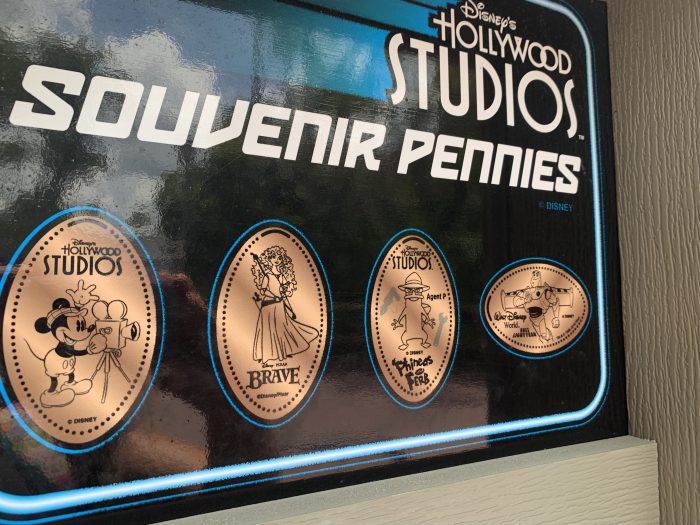 Agent P and Merida at one machine?!? Yes, please. These cool pennies are just outside the Indiana Jones Adventure Outpost. 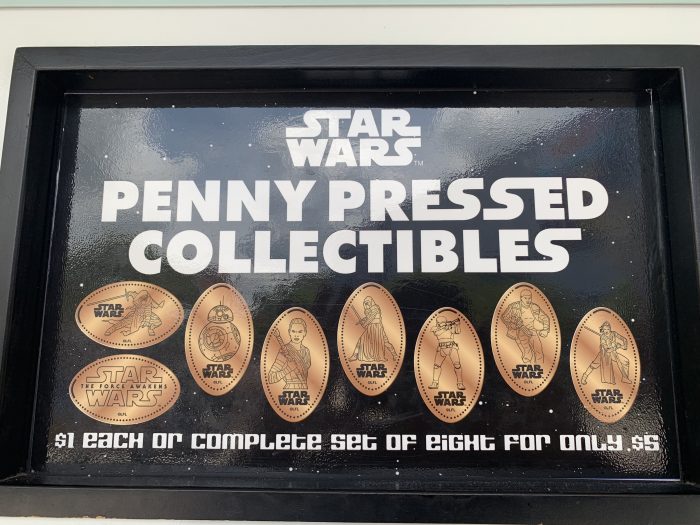 This set of Star Wars pennies can be found just outside Star Wars Launch Bay within the Animation Courtyard.

If you decide to visit all 27 machines and collect each of the 132 coins in the Studios, you will spend a total of $83.12. Not a bad value for the amount of time it will take you to collect them and the unique coins you’ll find in this park will make the sweaty hike worth the trip.

How do you prep for pressed coin collecting in the parks? Do you save pennies from 1981 and prior for the copper content? Do you clean your coins? Please share any tips for natural cleaning products that are safe for the environment and young skin and noses. Thanks for reading!