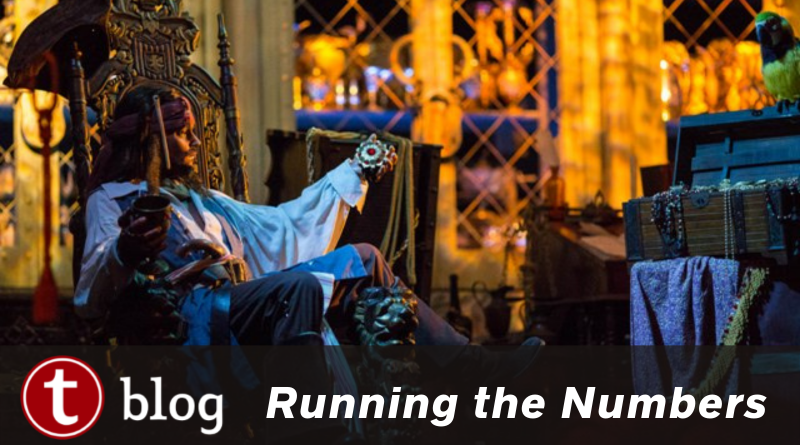 Last week we took a look at the price of sleeping in on a visit to the Magic Kingdom, measured as extra time in lines. The past year has seen a lot of change in Disney’s operations, and I knew I’d want to do a redux of this experiment at some point in the future, but I did not anticipate writing about it again only a week later.  (I thought I’d be writing about the EPCOT results, instead.)  Yet, here we are.  What happened?

A few astute commenters made an extremely fair criticism of that experiment, noting that it didn’t account for the fact that the parks are currently opening 30-60 minutes before the published time. While true, I didn’t immediately see any good way to address that issue with data.  But I’m a bit of a perfectionist and this really nagged at me, so I decided to investigate a bit more.

After some sleuthing around, I discovered I was working from an out-of-date assumption. I knew that Lines had been updated in January to let you to optimize your plan if you were in the park early, but I thought you couldn’t make such a plan in advance. Our tools are consistently updated to match Disney’s operational changes, and what I had missed is that in early March the software was updated again so you could do just that.  This was exactly what I needed to collect that prediction data I had thought I couldn’t get. 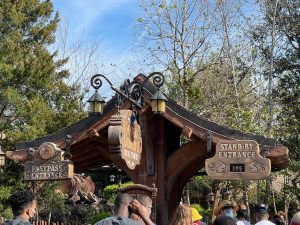 Since this is a new feature, I checked in with the team for any gotchas I should be aware of when using it. Aside from the obvious problem that we don’t know exactly when to start our plan to align with the time that the park will actually open, here’s what they told me:

If you didn’t see last week’s writeup, now might be a good time to take a quick look at how the experiment was designed and the original data collection strategy.  If you want the super-skimpy review, see the graphic below:

For the update, I did the following:

About that last bit: between my original data collection and when I went back this week, the estimated park hours of 9 to 11 for June 29 had changed to published hours of 9 to 9.  This was a thorn in my side, but it’s a solid reminder of why it’s important to always optimize your plans a day or so before heading to the parks so that any closures, changes to hours, or updates on crowd predictions can be factored in.  Recalculating all the plans wasn’t an option due to the number of steps, so instead I focused on making sure all the data for any timepoint was collected together.

So what did I find?

All the major patterns we had already identified held:

Outside of those general trends, the only consistent pattern was that 8:15 was better than 9, but we already know that 9 was not necessarily the best.  When the PPO plan was compared instead (within method) to the lowest wait of the starts after official opening, the results were mixed.  Sometimes it was worse (P-8 Paper, 39 minutes longer than arriving at noon).  Sometimes it was better (A-5 Three-click, 53 minutes shorter than arriving at 11:00 a.m.).  The average over all sets was 17 minutes saved by arriving in time for the early opening.  If anything, the inconsistency of the outcomes only highlights the idea that following blanket advice like “Be there at rope drop, or else!” might not be such a great plan unless it fits with your touring style anyway.

Why I’m not changing that Busted rating

There is a simple answer here, which is that the average visitor considers “rope dropping” to mean arriving at most a short time before the park officially opens.  From that viewpoint, we didn’t need to consider any of this PPO data to answer questions about rope drop and lines.  But I’m going to go for broke and argue a more nuanced perspective as well, which considers what awaits visitors who do know that the parks are opening early. Here is where we get into the really nerdly nitty gritty, because we are gambling.

That plan that banked on everything being open at the earliest possible time to save us 53 minutes?  That’s the best case, three Mickeys on the slot machine.  For everything that could take away value from that plan, we have to shave a bit off our expectation. Extra waits for transportation around open and close due to social distancing measures? Those need to be subtracted from the time saved in line, because waiting is waiting, y’know? Seven Dwarfs not running when we get there?  I don’t know the exact odds of that, but it’s going to decrease our expected payout.

I already put my stake in the ground that I didn’t think an extra 20 minutes saved in line was a good enough return on my investment for waking up early.  For some days and plans the 8:15 start couldn’t offer anything better than that.  For others, fifty minutes is definitely in range of my personal line in the sand, but there’s just a lot more uncertainty.  We might come out almost an hour ahead, but there’s decent odds we’ll be left with nowhere near the gain we bargained on. Our first take on this showed that arriving later in the day was usually almost as good as arriving close to park opening, and I don’t see enough here to convince me to overturn that on replay.

Where’s your line in the sand?  If you’re on team sleeping-in, how much time would you need to get back to make rope drop a strong consideration?  How certain would you need to be that you’d get it? Let us know in the comments.