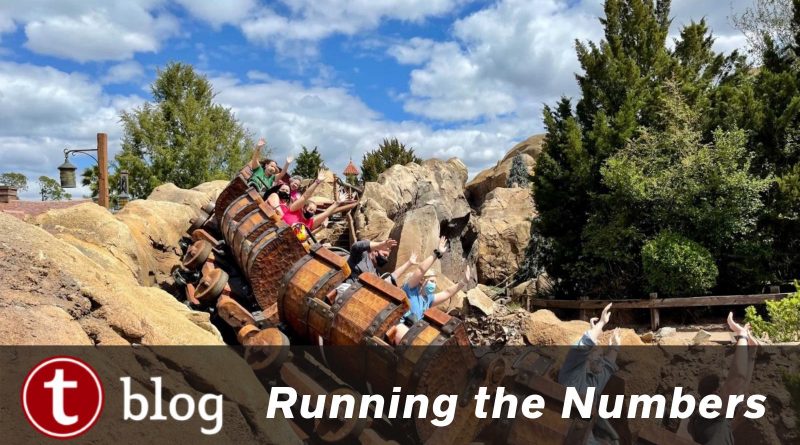 I have a confession.  When my kids were very young and woke up at the crack o’ dawn every day, it was no big deal to rope drop the parks. By the time we needed to leave in order to be first through the tapstiles at opening, we had already been up for two hours.  But now that they are older, I really don’t like to set an alarm clock on vacation.

Conventional Disney wisdom has it that rope drop is a critical piece of good touring strategy, allowing you to get a jump on the lines at big rides and get more done. Before I commit myself to a lifetime of early rising on park days, I decided to do a Mythbusters-style experiment and find out if it’s really true.

I took the same set of attractions and set up three separate touring plans: one arriving at park opening, a second one an hour later, and a third a full two hours after park opening.  Aside from things like not riding Splash Mountain right before lunch so that you don’t spend the meal shivering in your wet clothes, I find that the order of attractions often takes a back seat to saving time in lines.  I decided I would be free to use the Personalized Touring Plan app to set the order however I wanted and calculate the total time.  My goal was to get all three plans to have about the same time in the parks.

Before getting started, there were two more variables I needed to consider.  The first is the list of attractions in my plan, and the second is the date that I’d be “visiting”.   Showing that I could get the same results for different plans and dates was critical to drawing conclusions that might apply to a random person (that’s you!) on any date.

For attraction lineups I decided to select two plans from the Touring Plans team, the same ones that are included in the Unofficial Guide.  These plans are based on a full day of park touring and focus on popular attractions that visitors would choose as a priority to experience. If I could be successful with two different plans that include so many “must-dos”, it would be more likely that my result is generally true.

When looking at dates, I wanted to choose days that have long park hours so that I didn’t have to worry about a 7:00 p.m. closing cutting these jam-packed schedules short. I also wanted to cover a couple of different crowd levels, since I know that can have a big effect on lines.

I started by taking the official Adult 1-Day plan and copying it into a Personalized Touring Plan.  Then I made 2 more copies of this plan.  For each plan, I left the Walking Speed set at Average and the Waiting vs. Walking slider set to Balance.

Once I had my 9:00 a.m. start time plans set up, I calculated each one differently.

With the first plan, I just used the Evaluate button, which fills in times for each step of the plan without changing the order of any steps. This plan represents what would happen if I just xeroxed the plan from the Unofficial Guide and took it to the park.  The only change I made was to adjust the step number for lunch and dinner so that they actually occurred at lunch and dinner time, the same as you would do if you were actually in the park.

I used the Optimize button for the second plan, which comes up with a best order based on my settings.  Like the description says, the computer overlords will tell me what to do.  This is the absolute minimum effort I could make to customize my plan to a particular date and arrival time.

For the last plan, I started by running the optimizer.  Then I made minor adjustments that I thought would help the plan be a better fit for my goal. Sometimes I adjusted the order of attractions based on past sessions of geekly research about what rides are crowded when. More often I didn’t change anything aside from the plan Start and End times — you’ll see why when we discuss the results!  If I made any changes, I used Evaluate to get new times.

I recorded the Total Time, Time in Lines, Busy Time (riding or eating), Free Time, and Walking Time for each plan, along with notes about anything that stood out about each plan.  Examples of notes were big chunks of free time, or rides that I arrived at right before closing where even a couple of minutes difference in the park could mean missing that attraction.

Next I repeated these same three timing strategies with the plans starting at 10:00 a.m., and then 11:00 a.m..  When I was done I had a raw data set that looked like this:

Finally, I did this same 9-plan analysis three more times, once more for the Adult lineup on October 2, and once on each date for the Parent plan.  For the Parent plan I changed the Walk speed to Relaxed based on my family’s experience navigating the parks with younger children. 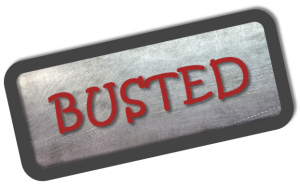 So what did I find?  Well, there’s a little nuance that I’ll get to in a minute, but I’m not going to bury the lede.  This myth is BUSTED!  In each scenario that I ran, I was able to create a plan that had me arriving at the park anywhere between 9:00 and 11:00 a.m. and spending less total time than if I had just shown up at rope drop with my printed touring plan and followed it to the letter.

Now, some of you are very clever and you might be hauling out your squinty-eye — yes, it’s true that I compared the plans I adjusted to the 9:00 a.m. paper plan instead of comparing them to each other. That’s the bit of nuance that I said I’d get to in a minute. The truth is that when you compare the plans to each other, there were a couple of cases where the 10:00 a.m. plan didn’t work out quite as well but a later start time did.  I’d say it’s a bit more of a judgment call whether you think they are close enough to call this busted or not, but my take is that the goal of the experiment was to see if you can sleep in. For me, being able to arrive well after opening and get everything on your list done without spending a lot of extra time in line is a success, and I was able to do that in all four test cases as long as I had a touring plan at the ready.

To see why some days only worked with 11:00 a.m. or later starts, we’ll need to do a deeper dive and put the results into context. In my next post I’ll do a full analysis and discuss whether this conclusion will still hold when capacity limits are lifted and FastPass returns. Tune in tomorrow!

14 thoughts on “Touring Plans Mythbusters: Rope Drop and Lines at the Magic Kingdom”