One of my family’s most memorable Walt Disney World trips was the last one we took together just before my oldest daughter left for college. As one was leaving the nest, I wanted to make it extra special, so on the last day of the visit I arranged for my family members to compete in a Scavenger Hunt in the Magic Kingdom.

I wrote the challenges in advance. It helped that I had been to WDW on my own about a month before this trip, but you could easily make your own up-to-date Hunt based on information available on the internet.

I explained the rules during breakfast at the Crystal Palace. 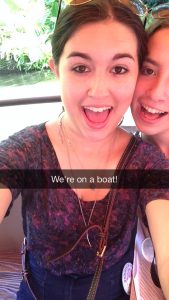 I then gave each team the list of possible tasks, some worth one point, some worth three points, some worth five points, and some worth ten points. During the allotted three hours, their goal was to complete tasks, amassing more points than the other teams.

The tasks worth more points were more challenging and/or time consuming than the tasks worth fewer points. It was up to the teams to decide whether they felt their time was better spent doing more low-point tasks or fewer high-point tasks, or some combination of the two.

Here are the tasks I gave them: 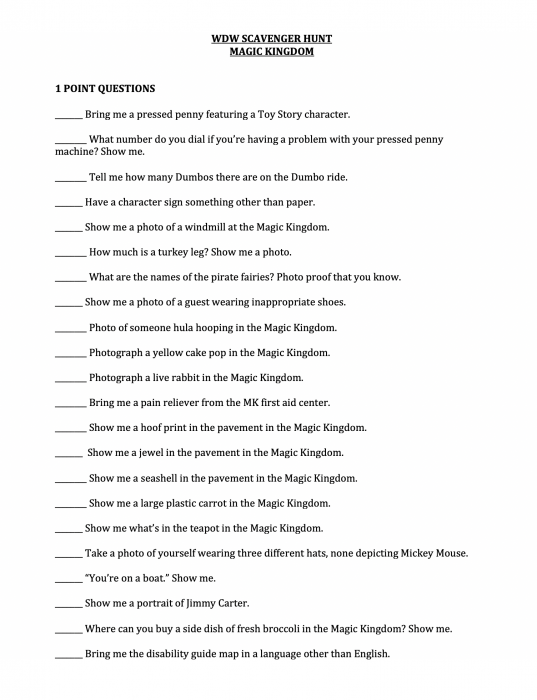 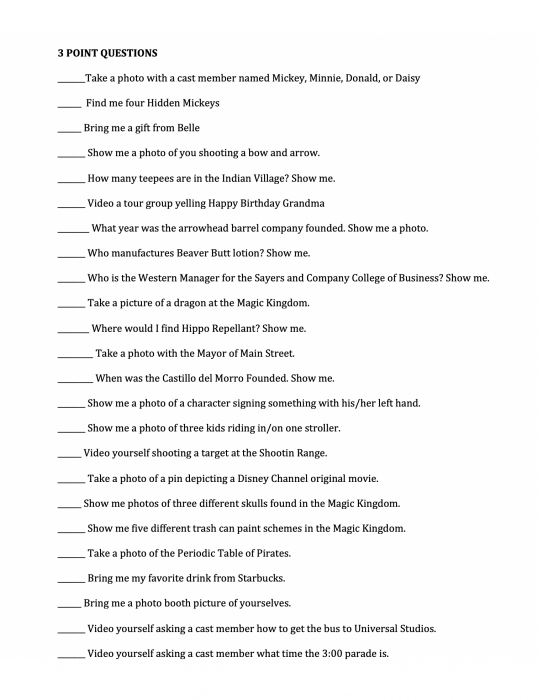 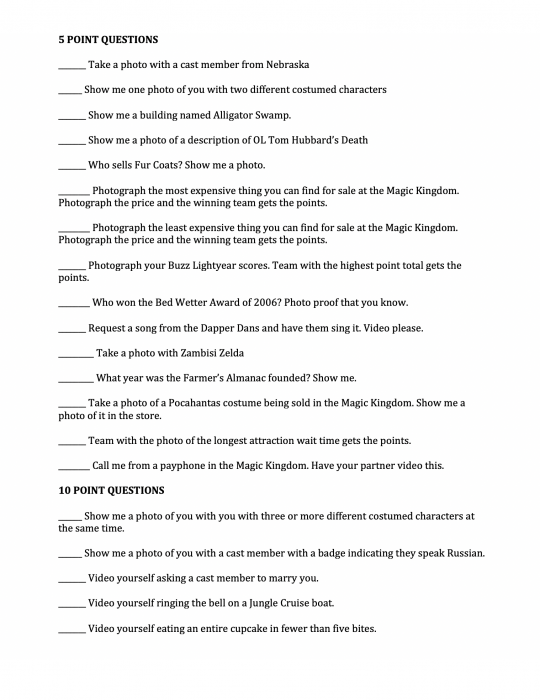 And here’s how it broke down [bear in mind that this hunt was created conducted a few years ago, some of the items have changed since then]:

In the end, the team with Jeff and Louisa won. As their prize, we went to the Arribas Brother glass shop on Main Street and had them custom engrave a cup with the winners names. The cup now sits on our living room mantle. The entire family had a blast and it continues to be one of the trips we talk about most often. 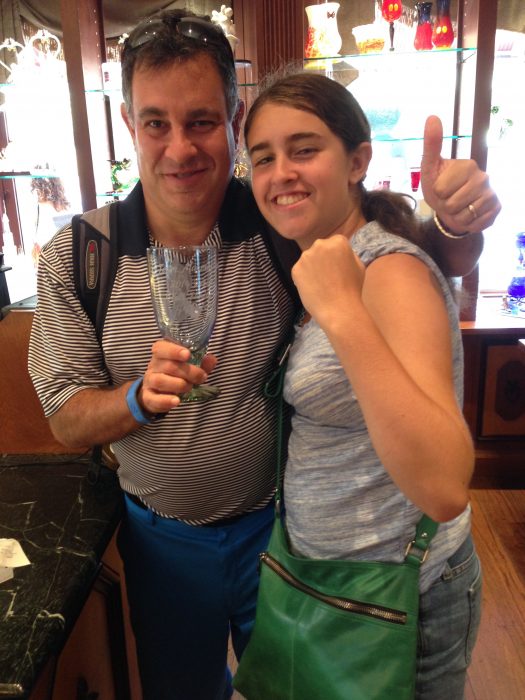 Have you ever planned a Scavenger Hunt for your family or other group? Or any other sort of Disney challenge? Is this something you’d like to do in the future? What types of questions would you ask?

3 thoughts on “What I Love! Planning a Disney World Scavenger Hunt”