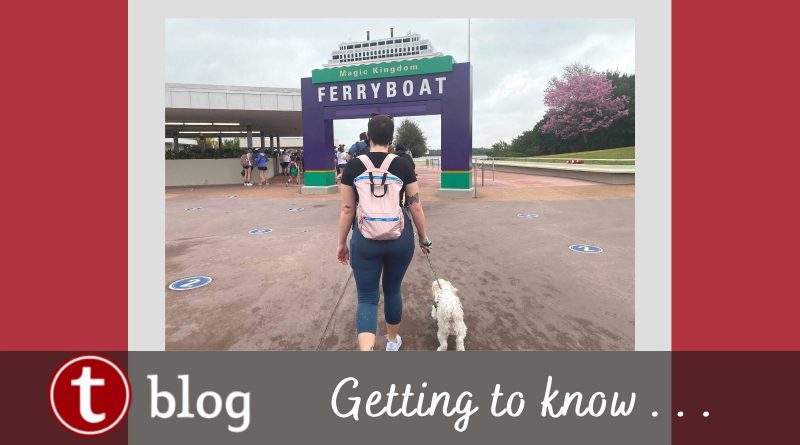 If you or someone you know is planning on visiting Walt Disney World with a service animal, you’ll want to read up on Disney’s policies ahead of time. Chrissy on our team had the opportunity to join a family member and their service dog at the parks this weekend. Since Disney’s website needs some updating, we thought it would be good to provide you with some updated information regarding service animals at Disney World.

Service Animal – Sometimes there can be some confusion regarding a support animal versus a service animal. While some service animals can also act as a support animal, the key is that the animal is trained to provide a specific task. The animal (dog or miniature horse) must be trained to do work or perform tasks for the benefit of an individual with a disability. Disney’s website does stress this, and Guest Relations Cast Members we’ve talked with echo the same.

Control of the Animal – One of the key elements of Disney’s service animal policy is the fact that the guest must retain control over their service animal at all times. Service animals are professional helpers and life savers in so many cases! They are trained in specific behaviors. Despite all this training, Walt Disney World presents a different environment than most other places. Young guests may be tempted to bend down to give your service animal a pet, and there are other distractions. Make sure your service animal will be okay in this environment.

Documentation – A Guest Relations or other Cast Member may ask what tasks the service animal is trained to perform. They will follow ADA regulations. In the event that the guest is unable to explain verbally, Cast Members suggested that having a letter from a doctor or therapist explaining the task would be helpful. Specific information about a guest’s condition is not required, as that would violate ADA, and other, regulations. The key here is the task the animal can perform.

What attractions can service animals ride at Disney World?

A word of caution, Disney’s list of attractions is outdated in some places. For example, Stitch’s Great Escape in Tomorrowland in the Magic Kingdom is listed that service animals can ride with caution. This attraction closed January 6, 2018. Innoventions is also listed, and this attraction is currently a pile of demolished rubble.

In the event that you want to ride one of the attractions where your service animal is not permitted to ride with you, you will check in with one of the Cast Members at the entrance to the attraction. They will assist you to the kennel where you can leave your animal. When you exit the attraction, you will either walk on your own or be escorted to the kennel. This is different on each attraction. For example, the kennel at Rock ‘n’ Roller Coaster in Hollywood Studios is in a Cast Member Only hallway and cannot be accessed without assistance. The kennel in Space Mountain, however, is accessible through the standard guest exit.

Service Animals permitted with Caution – you will need to check with a CM host (someone at the entrance) for the attraction to determine whether or not your animal can ride and what the boarding process would be if they were to ride.

Attractions without restrictions – you should evaluate these attractions on your own. Just like with small children, your animal may be startled or otherwise upset by certain attractions. You can find ride videos and vehicles on our Instagram feed under IGTV and highlights. Full ride descriptions are on our Lines App and our website.

Essentially all other attractions do not permit service animals, but here’s the list just in case.

Service animals NOT permitted on the following attractions.

We’ll have a follow up post soon about what to pack for you and your service animal, as well as information about Service Animal break areas.

What other questions do you have about service animals at Disney? Let us know in the comments!