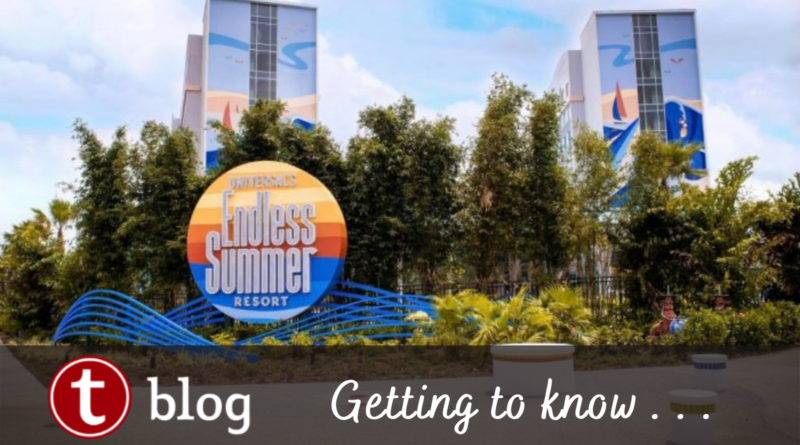 When Universal Orlando exercised its control over the former Wet-N-Wild waterpark, many things happened to change the Orlando area theme park experience. Universal Orlando built Volcano Bay waterpark near their value plus resort Cabana Bay to fill the water park vacuum. In the former Wet-N-Wild spot, the Endless Summer Resort was built. The Endless Summer Resort is divided into two sections on opposite sides of Universal Blvd. Many guests, including Universal Orlando veterans, are confused by this branding with one side called Surfside Inn and Suites with the other side being called Dockside Inn and Suites. These are sister value hotels, but they are not identical twins. In terms of price point for an official theme park hotel, it is hard to beat the value of these two. For example, I have a room at Surfside booked for $69 for one night with an annual passholder rate. Typical rack rates for the room aren’t a tremendous amount more, depending on season.

How do you decide which of these value hotels to choose? Having stayed at both, the differences are subtle. The theming of the two is similar with one predictably featuring surfboards and one with the images of being at dock. What are some differences that might make you prefer one over the other for your value resort stay at Universal Orlando?

Surfside is a much smaller resort with only 750 rooms compared to Dockside with over 2000. Surfside is easier to get around due to smaller size. Some guests mention feeling confused how to get back and forth from room to lobby. However, Surfside only has one pool and Dockside has two pools and guests give a slight preference to amenities at Dockside pools. Dockside has a larger lobby and food court. However, as with most larger hotels, it can seem busy if many guests are checking out or checking in.

Though Surfside is less likely to feel crowded, the amenities are not as abundant. Due to size the lobby Starbucks at Dockside is easier to order from at Surfside but still expect a queue. This is a standard pattern for food court, merchandise store, bars, and hotel operations desk with slightly more options at Dockside versus Surfside. Do bear in mind that both of these hotels have a larger number of suites to sleep six than average hotels so that could mean more people than normally expected in hotel space.

The lobby Starbucks serve same menu so no real difference there. Though menus do change, most, if not all, the items at Beach Break Café at Surfside are also served at Pier 8 Market at Dockside in some form. Pier 8 Market had several additional items, like their fried chicken/waffles at their more spacious food court. It is worth noting that Pier 8 at Dockside will have more variety but also slightly more expensive items.  Surfside food court currently has no entrée over $10. The price point is better at Surfside but generally the quality is a bit lower.

Room design whether a standard room or suite are similar. There are conflicting reports about low quality in-room towels and the “thinness” of walls between two hotels. As far as I can tell at this point, these differences vary within each hotel so no real determining factor for your decision. However, a likely exasperation with Dockside rooms is the “energy saving” key card slot beside the door for lights to work. You will need to put your room card, or a similar size item like a business card, to enable to light to work fully.

The Surfside version is considered slightly better but not something to base your decision upon in my opinion.

If bringing a car, you should be prepared for $15/ night parking fee. Also, parking spots can be tough to find during busier seasons at each hotel. Dockside seems to be slightly better regarding this due to larger property but once again this should not be a top priority in terms of your decision. 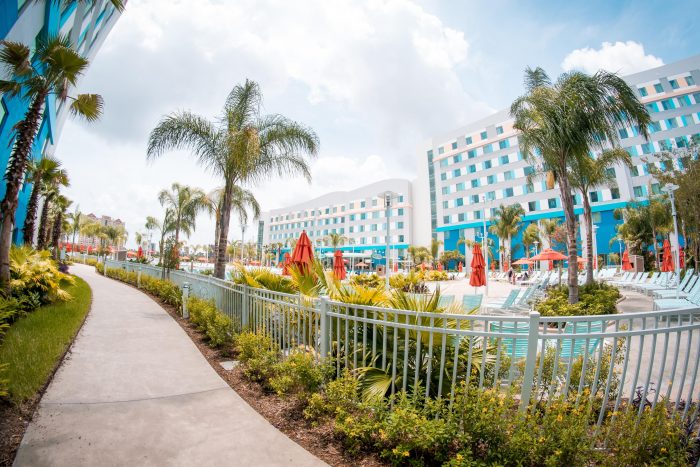 Dockside has developed a reputation for slow elevators and crowding during busier times. The elevator system at Surfside is not much better. However, with fewer rooms, the crowding issue seems less common.

These hotels are in the International Drive area. There are shops, restaurants, and a Walgreens within easy walking distance. I found it easier to get to those places while staying at Surfside thus the reason I am staying one night there in September before moving to Cabana Bay Beach Resort to enjoy the “Jack’d Up Experience during Halloween Horror Nights there.

These are most common differences mentioned by guests who have experienced both hotels. The Endless Summer Resorts have been a great addition for theme park fans. These hotels will not win any best hotels in Orlando contest. Yet, with standard rooms starting under $100/night and suites with 3 queen beds to sleep 6 for about $40-60 more per night, you cannot argue the value. Whichever you select and prefer, enjoy your time at Universal Orlando.

Have you stayed at Dockside or Surfside? Do you have a preference for one over the other? Let us know in the comments.

6 thoughts on “What’s the Difference between Dockside and Surfside at Universal Orlando?”