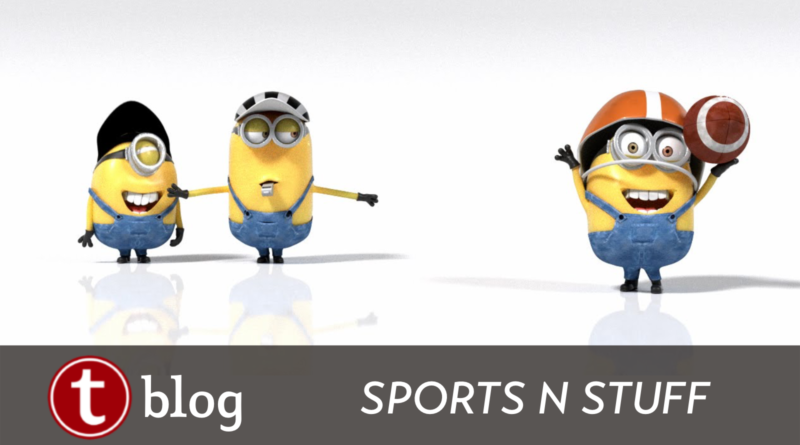 Universal’s parks are full of immersive lands and entertainment, but sometimes you just want to see the Steelers game. In this article, we will cover places to watch sporting events at the parks, CityWalk, and hotels. 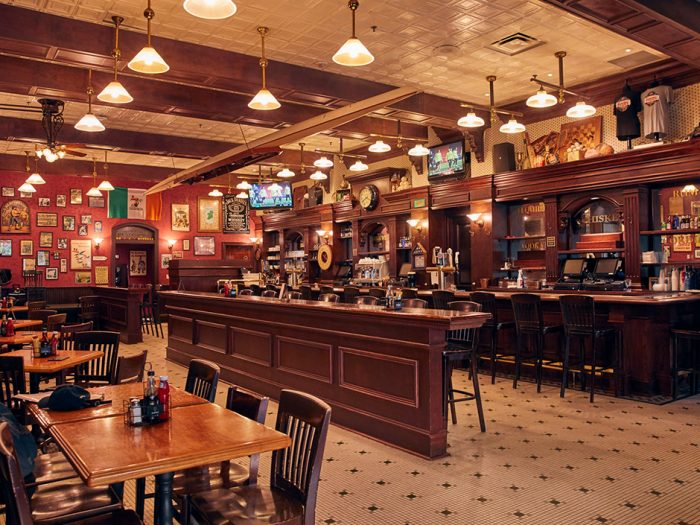 At Universal Studios Florida your only option is Finnegan’s Bar and Grill (Touring Plans: Finnegan’s Bar and Grill) in the New York Backlot. Several TVs are located in the bar area with local and select cable sports channels. This is a restaurant first so game audio is not broadcast in the area, but live musicians perform on select nights. Reservations are not accepted at the bar, so arrive early for a spot.

Islands of Adventure’s Backwater Bar used to show broadcast cames but its TV is now used to display its drink menu. Head to Studios or CityWalk to watch sports instead. 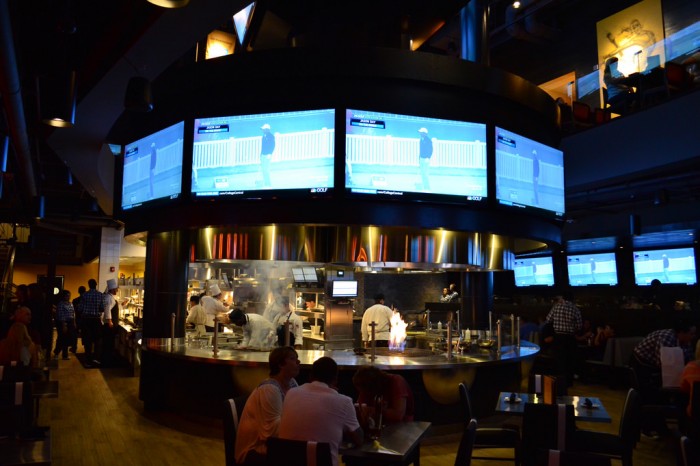 Ok, let us get the big one out of the way – NBC Sports Grill & Brew (Touring Plans: NBC Sports Grill & Brew) is Universal’s upscale sports bar and restaurant. It has over 80 TVs inside and outside, including one wrapping around the exterior of the building.  All local and cable sports channels are carried here excluding pay-per-view events. Be warned, Grill Brew is extremely popular on college football Saturdays but select game audio is broadcast on the sound system. 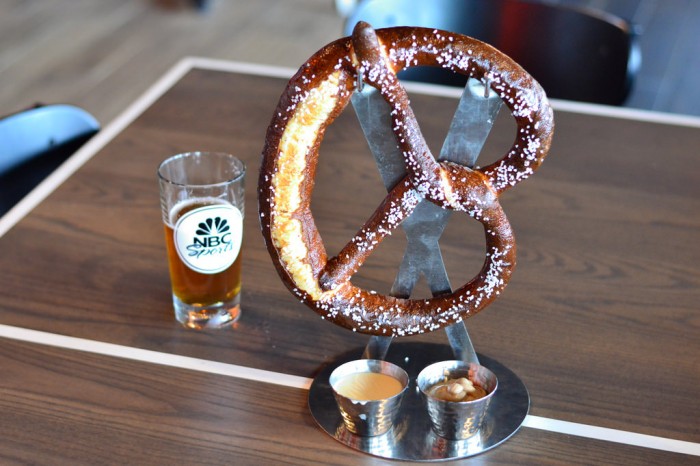 The food menu casts a wide but shallow net over staples of American sports food such as pretzels, gourmet burgers, wings, nachos, and more. While I have not been to a Super Bowl potluck with Thai chicken curry, some of the entrees like the Bang Bang Chicken are pretty good. Grill Brew is a great place to split a few appetizers and some beer but avoid here if you are looking for salads or anything fancier. Speaking of beers, over 50 beers are on tap, with an extensive bottle list, liquor, wine, and mixed drinks. 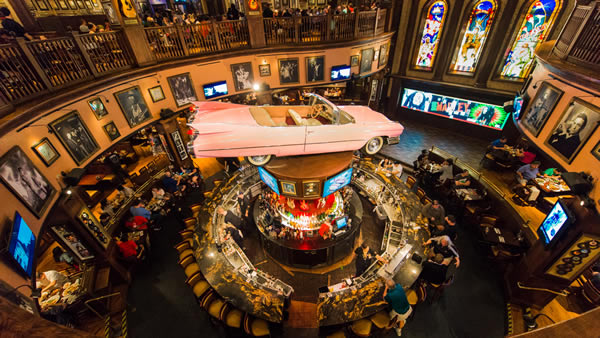 Hard Rock Cafe shows major market games on several TVs at the bar and throughout the restaurant. Hard Rock’s entree game is more impressive than NBC Grill Brew’s but rock hits are played instead of game audio. Cowfish‘s outdoor bar has TVs that play games but is not frequently staffed until after 5:00 pm. Finally, Bubba Gumps and Margaritaville have TVs in the bar areas if you are in a pinch. 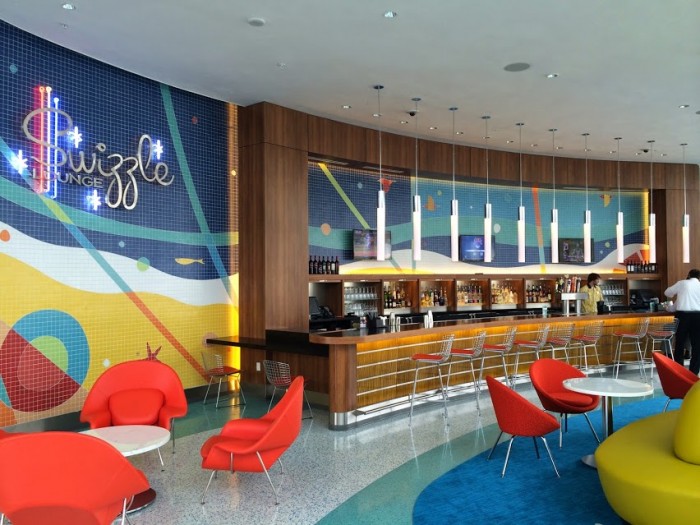 Universal’s hotels’ in-room TVs feature all the major terrestrial and cable sports channels. But no one wants to watch games alone in their room! All of Universal’s resorts feature pool bars with TVs with cable packages, and all resorts except Surfside Inn also have lobby bars with TVs for sports. We really love Universal’s lobby and pool bars – drinks are unique and freshly made (no Disney Standard Bar Menu!), delicious food, and a fun atmosphere. Here are our favorites:

If NBC Sports Grill & Brew is too crowded try walking to the Hard Rock Hotel (a five-minute walk from the restaurant) and visit their lobby bar, the Velvet Bar.

What are your favorite places to watch sports at Universal Orlando? Leave them in the comments below!