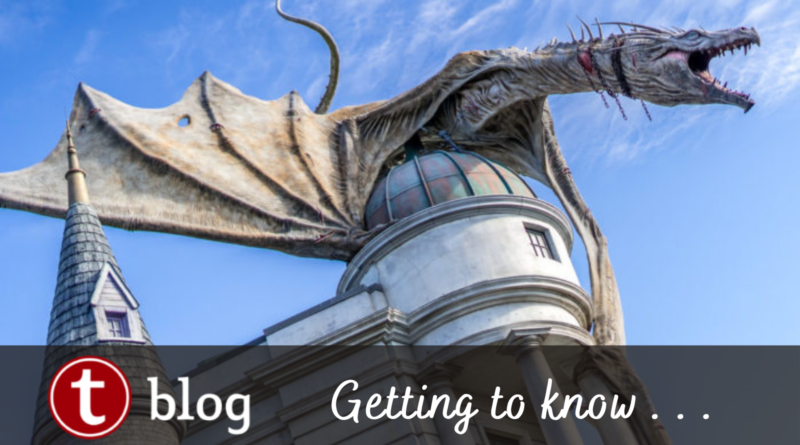 Have only one day to tour Universal Orlando yet undecided which of the two parks to visit? In this article, I will cover the pros and cons of Universal Studios Florida and Islands of Adventure to help you chose the best park for your interests.

Universal single-day tickets for their theme parks start at $109 plus tax per adult and $104 plus tax per child. Tickets purchased through Touring Plans Travel include free early entry to select theme parks.

Universal’s first park in Orlando, Universal Studios Florida (USF) brings movies and television shows to life in a film studio setting. The park is an expansion of the ideas and attractions from Universal Studios Hollywood. USF has largely eschewed its original filmmaking-based attractions in lieu of immersive attractions based on popular IP. Most attractions are indoors and rely on projected video content, head over to Islands of Adventure for more types of rides.

USF is the king of entertainment in Orlando with parades, a nighttime show, three stage shows, over a dozen street acts, and rotating seasonal events. Every winter and spring is Marid Gras, a combination food festival and street party that includes big-name concerts. Late summer to early fall is haunted with Halloween Horror Nights, the nation’s premier Halloween event. And the holidays are celebrated from the end of November through early January with parades, concerts, and more.

For Disney fans, USF is comparable to Disney’s Hollywood Studios in size and offerings.

Universal Studios Florida features the following properties in the park:

Pick Universal Studios Florida for rainy days, the seated theater shows, and if the properties featured pique your interest. Skip USF and go to IOA if you enjoy outdoor attractions, water rides, or prefer a more traditional theme park like the Magic Kingdom. 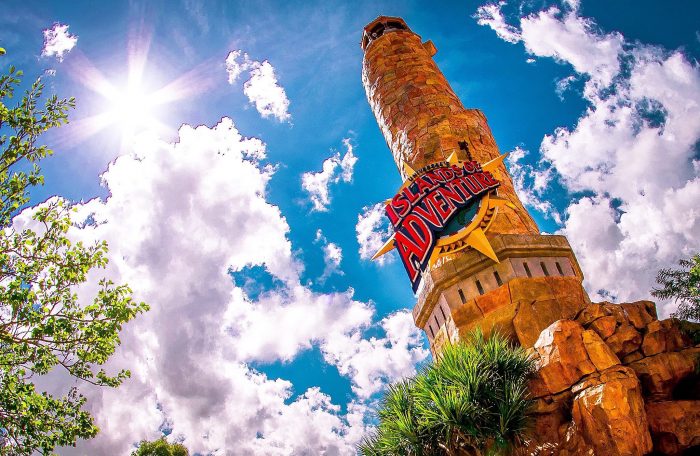 Islands of Adventure (IOA) opened in 1999 featuring six highly-themed “islands” (aka lands) based on famous properties and legends. Developers addressed the critiques and flaws of USF as they built this new park, offering a larger selection of rides, outdoor attractions, and water rides. Because of these changes, the attraction line-up is more in line with the Magic Kingdom than any other Orlando park. Among these attractions are three of the best rollercoasters in Florida – Hagrid’s Magical Creature Motorbike Adventure, Jurassic World VelociCoaster, and The Incredible Hulk Coaster.

While the content might lean towards Magic Kingdom, the park most mimics Disney’s Animal Kingdom in its intricately themed lands full of hidden details. Hidden details abound in the parks, including the world’s first park to receive a full musical score from scratch. Two lands include large children’s playgrounds, such as Camp Jurassic in Jurassic Park.

Unfortunately, entertainment has fallen to the wayside in the park. Two theaters stand empty, their old shows long gone and the park never had a proper parade or nighttime show. There are some entertainment bright spots such as the Raptor Encounter and Poseidon’s Fury experiences.

The following properties are featured in Islands of Adventures

We suggest picking Islands of Adventure if you love rollercoasters, water rides, outdoor attractions, or the properties featured in the park. Skip IoA and go to USF on days of poor weather (when the park will shut down its outdoor attractions) or if you enjoy parades, shows, and fireworks.

Universal Studios Florida and Islands of Adventure are the conjoined twins of theme parks – they share backstage areas and the Hogwarts Express travels between the two. So why not skip making a decision and just purchase a 1-day, 2-park ticket? This ticket includes admission to Universal Studios and Islands of Adventure for one day. In fact, the only way to ride the Hogwarts Express is to spring for a 2-park ticket.

This flexibility will cost you. A 1-day, 2-park ticket starts at $164 per adult plus tax, $55 more than a 1-park ticket. While pricey, it is worth the price if you plan on not visiting again for a while or are a mega Harry Potter fan.

Which Universal park do you prefer? Do you have any recommendations for others? Think of something we missed? Leave your thoughts in the comments below!