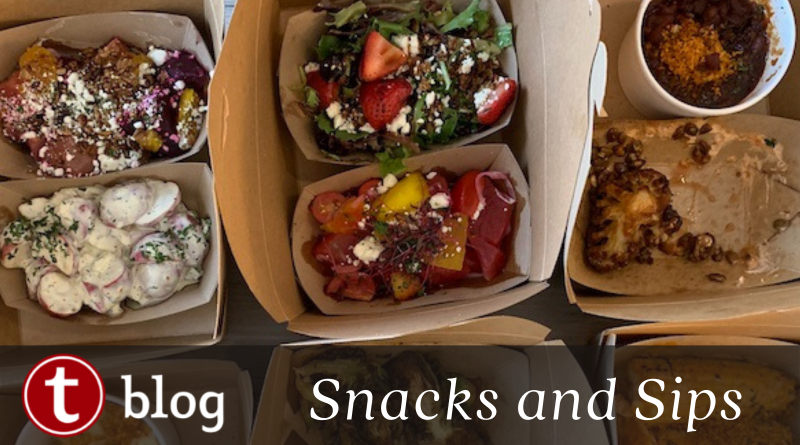 Polite Pig at Disney Springs is a family favorite Disney World dining spot. The BBQ is reliably tasty, the prices are in the reasonable zone, the drink are yum, and there are a variety of sides that are enough to make a meal of on their own if that’s what you’re in the mood for.

Polite Pig makes a particularly good choice during the pandemic, when many folks are trying to minimize indoor dining. The restaurant offers take-out of all their items. The main dish meats at Polite Pig tend to travel well. Brisket, chicken, and ribs are delicious at a range of temperatures and the addition of some barbecue sauce keeps things from drying out.

But which sides should you choose if you’re making a takeout run? I decided to find out. 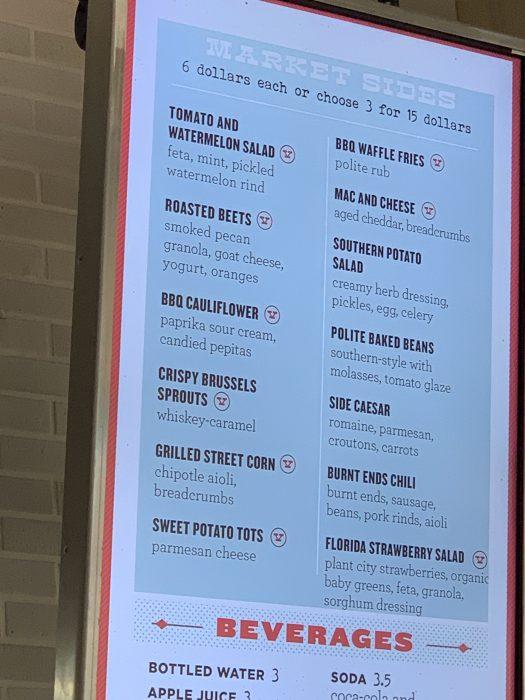 For the experiment, I ordered one of each for takeout, minus the Caesar salad (because it is what it is). So, 12 side items total. I placed my order at the counter and about five minutes later was given two paper bags filled with cardboard containers.

I proceeded to walk from the restaurant’s location near the center of Disney Springs to my room in the Congress Park section of the Saratoga Springs resort, a trek of about fifteen minutes. It then took about three minutes to unpack everything. 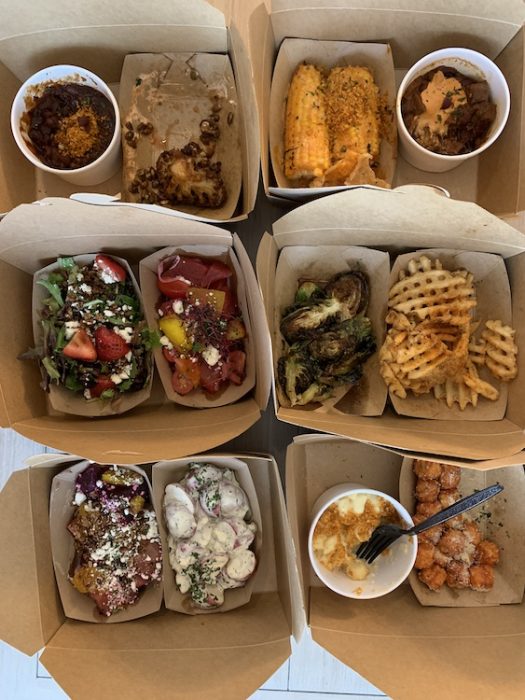 At that point I had a few bites of each dish. At nearly 20 minutes post-packing, all the dishes were still in near perfect shape. Everything was hot that was supposed to be hot and everything was cold that was supposed to be cold. The fries still had a crispy crunch and the mac & cheese was deliciously creamy. Any of the available options would work if you’re able to eat within 20 minutes or so of pickup.

I then waited half an hour and tried each of the sides again — closing in on an hour after packing. Waiting an hour to eat takeout is obviously not ideal, but it is well within the realm of possibility if you’re using Disney transportation to get the food back to a distant hotel.

At this point, nothing was the proper temperature and several items suffered textural issues.

The beans and chili were still fantastic after an hour. I’d eat both of them cold with no hesitation, but they’d also be terrific after a minute in the microwave to bring them back to piping hot.

The waffle fries, which had been delish at the first tasting, were now mealy and nearly inedible. The other fried item, the tots, were cold, but did not have nearly as much structural change as the fries. Neither were improved by reheating.

The mac & cheese was not good cold. The cheesiness that was rich when the dish was warm turned cloying and overly dense when cooled. A zap in the microwave and a few stirs were able to revive this dish back to the original.

The corn felt mushy after an hour. The taste was there, but the kernels were not as firm as they had been and the mouthfeel of the sauce was greasier. I’d probably still continue to eat this, but it would be much less enjoyable than when first presented.

The cauliflower and Brussels sprouts both lost crispiness and crunch when cooled, but none of the flavor dissipated. Heating in the microwave brought back the temperature, but not the crunch. However, because vegetables are often eaten at a variety of textures, and the sweet/spicy flavors are so delightful, that I had no problem eating these both cold and rewarmed.

The potato salad and beets are both sturdy cold dishes that were unaffected by the longer wait to eat. They were the same taste and texture at both sampling sessions.

The watermelon and tomatoes started to soften a bit as their original chill reverted to room temperature. And the lettuce in the strawberry salad began to wilt after an hour. These dishes were still wholly edible, but they were marginally less enjoyable than they had been at first.

Overall, you’re fine to order any of the sides for takeout if you’ll be eating them right away. If you have to wait, avoid the fries, tots, and corn. Your best bets are the potato and beet salads if you want a cold dish, or the beans and chili if you want a warm dish. Only order the mac & cheese if you have the ability to reheat it before eating.

Are you a fan of the sides at Polite Pig? What is your favorite? Let us know in the comments.