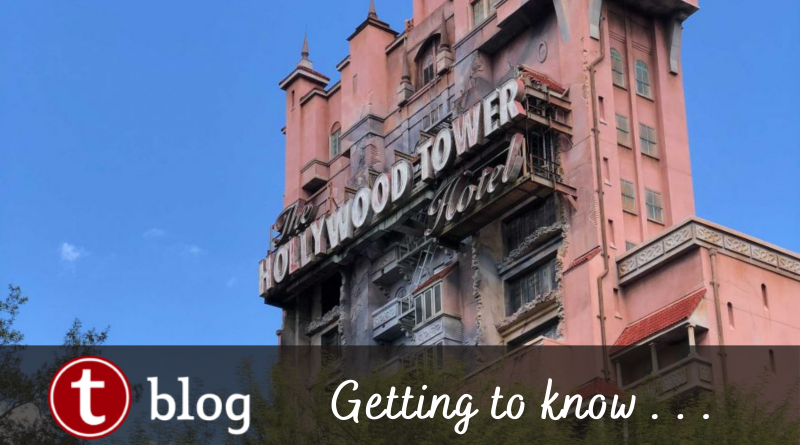 Does that phrase fill you with a delightful combination of terror and anticipation because you know you’re about to plummet to your doom? Me too. When it comes to immersive theming, no one does it better than Disney — and few rides are as immersive as the Twilight Zone Tower of Terror.

May 11th is Twilight Zone Day, and we invite you, if you dare, to step onboard because in today’s blog, you’re the star. And this blog travels directly to…The Twilight Zone Tower of Terror. Here are some fun facts you may have never known about this iconic attraction.

The Lobby is Extra 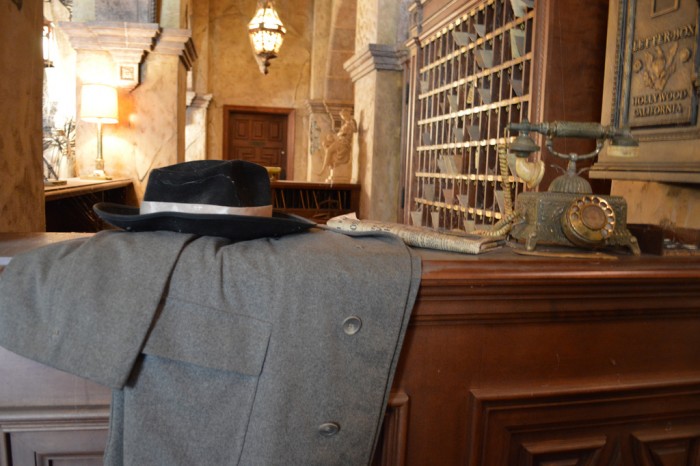 Who doesn’t love a good Disney Easter Egg? Next time you’re traveling through the Hollywood Tower Hotel lobby, be on the lookout for a few of the props scattered around. There are hidden Mickeys, of course, but beyond that is a lot of extra detail Imagineers put a lot of thought into, like the award noting that it’s a 13-Diamond hotel. AAA Diamond Awards for excellence only go to 5. Or a mahjong game that looks as if it was simply abandoned mid-game. It was. The Imagineers hired professional mahjong players to play, then simply walk away before the game ended.

Scattered throughout the lobby and library are a collection of props that pay homage to episodes of The Twilight Zone, too, such as a small metal spaceman, broken glasses, and a fortune-telling machine. Also, the mail slots in the lobby are filled with real letters from previous cast members to new ones!

Part of the thrill of the Tower of Terror is the feeling as if you’re falling uncontrollably to your doom. The thing is, you’re not free-falling. To induce that feeling, you’re being pulled both up and down during the attraction. The top speed you reach? 39 miles per hour!

The Elevators Were Inspected by a Special Someone

There’s so much detail in this attraction, you may never truly get to see it all (though it is fun to try!). The next time you get into the elevator, look at the Inspection Certificate affixed to the wall. It’s signed by a “Mr. Cadwallader,” someone revealed to be the Devil in an original episode of The Twilight Zone. The certificate is also numbered 10259, a reference to October 2, 1959 – the day the very first episode of The Twilight Zone aired. 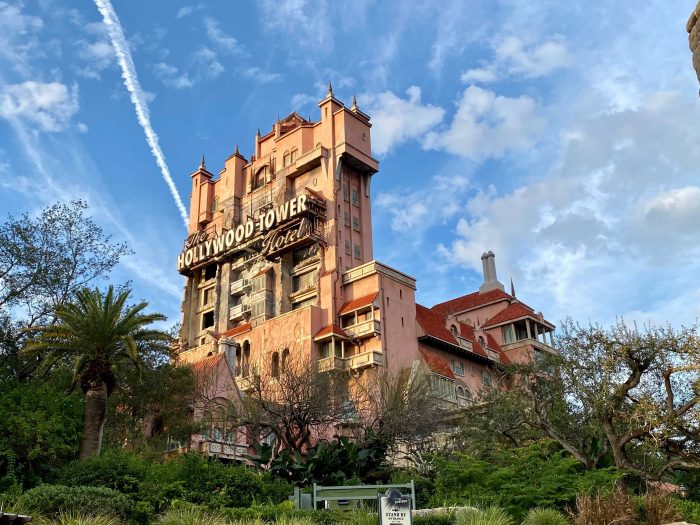 The Twilight Zone Tower of Terror is 199 feet high, but it’s not Disney’s tallest attraction. There was a bit of a competition on behalf of the Imagineers building Expedition Everest at Animal Kingdom, who made sure their attraction was the tallest – by just half a foot.

Does the Hotel Feel a Little…Moroccan? 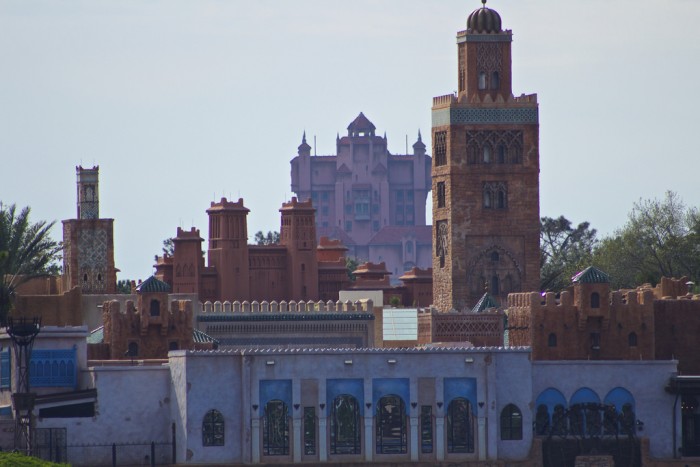 If you’ve ever looked at the Tower of Terror and thought its color scheme and general architecture reminded you a little of the Moroccan Pavilion in EPCOT, then gold star for you because you’re quite observant!

While elements of several Los Angeles hotels were used as inspiration for the Hollywood Tower Hotel, Imagineers also had the challenge of creating a building to blend seamlessly with the Morocco Pavilion since it can be seen from there. The next time you’re in the World Showcase, look from Norway to the Morocco Pavilion and sure enough, the Tower of Terror can be glimpsed in the distance. They take this immersion thing seriously.

The Drops are Random

Many people find old dolls, well, creepy. The Twilight Zone capitalized on this for many of its episodes and so does the Tower of Terror attraction. In the elevator shaft at the end of the ride, you’ll see a ventriloquist dummy named Caesar. This is a reference from an original episode of the show about a man whose dummy had a “mind of its own.” Not creepy at all. And he totally doesn’t look like he’s about to come alive and chase you.

It’s been said that cast members say good morning to Caesar each day so that he won’t wreak havoc.

A Hidden Mickey in the Fifth Dimension

That Mickey, he’s literally everywhere. The next time you ride the Tower of Terror, pay special attention right before the car drives into the elevator shaft. A starfield will appear before you and, at the very end, will turn into three circles that create a familiar shape. Hidden Mickey!

It Was Almost a Real Hotel

It’s been reported that the original idea for this attraction was for it to be both a ride and a hotel. How cool would that have been? I probably would’ve had a tough time convincing my family to stay there, though. The elevators don’t work properly. And in the end, Disney decided the idea was just too expensive.

The Cobwebs in the Lobby Are Part of the Magic 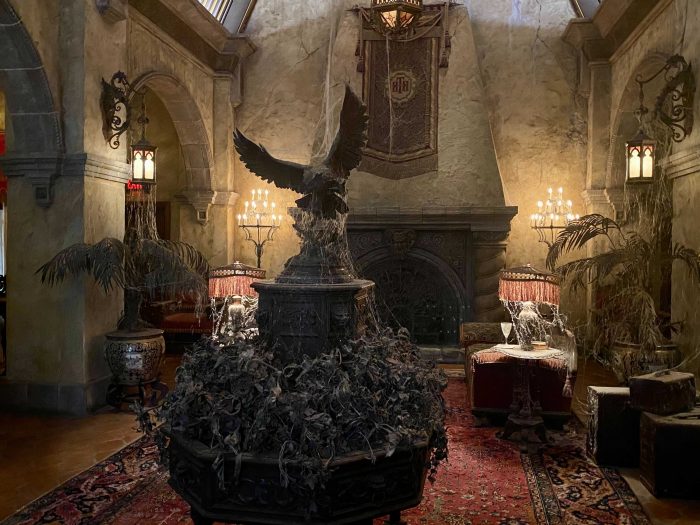 Have you ever noticed that sometimes the cobwebs look a bit fresher than they did during your last visit? That’s because they’re not actual cobwebs, but glue. A special hot glue gun called, appropriately, a “cobweb spinner,” is used to shoot air and hot glue out. Over time, dust and skin cells and other things I don’t want to think about it collect on the webs, giving that truly authentic cobweb feel.

There are 156 episodes of The Twilight Zone and Disney Imagineers watched every single one, multiple times! They wanted to get the ride’s aesthetic just right and I would say they were successful!

Have you ever noticed that some of the bellhop uniforms are different than others? If you ever see a Cast Member with gold epaulets on the shoulders of their costume, that means they’ve worked in the Tower of Terror since its opening in 1994. Oh, the stories they could tell!

If you ever see the ride wait time for the Hollywood Tower of Terror set to 13 minutes, then get your buns over there pronto. A 13-minute wait means the attraction has a minimal wait.

Bonus Tip: This is true for the Haunted Mansion in the Magic Kingdom, too!

This list may stop at 13, but the attraction doesn’t! See what other incredible details you can spot the next time you enter…The Twilight Zone.

Sara Butler lives in Bloomington, Indiana with her husband and two daughters. She is a professional writer and certified Disney fanatic who enjoys sharing her love of Disney with others – so much so that she helps people to plan their own vacations. Contact Sara here for help planning your next trip to Disney or Universal – she has all the insider info!

One thought on “13 Fun Facts about the Tower of Terror”