I had the recent pleasure of enjoying a short ‘racecation’ during the 2013 Wine & Dine Half Marathon Weekend at Port Orleans French Quarter, one of Walt Disney World’s moderate resorts. It was a fantastic stay – I enjoyed everything, from the beignets at the bakery to the easy bus transportation, but what stood out to me as a definite winner were the running paths! I had only stayed at Port Orleans once before – and this was long before my running days, so although I had my handy map (and was given a physical copy at check-in). I was just a little hesitant, as I have a tendency to get lost. My fears were cast aside rather quickly, however, as I set out on a pre-run walk around property to capture images of landmarks and waypoints to guide my run the following morning.

The best part about this run is that you don’t need to find an exact location to begin your run or jog – you can set off from wherever you are. In my case, I was staying in Building 3 of the French Quarter, and so meandered east to the river-side “Carriage Path” to begin.

On the French Quarter side of the resort, the walkways between buildings and attractions (such as the pool and laundry facilities) are clearly marked in gridded corridors, as if you are actually in a small city, making it very easy to navigate. This set-up allows for easy “add-ons” to your mileage in even, small lines and boxes…and another bonus? The area is almost completely shaded by lovely trees and complemented by quiet fountains and sitting areas. I found it to be very peaceful – both in my afternoon walk and my late morning run.

Although I have never personally been to the Big Easy, running Disney’s version of the French Quarter is definitely a transportive experience! The only thing missing was some good Jazz music, as the pool loudspeakers only played recent pop music. Nevertheless, I adventured on down the Carriage Path to see what lay ahead of me.

This path is an unusual yet stable surface – kind of a hard, raised pebble, so despite its appearance of gravel, it’s very nice to travel on by foot.

After traveling the path for just a few minutes, you will come upon a lovely bridge, and a sign marking your journey toward the Riverside area of the resort. Once under the bridge, the gleaming mansion buildings appear, along with trees lining the path – you may also notice guests kayaking the river, or the Water Taxi streaming by.

On the Riverside, you will encounter a large loop, in which you can travel either left, right, or through the ‘Old Man Island’ water area of the resort. I chose to travel around clockwise once, then looped around each smaller side turn.

The waterway is a bit wider here, and there are several bridges to cross; back and forth, if you want to add some excitement and distance to your jaunt! I crossed over a few times on each.

Running toward the main building at Riverside, I coasted around the waterfront area, around the big water wheel, and toward Alligator Bayou. The walkways are wide there, so even if there are guests walking to the pool, or vehicles moving luggage to rooms, there’s plenty of space to share the ‘road.’ I loved waving at people, and, on my morning run, congratulating people with their medals around their necks!

After one thorough run through Riverside, I headed toward the end of Magnolia Bend before crossing the bridge back on the path toward French Quarter. I looked down at my Garmin and saw that I was at just around 4 miles, after meandering and zig-zagging, so after a loop through the streets on my side of the resort, I set out to hit a few more, to even out the run at 10K.

On my second loop back on the Riverside end, I concentrated more on the surroundings, as the first one had been my navigating loop. I checked out the meandering paths that led behind the buildings toward the parking lots (I love how they are set behind, so you don’t see them at all as you wander around).

I noticed the beautiful architectural features too, as well as the way the sun poked through the trees onto the paths. It was very relaxing!

Sure enough, after my second loop out to Riverside and back, I had racked up 6.2 miles – a perfect distance to start out my magical last day on vacation!

As a Floridian, I appreciated the change of atmosphere on this run (plenty to look at) as well as the slight variances in incline/decline (running bridges) that presented themselves along the route. Another bonus? Since both Port Orleans resorts bookmark the run, should you need a restroom or water (ask for a free cup at the food court), those options are readily available and convenient.

I would definitely recommend Port Orleans to those visiting Walt Disney World who are looking for some extra outdoors-y time! In addition to fantastic paths, there are recreational options including fishing, biking, and other water sports.

Where should we run next? 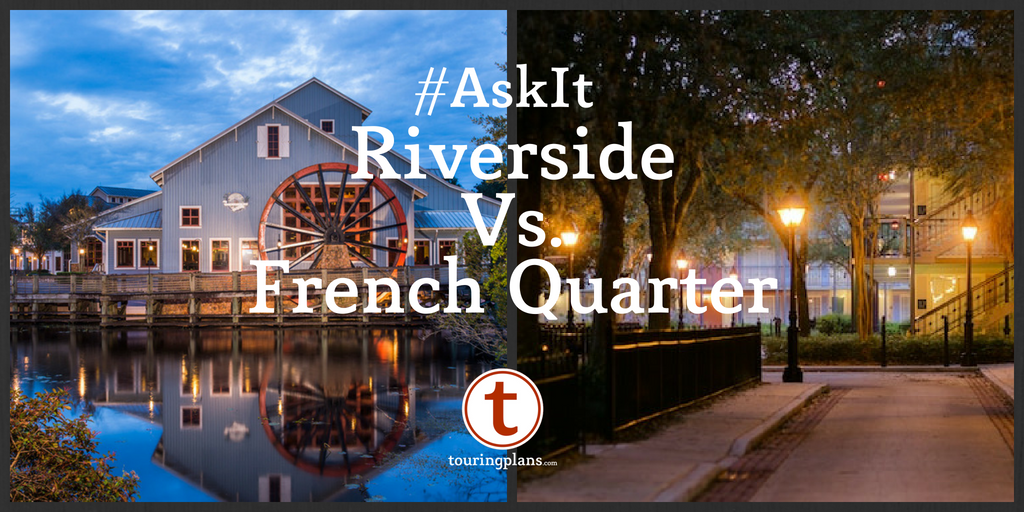