As PotterWatch construction updates wind down, our Kongstruction coverage will begin increasing to keep pace with progress on Project 340, the yet-unannounced King Kong attraction going into the area behind Thunder Falls Terrace in Islands of Adventure‘s Jurassic Park. This week, let’s check out the newly relocated T-Rex photo op, as well as some earth moving on the construction site.

First, here are a few photos of the current state of the Project 340 lands, located between the Thunder Falls Terrace restaurant and Toon Lagoon: 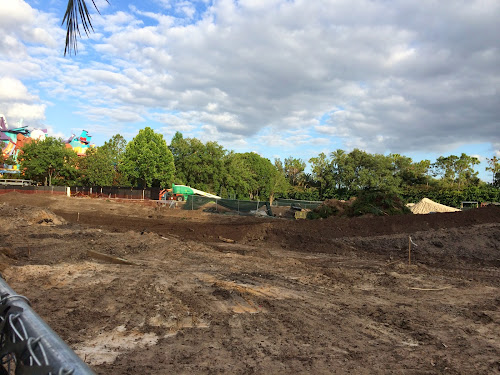 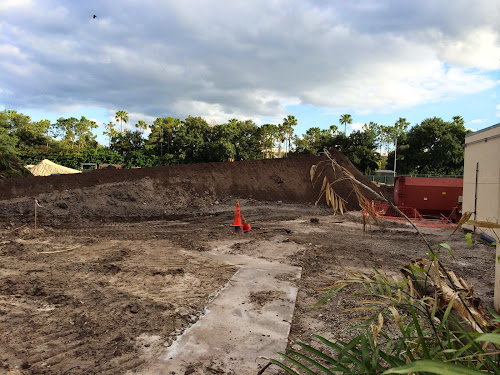 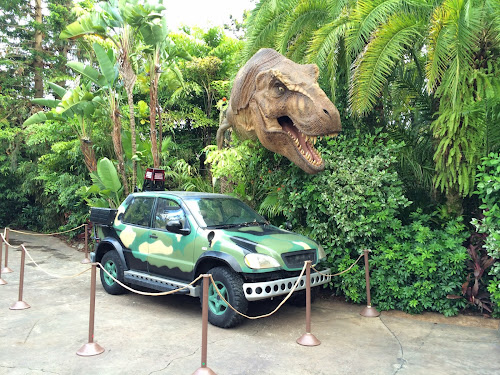 Now, the T-Rex and accompanying vehicle have been relocated to a new spot near the Jurassic Park Discovery Center, outside Burger Digs. 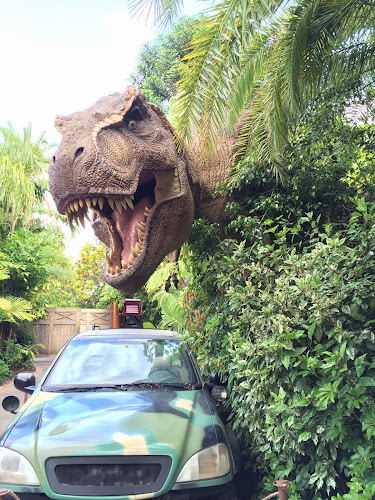 At the time these photos were taken, the automated camera system has not yet been reinstalled. 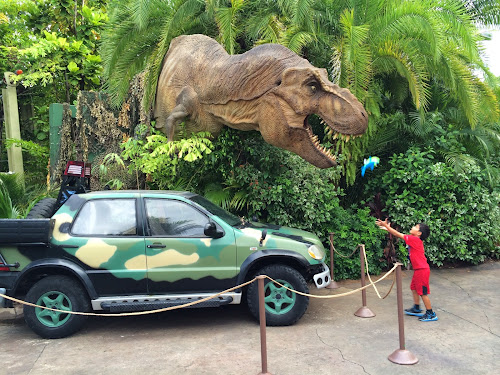 With apologies to Dr. Hammond, it appears they “spared every expense” in relocating the T-Rex, and left the dino’s absent back half badly exposed. Hopefully some additional camouflage will be added to obscure these supports by the time this update is published. 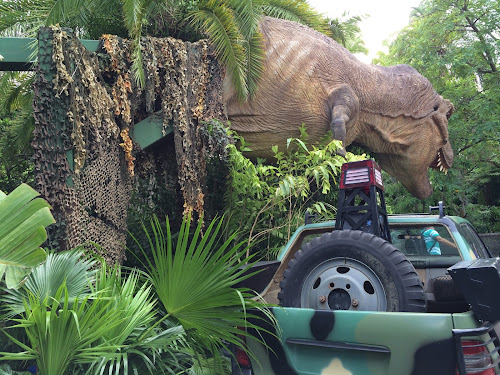 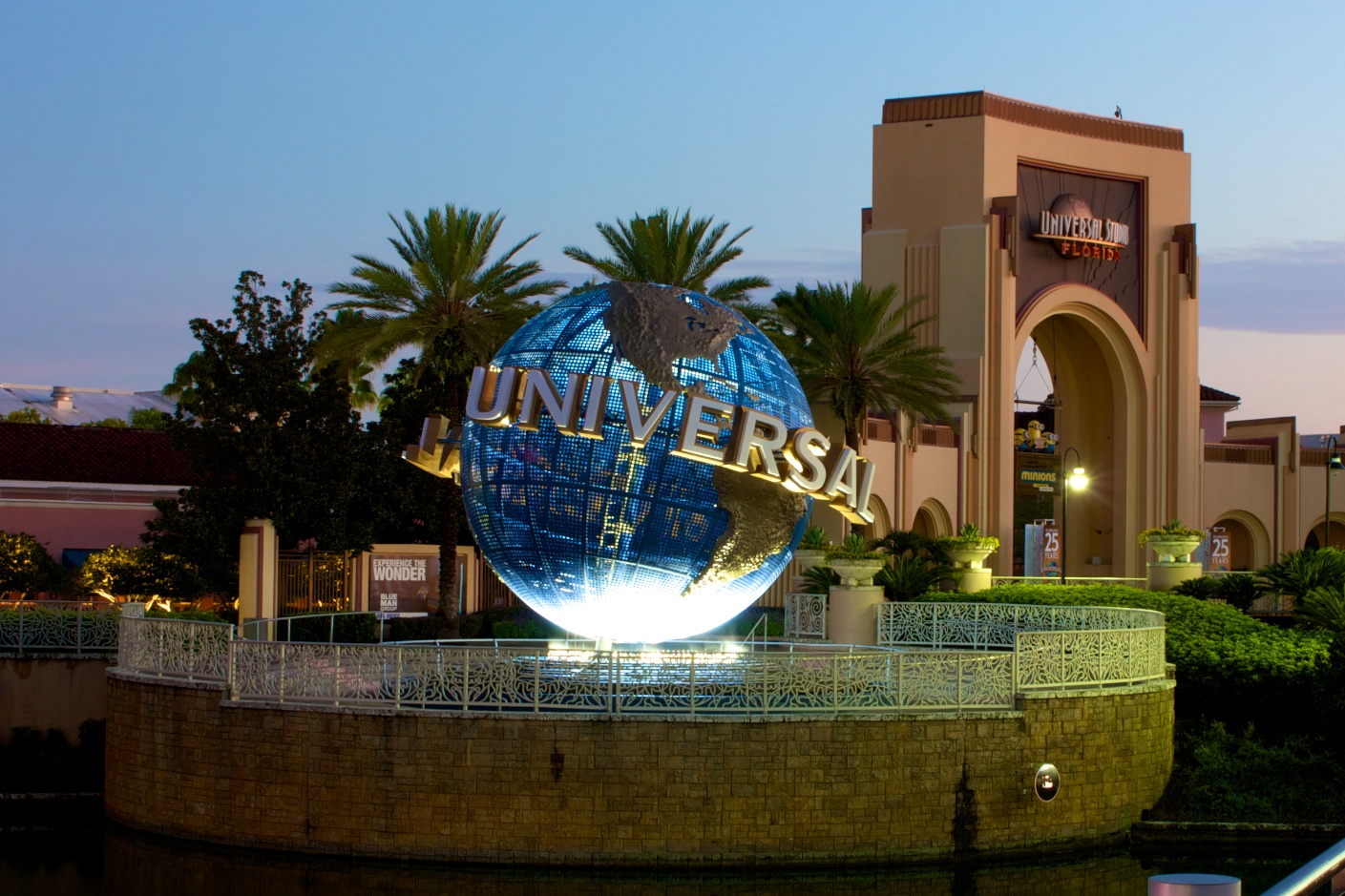