Disney Parks are advertised as the quintessential family vacation, but that doesn’t mean that you can only have fun with your family. Whether you’re in Orlando for a business conference, a local looking for a fun afternoon, or just planning a trip all for your “onesy” (as Jack Sparrow would say), the magic of Walt Disney World is easily captured by any intrepid traveler! If Amy Adams and Miss Piggy can have fun with their own “Me Party”, anyone can! Let’s dive in and find some ideas to help you create your own “Me Party” when you are traveling solo at Disney World.

Believe it or not, there are lots of little perks to being a solo traveler at Walt Disney World. After all, you can create your own agenda. It’s a very liberating feeling walking through the theme parks and only answering to yourself. A quick stop for a Dole Whip at Aloha Isle, a last minute dining reservation (ADR) at your favorite restaurant (if you can get it), or maybe you want to re-ride the tea cups at the Mad Tea Party six times in a row. It’s up to you!

Safety: Before we jump right into the fun, it’s important to consider the safety of being a solo-traveler. I always stay at a Disney owned resort on property when I travel by myself. That’s not to say that other local hotels aren’t safe, but there is a familiarity with the Disney resorts and the caring nature of the cast members that make it extra comforting. When checking in, I usually tell the cast member that I’m by myself and would prefer a room close to the main building for security reasons. Though there is no guarantee that they can accommodate this request, I’ve never had a problem. I also make sure that I’m aware of my surrounding and stay in well-lit areas. Even though it’s Disney, safety is a top priority. This means, putting away your smart phone, especially when waiting for transportation or in transit between your resort and the park. Not that Disney has many “predators” lurking in the parking lots, when you’re on your own you want to make sure that you’re aware of your surroundings.

On the same note, make sure you don’t broadcast to people that you’re alone. I tell the cast member upon check-in, but after that, I try to avoid that topic in conversations.

Making New Friends: Many people avoid solo traveling because they think they’ll be lonely or it won’t be same if you can’t share your experience with someone. But Disney is a great place to meet new people! Everyone’s on vacation and they all have one thing in common – they chose Disney as their destination. Right off the bat, we all have that common thread. It’s easy to strike up conversation with other guests in line. Compliment a little girl on her princess dress and ask her who her favorite princess is. Ask the little boy in front of you what his favorite ride is. Offer to take a family’s picture, so everyone’s in the shot. It’s as simple as that to open up a dialog with people who share the same Disney interests as you do.

It could also be a great time to meet up with bloggers or members of Disney discussion groups. Again, keep safety in mind, but arranging a time to meet some social media friends in a public place to ride a favorite attraction or get a favorite snack can help you make friends that last a lifetime.

Traveling solo is also a great time to chat with the friendly cast members. This is especially beneficial in Epcot and Animal Kingdom. The cast members in World Showcase are from the countries they are working in. Taking a moment to talk to them can help enlighten you to some of their unique culture, favorite snacks, and even learn a few phrases in their native language! In Animal Kingdom, many of cast members are specialists with the animals they oversee. Feel free to pick their brains about animals, the habitats, diet, ask about animal’s names and ages, and see if Disney is the animal’s permanent home or if they are being rehabilitated to be released into the wild.

Single Rider Line: Being a single rider has its advantages! You can decide which attractions you want to focus on and how many times you want to ride them. It’s all up to you. Expedition Everest in Animal Kingdom, Test Track in Epcot, and Rock N Roller Coaster in Hollywood Studios all have single rider lines. This means you can save your FastPass+ options for other attractions, and just jump in the single rider line! This usually involves little to no wait and gives you the same great experience. My last solo trip, I rode Expedition Everest three times in a row within 15 minutes using the single rider line, while other guests were waiting 35 minutes just to ride it once.

Dining: Dining at Walt Disney World can be tricky and usually involves making reservations six months in advance in order to secure a spot at your favorite restaurant. As a solo traveler, this is less important. If you travel in peak times, you’ll still want to make a reservation at those popular dining locations. Counter service options are great for a quick bite on the run, or to find a little table and sit down and people watch for a little break. There are some table service or signature restaurants that have bar-top dining locations available:

These are great locations to enjoy a delicious variety of entrees and offer conversation with cast members and chefs. This can give you the unique opportunity to learn the art behind food preparation and hear techniques or stories from the chef as they prepare meals. I’ve even been lucky enough to get some “free samples” of different items when I ask questions about them. Bonus!

Many of the lounges around the Disney resort also offer abbreviated menus in a small setting. So check out some of these unique dining opportunities, just to name a few:

Special Tours/Events: Maybe a splurge for you is an afternoon at one of Disney deluxe spas getting pampered and massaged, maybe it’s tackling one of Epcot’s eat or drink around the world challenges, maybe it’s actually taking a break from the parks and enjoying your resort. The joy of traveling by yourself is that you get call the shots. So, whatever your splurge is, do it!

Find Your Special Splurge: Special tours don’t have to be expensive. Behind the Seeds is a great tour of The Land Pavilion in Epcot for a very reasonable $20 (discounts available for Annual Passholders or DVC members). It doesn’t even require advance reservations. During my last solo trip, I happened to be just coming off of Soarin’ and got a whim to check it out and was able to sign up for the next tour. To guarantee a space, though, you should call 1.407.939.8687 to reserve a spot. There are different tours and experiences for every interest and every budget. Be sure to add one to your plans!

Have you toured Walt Disney World solo? What’s your favorite part about a solo trip? Considering a trip by yourself – what’s holding you back? Share your ideas and comments below!

My passion for Disney runs deep; I've got pixie dust in my veins. Everyone loves the famous Mickey Mouse, but Disney vacations host a wealth of sophisticated experiences, too. On my bucket list is to seek out and enjoy every last one of them! 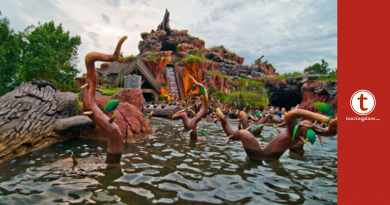 Everything You Need to Know About Splash Mountain 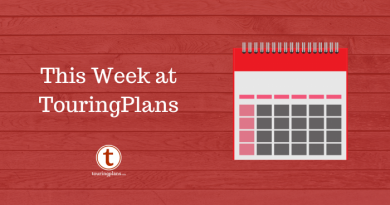 3 thoughts on “Doing Disney World Solo: Having a Me Party”