Have you ever had interaction with one of the blue nametag elite at one of the Disney parks? Do you know that the blue nametag has special meaning? Those who wear it have received the highest honor of being bestowed with the Legacy Award, which is the highest honor cast members, crew members, and Imagineers can achieve at Walt Disney Parks and Resorts. Recipients are nominated and selected by their leaders and peers for consistently inspiring others, going out of their way to create happiness for guests and other team members, and finding new ways to deliver Disney magic.

One of the recipients of the Legacy Award in 2013 was the lively entertainer Yehaa Bob Jackson, who has been with the company for more than 17 years. To be honest, Bob was not even on my Disney radar until rather recently, but has quickly risen to one of my favorite reasons to love Disney. His shows are family friendly, loud, and just a righteous good time.

Flashback: Three years ago during our first stay at Walt Disney World’s Port Orleans Riverside Resort. One evening, on our way back to our room we walked by the bar area and witnessed a raucous crowd who we assumed were just loud inebriated guests.

Fast Forward: One year later a fellow Disney friend was excitedly telling me about an upcoming show he was going to Ohio featuring Yehaa Bob. I concealed my ignorance and rejoiced for him. But immediately took to the internet to see who this Disney personality was. What I found were scenes of our “inebriated guests” from the year before. Only, they weren’t inebriated. And some of them were kids! I knew I had to see him in person.

The day finally arrived that we were going to see Yehaa Bob for ourselves. The show was to begin at 8:30pm, so at about 7:30pm we made our way down to the River Roost Lounge and grabbed a table. To be clear, you do not need to be a guest of Riverside to see Bob’s show. There also is no cover charge. Although the venue is in a Lounge, you are not required to purchase any drinks or food while there. However, if you are hungry you may bring in food from the food court just down the hall, or order from the lounge’s menu. They have some typical bar food such as wings and nachos that looked amazingly good (we went back later during our stay just for the nachos!). We had eaten a large late lunch, and opted just for a few drinks. I got the Coconut Elixir and my husband got the Wild Strawberry Lemonade. Both were rather tasty and deserved a second round.

At about 8:15 PM, Bob came out and began to set up. He then came down and made his way around to all the tables, visiting with each group, asking questions and being very personable. He was excited to learn that we were from his home state of Ohio.

Once he had made it to every table, he then took the stage for what was the fastest, funniest, and most entertaining two hours I had ever spent on Disney property. We were up singing, dancing, and even becoming part of the show along with the rest of the audience of adults and kids. My husband, who is usually very reserved and NEVER sings or dances, joined in the fun too. I got to be a Rockette. We found out that everyone there was from our hometown. We were grass, we were birds, and we were trees. We laughed like everyone should while on vacation. We realized why Yehaa Bob was so well loved.

After the first “set” was over Yehaa Bob took a break to take pictures with the crowd. Guests go up on stage and pose with Bob. They receive an autographed photo, and can also buy his CDs (he is a very accomplished singer/songwriter/piano player that encompasses a wide range of styles beyond the silly Yehaa Bob act). When it was our turn for pictures, I was delighted that Bob remembered our names. We took a couple of pictures and bid him farewell, already planning to visit him on our next trip.

Bob made such an impression on us from just one performance that there was no doubt in our minds why he had been given the Legacy Award the year prior. He made everyone in the audience feel special at some point. He found a way to entertain across the ages. It didn’t matter what country you were from or what your background was; Bob brought Disney magic to us all.

Who: Yehaa Bob; pianist, comedian, and entertainer extraordinaire
What: Family friendly show with live piano, singing, dancing and audience participation
Where: River Roost Lounge at Port Orleans Riverside Resort
How to get there: take a bus from any park or the Ticket and Transportation Center to the Riverside resort or take a boat from Downtown Disney
When: every Wednesday – Saturday, 8:30pm – midnight
***Note: Bob will be taking a short hiatus January 6 – 28, 2015, while he heals from eye surgery. Get well soon, Bob!!!!

If you wish to learn more about Yehaa Bob, buy his CDs or a t-shirt, or book him to play at one of your events, visit his webpage (yehaabob.com) or his Facebook page. 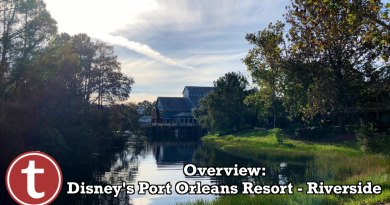