Ever since it originally opened in Disney California Adventure, and then again when it was cloned at Walt Disney World as the first new ride in the Magic Kingdom‘s New Fantasyland, the Little Mermaid dark ride has drawn mixed reviews. Known in Orlando as Under the Sea: Journey of the Little Mermaid, and as The Little Mermaid: Ariel’s Undersea Adventure in Anaheim, this slow-moving Omnimover attraction is a family-friendly people-eater, but has been criticized as lacking in polish and pacing. Now the Florida attraction has been refurbished and upgraded, much as its older sibling had been months earlier, and we have brought you a full POV video of WDW’s Little Mermaid ride with additional figures and enhanced lighting, recorded on March 5, 2015. 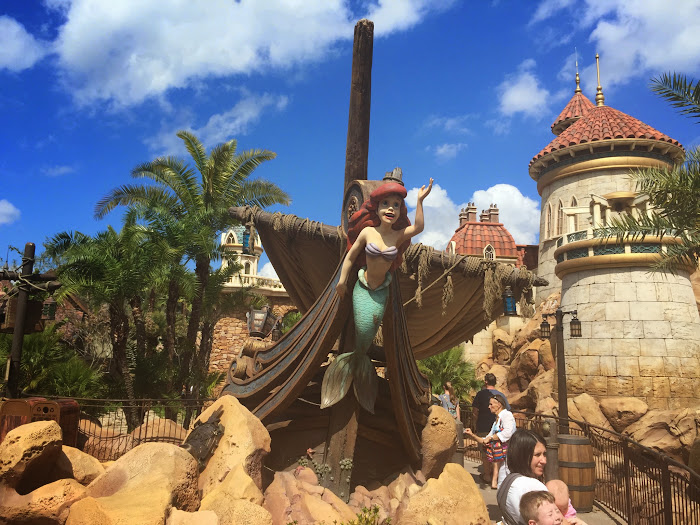 As you’ll notice in the below video, the biggest improvement is in the centerpiece “Under the Sea” scene, whose lighting has been reimagined with blacklight. The results are still eye-popping, while better concealing the exposed ceilings, making for a much more immersive experience. 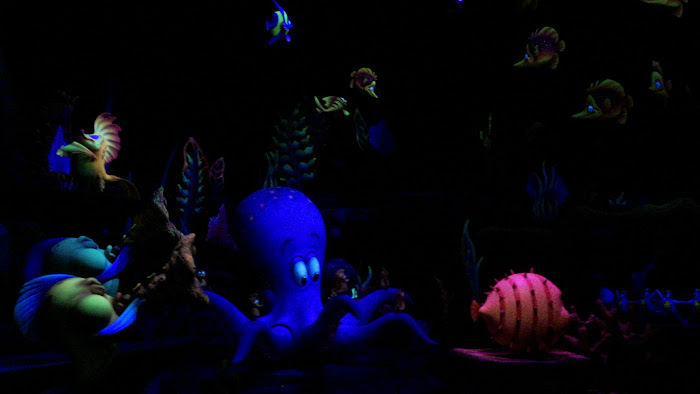 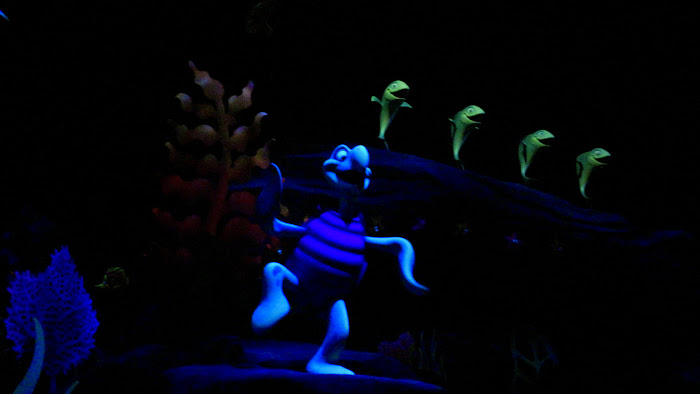 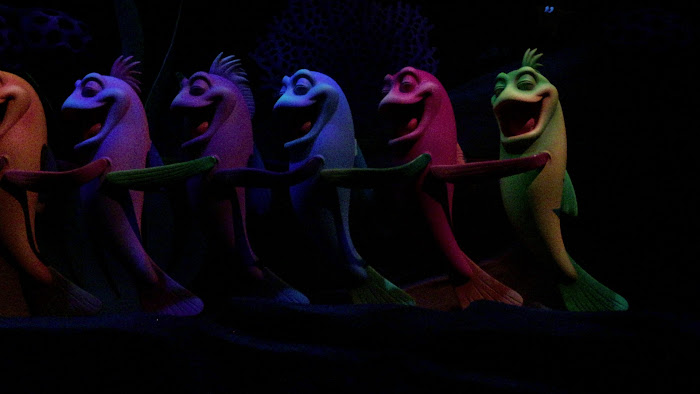 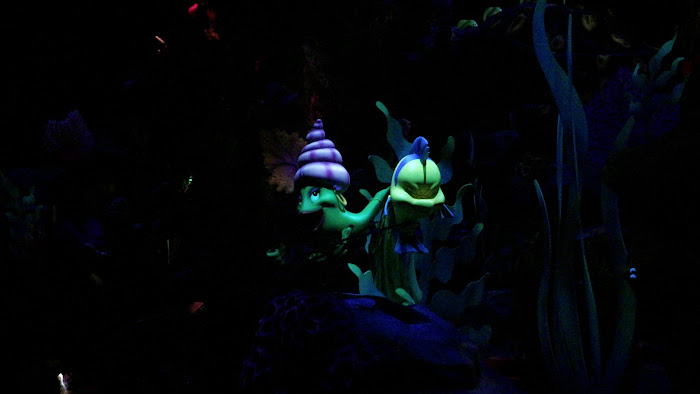 You’ll also spot numerous new static fish figures along the ride track. Though they aren’t animatronic, they do liven up some stretches that were originally rather boring rockwork. 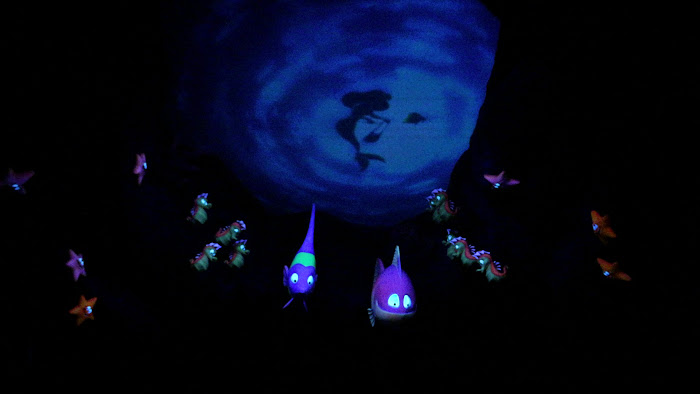 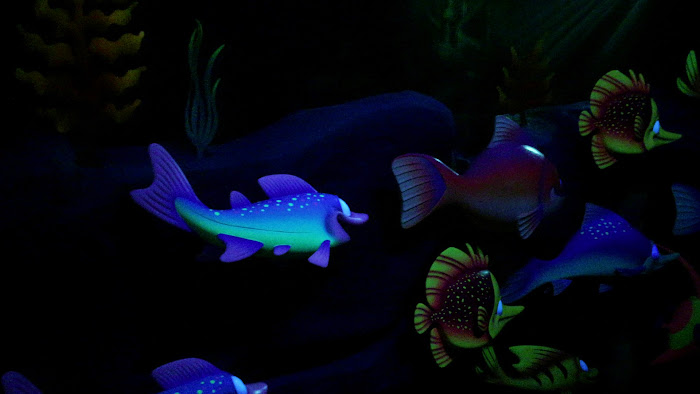 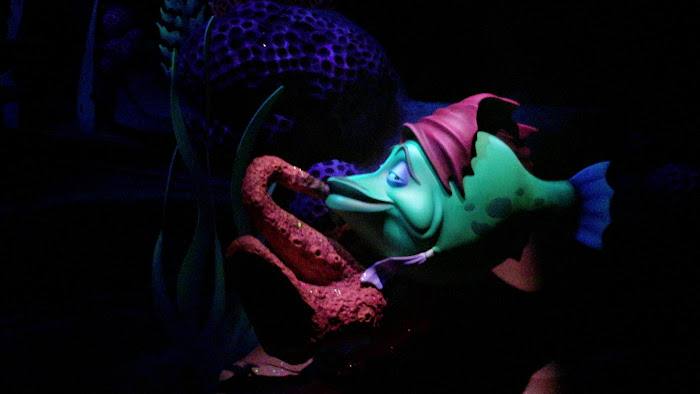 A subtle change is that Ariel’s hair has been remade with a softer, less “wet” looking material, in the scenes that take place on land. 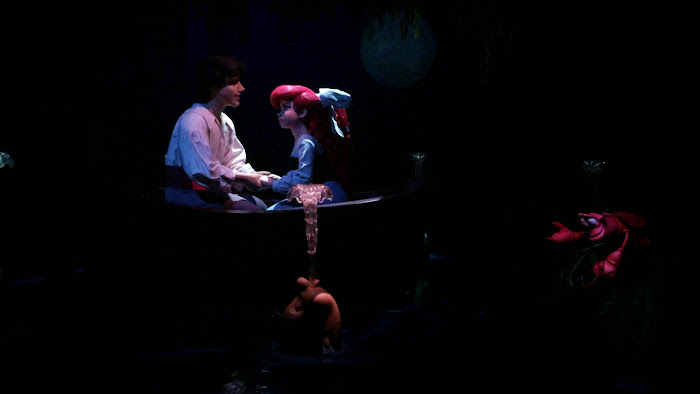 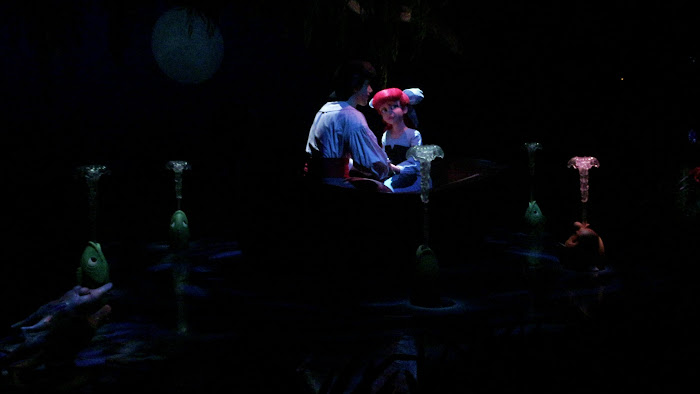 Unfortunately, the ending was not changed to give Ursula a more dramatic finale. 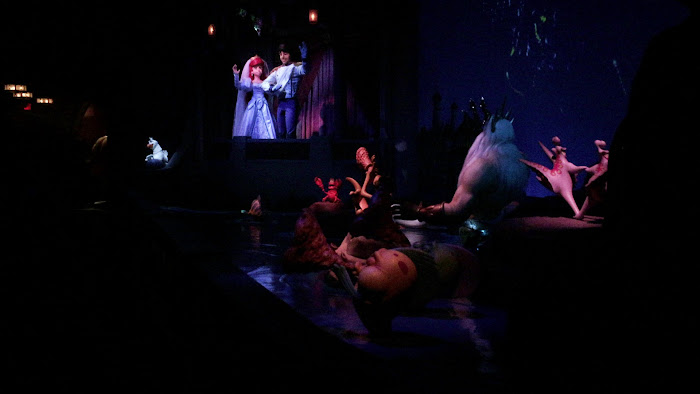 Overall, the changes really do markedly improve the aesthetics of the ride, and bump the “Under the Sea” spectacular up into the pantheon of classic Disney dark ride scenes. There are still structural issues with the storytelling that will keep it from surpassing Peter Pan’s Flight in most riders’ hearts, but now it easily stands with Winnie the Pooh or the still-missed Snow White’s Scary Adventures. 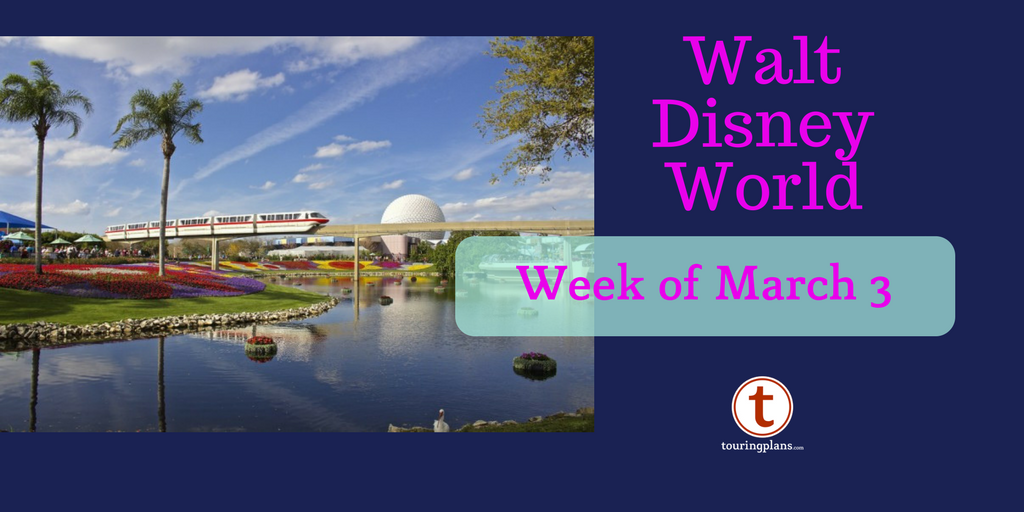 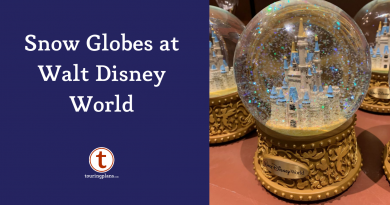 6 thoughts on “Under the Sea: Journey of the Little Mermaid Ride Reopens with Upgrades”