After over a month-long hiatus, the new Eighth Voyage of Sindbad Stunt Show has debuted at Universal Orlando‘s Islands of Adventure, and we have exclusive video of the entire first performance of the refurbished production.

Sindbad fans out there (both of you) may be wondering what’s changed with what can charitably called Universal’s most problematic production. While the show’s spectacular set has received a sparkly paint job and some new props, nothing has been radically changed on the visual side.

Of course, the scenery was never Sindbad’s big problem. It’s the shallow, self-referential script that was always the source of our issues with the stunt show, and (for better or for worse) the dialogue has remained about 90% unchanged.

Before we get to the main event, one element definitely is all-new. Ten minutes before showtime, an “assistant stage manager” selects a few volunteers from the audience to act out the story. Here’s a complete video of the opening day preshow:

As you can see, the new preshow resembles a combination of Magic Kingdom’s Enchanted Tales with Belle attraction and the Indiana Jones Epic Stunt Spectacular preshow from Disney’s Hollywood Studios. What’s confounding is why someone in authority thought Sindbad’s slender plot was so complex that it needed to be spoon-fed to the audience prior to the show; presumably they have guest surveys to support the change, but it seemed insultingly simplistic to me.

Once the stunt show itself gets underway, you’ll notice that the opening has been rearranged for a more dynamic introduction to the main characters. But once the first minutes are over, you’ll notice that little of the dialogue and none of the structure has been altered from the prior incarnation:

The subtle changes made to the script serve mostly to weaken Sindbad’s character, turn him from a lovable lunk to a vain Gaston-alike, and force Princess Amoura into antiquated gender stereotypes — she complains about breaking a nail and pledges to be Sindbad’s “girl.” On the plus side, some of the pop culture jokes have been updated to be slightly more relevant, and pyro effects that were long out of commission are looking great again. Most importantly, the new fight choreography isn’t radically different, but does bring some flashier martial arts styles into play, and is being performed by the new cast with peak energy (something that wasn’t always true in the past). Also note that the post-finale pyro flourish that formerly ended the show – but is not seen in the above video – was reportedly returned to the show after my visit.

Ultimately, the updates to Sindbad make it worthwhile for long-time visitors to give it one more look, but probably only one. Visitors on a tight schedule should be advised that our review of the attraction hasn’t fundamentally changed, and that it remains the weakest live show in Universal’s repertoire. It will take much than a minor script rewrite (like, say, a bulldozer) to alter that reality. 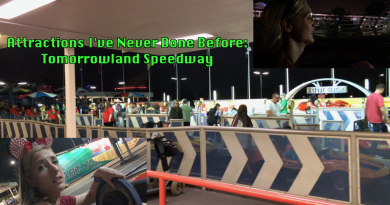