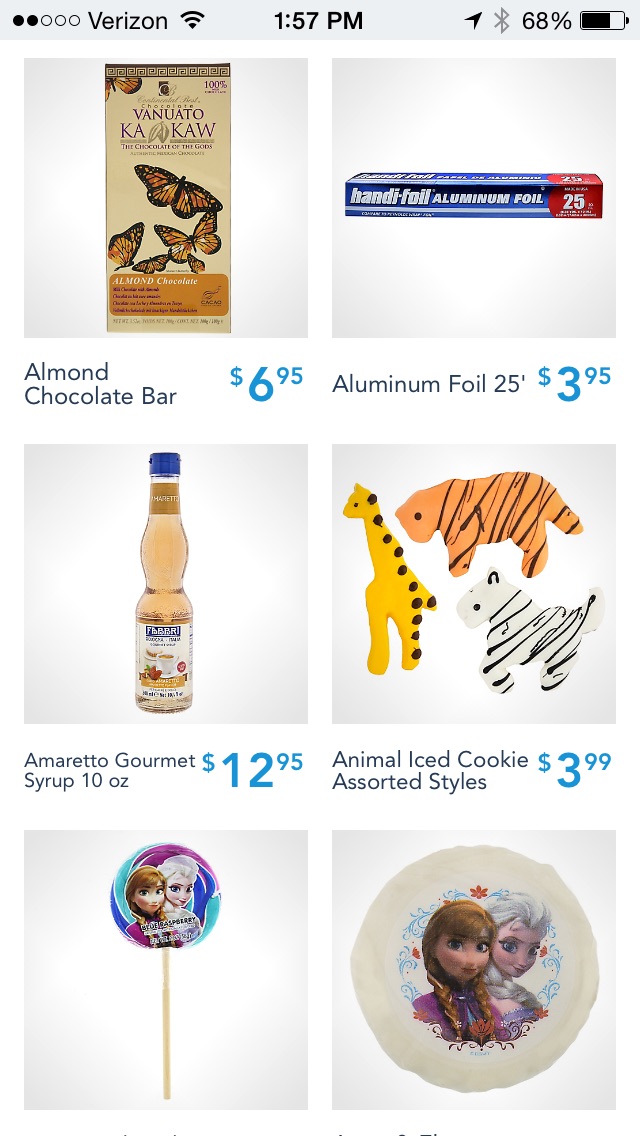 I’m about to let you in on my latest and most favorite Disney secret? Are you ready? Okay, it’s the Shop Disney Parks App, which allows iPhone, iPad, and Android users to search and browse pretty much everything available at the Walt Disney World Resort and to purchase such items through the app in the parks and at home. Yes, you can now buy items from Walt Disney World at home! Seriously, this is revolutionary fellow Disney shopaholics and it has completely changed my Disney shopping experience. I’ve used the app myself multiple times in recent months and I’m here to give you my review of the Shop Disney Parks App.

Now with Disney Store locations and the DisneyStore.com, you may be asking why is the Shop Disney Parks App even necessary? Well, the Disney Store locations and the website only carry certain merchandise and in actuality barely scratch the surface of all that’s available at the parks and resorts. But the Shop Disney Parks App allows users to purchase products from the different Disney World Resorts, Epcot’s World Showcase pavilions, and even select Disneyland 60th Anniversary items. The only catch is that some products, particularly food items and those that are exclusive to special events or labeled as limited editions, can only be purchased in-store.

The app is the perfect shopping tool for when shopping are at the Walt Disney World Parks and Resorts. Users who have found an item they like on the app can simply select the Find on Map icon to see where at Walt Disney World the item is being sold. The app also shows the stock levels of the stores in which it is available too. This is a huge help for those of us who have spent valuable vacation time in the past hopping from store to store to find that one souvenir they just can’t leave without. The app also features a scanner so that when users find an item they like in a store, they can simply scan the item’s barcode to know where else it can be found on Disney World Property. Lastly, for further convenience, app users can send their purchases to their Disney World Resort or to the front of the park to skip the lines at the registers and having to lug shopping bags around for the rest of the day. They can also directly send their purchases to their home address, perfect for users who may not have enough space in their luggage for the flight home.

I first downloaded the Shop Disney Parks app on my iPhone last November for the sake of Christmas shopping, as most of the members of my family love Disney World and park merch just like I do. I ordered through the app several times during the holiday season, and have even made a purchase or two since then. Here’s what I liked, and also what I didn’t… Savings & Discounts – Shopping through the Shop Disney Parks App has been the equivalent in cost of shopping in person at the parks and resorts, and occasionally even cheaper due to several free shipping offers and discounts. Something that really won me over was the number of discounted items offered during the week of Black Friday which I was able to couple with free shipping! Annual Passholders can save even more as their discount can be used on app purchases.

Themed Categories – The Shop Disney Parks app organizes items into categories, just like any shopping app or website would do; but the app also has featured themed categories for users to browse too ranging from holiday merchandise, to new arrivals, to merch from Star Wars: The Force Awakens.

Disney Pins – Like many other Disney World guests, I love Disney Pins! They are some of my favorite souvenirs and I love adding to my collection. The Shop Disney Parks App showcases the Walt Disney World Resort’s pin inventory and allows me to do a little pin collecting from home, or to know what I want to pick up on my next trip.

Store Information – Another thing I liked about the Shop Disney Parks App was the information provided about the different stores around the Walt Disney World Resort. I love being able to see which stores had what items, their locations, stock levels, and even their store hours!

Easy to Use – For having so many functions, I’ve found the app very user-friendly. All of its features were easy to find and understand, and even making a purchase was much simpler than I anticipated. I especially like how the app allows me to sign-in before making a purchase through Touch ID, as I hate typing in my email and password all the time. I also feel that it adds an extra layer of security. Also, as the app is connected to my Disney account, it automatically applies my Annual Pass discount to my purchases for me. It doesn’t get much easier than that!

Hard to Search – As there are so many items to look through on the Shop Disney Parks App, it can be hard to find the one item you’re looking for. The categories are helpful to narrow things down, but there is still so much to scroll through. Now the app does offer a search, but in my experience you have to use just the right keyword to get the right results. Before the holidays, I was using the app to search for merch from Hollywood Studios’ Osborne Family Spectacle of Dancing Lights with little success. It wasn’t until I searched just the word “lights” that I actually found something.

Can’t Order Everything – As I’ve already explained, not everything on the app can be purchased through the app. In some ways, I appreciate this because some Walt Disney World items should be exclusive to those on property; but it’s frustrating for those who forgot to pick-up something in the parks during their stay, or that was sold out, and want to use the app to get it once they get home, only to find that it’s only available in-park.

I used the app to do a little Christmas shopping, but I admit that might have used it for a little personal shopping too. In fact, I recently ordered a Valentine’s Day pin through the app as a personal splurge and took a few photos to show how it arrived. When I opened the box, I found a lovely thank you from Disney Theme Park Merchandise. The pin was wrapped in layers of Disney tissue paper and sealed with the Disney Shop Parks App logo sticker. The box was surprisingly large for a pin, but the large size and layers of thick paper underneath made sure that the pin arrived safely and in perfect condition. The pin was exactly as I would’ve found it at Walt Disney World and I love it! The Valentine’s Day themed card is pretty great too, don’t you think?

So I absolutely love the Shop Disney Parks App. I’ve had nothing but positive experiences so far, and I especially appreciate how it serves multiple uses, some of which are applicable while I’m in the parks and others for when I’m at home. Also, just as an avid Disney Fan, I love getting a little dose of Disney just by scrolling through the app to see what’s new! Be sure to check it out! 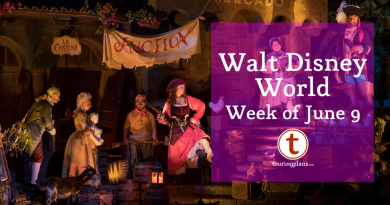 17 thoughts on “My Review of the Shop Disney Parks App”