Who is ready to travel to Pandora? it was announced today that the lush world from the movie Avatar will open at Disney’s Animal Kingdom in the Summer of 2017.

Guests will enter Pandora through a bridge found near the new table service restaurant, Tiffins. According to the backstory of the land, “the bridge was built during a time when a destructive company called the RDA came to Pandora. Now that they’re long gone, nature is breaking down evidence of their presence.”

Pandora will feature two attractions. One is a boat ride that will take Guests into a visually stunning world where they will travel into a bioluminescent rainforest through a sacred river. The journey will end with an encounter with a Na’vi Shaman. The family friendly attraction will be called Na’vi River Journey.

The second attraction, which is known as Flight of Passage, will offer Guests the incredible opportunity to ride on a Banshee over the world of Pandora.

Also announced today was the news that there will be a restaurant called Satu’li Canteen which will feature displays of Na’vi art and cultural items as part of the theme.

Guests will able to pick up their Pandora souvenirs including  Na’vi cultural items, toys, science kits, and more at  Windtraders.

Finally, Pongu Pongu will be a special drink location.

Stay tuned to the blog for more great information about traveling to the World of Pandora soon! 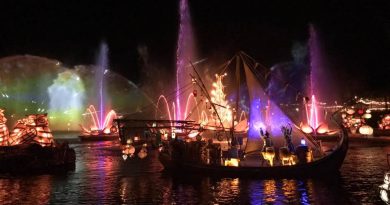 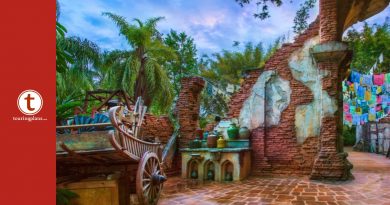 Everything You Need to Know About the Maharajah Jungle Trek