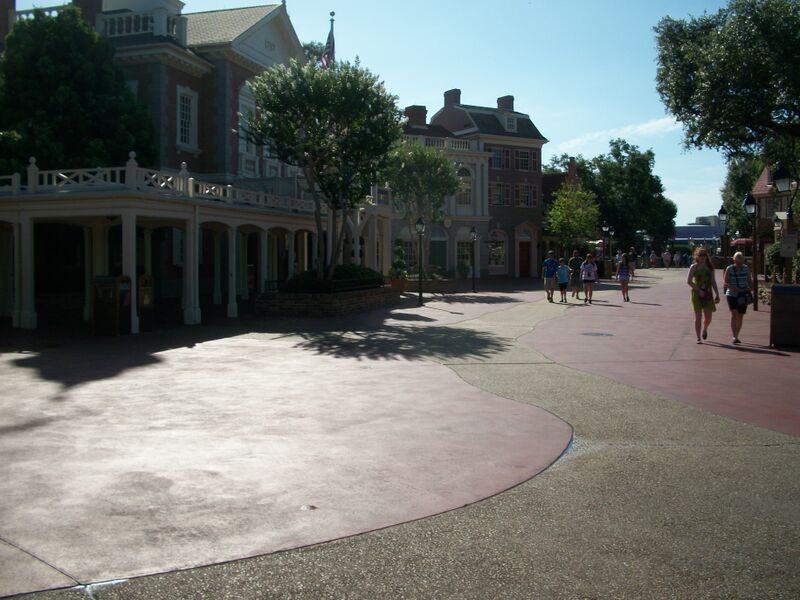 Walt Disney World is known for its magic and entertainment, but did you know that the ultimate vacation destination is also educational? As an educator, and a huge fan of Walt Disney World, I see the Disney Parks as the ultimate classroom and a pixie dusted learning experience. If you’re a homeschool parent or interested in how your kids can learn while on vacation or during the summer months, take a look at this latest installment of Theme Park Classroom: American History Lesson Plan for the Magic Kingdom Part II.

Grade Level: 4th-12th  Note: Children learn in different ways and at different speeds and no lesson or lesson plan is ever one size fits all. Please use this plan as an outline, or a source of inspiration, and tailor it to meet your child’s needs, abilities, and age level.

Lesson #2: What Caused the War?

After Europe sent explorers to the New World, colonization became the new focus. People left Europe for the New World for freedom of religion, economic opportunities, or simply for adventure! There, they lived and created communities, but all under the rule of their home countries. England eventually had thirteen colonies in the New World.

Problems began when England’s King George III began to tax the colonists to pay off debt due to recent wars and conflicts. The colonists who felt they had no say and that their colonial governments were being ignored and were called patriots.

This tension between the Thirteen Colonies and England led to the American Revolutionary War. Over time, many colonists came to believe that they could never submit to England’s rule again and decided to declare their independence and become the United States of America!

“From this Gateway stirs a new nation waiting to be born. Thirteen separate colonies have banded together to declare their independence from the bonds of tyranny. It is a time when silversmiths put away their tools and march to the drums of a revolution, a time for gentlemen planters to leave their farms and become generals, a time when tradesmen leave the safety of home to become heroes. Welcome to Liberty Square!”

Colonists who left for the Thirteen Colonies in the New World had to sail across the Atlantic Ocean and the voyage took a long time! When they arrived, they found the New World to be a very different place than Europe, which was already full of people and had a long, lengthy history and a rich culture. Americans still have ties to European culture. In fact, many of the castles and fairy tales we know and love came from Europe!

Voyage to Liberty Square. Head to Cinderella Castle and pass through the tunnel into Fantasyland. Note: If the castle tunnel is closed, take the path around the castle near the Fairytale Garden, which is where Merida from Brave meets.

Once in Fantasyland, give your student a park map and have them navigate from Fantasyland to Liberty Square, just as the colonists left Europe for the New World or America.

Explore Columbia Harbour House. This quick service restaurant is filled with nautical, New England decor and looks and feels like you’re aboard ship. Have your student study the vintage maps, scrimshaw, ship’s models, and the names of the different ships scattered throughout the restaurant. Tip: If the first floor is busy, head upstairs! Few guests realize they are allowed to eat here and students can freely look around and explore.

When Paul Revere and other patriots saw the two lanterns, they rode throughout the Massachusetts countryside that the British were coming and to protect the stockpile.

The standoff between the British and the Patriots resulted in the Battles of Lexington and Concord, the first battle of the American Revolutionary War.

Hunt for the Lanterns. Have your student hunt for lanterns that signaled Paul Revere in one of the windows in Liberty Square!

Catch The Muppets Present… Great Moments in History. This show has two parts, one is about the Declaration of Independence and the other is about Paul Revere. Be sure to see the version about Paul Revere for a hilarious, yet memorable, telling of this historical event.

The first Liberty Tree was in Boston, Massachusetts and served as a meeting place for patriots unhappy with King George III. Throughout the colonies, other patriots began to meet under their own Liberty Trees and they became a symbol of the patriot cause.

Check out Liberty Square’s Liberty Tree. Have your student count how many lanterns are hanging from the branches. Hint: There are thirteen for the number of the British Colonies!

The colonists lived very differently than we do today. They didn’t have electricity, heating or air conditioning, or even indoor plumbing! If a colonist lived in a city, they would usually dump their waste into the streets. Yuck! Their jobs were different too and everything was made by hand.

Find a Bathroom: Have your student point out the color changes in the Liberty Square pavement. The dirty colored pavement running through the middle represents the waste that was dumped into the streets.

Explore the Ye Olde Christmas Shoppe. Have your student ignore the Christmas merch and notice that the store is actually three colonial homes! Have them look for clues to what the home owners occupation was!

On July 4, 1776, the Declaration of Independence was adopted meaning that the colonies were no longer part of England. On July 8, 1776, the Liberty Bell in Philadelphia was rung when the Declaration was first read aloud. The bell is famous for its signature crack which it gained in later years and took it out of use.

Destination #6: The Hall of Presidents

Study The Hall of Presidents Building. Before entering the attraction, point out the attraction building. It resembles Philadelphia’s Independence Hall, where both the Declaration and Constitution were signed, and displays the year the Constitution was signed. Use your smart phone to show an image of the real Independence Hall in Philadelphia to compare with The Hall of Presidents show building.

Explore The Hall of Presidents Interior. Once inside, show your student the portraits and artifacts on display, and particularly the Presidential Seal in the middle of the floor. An act of Congress was required for permission to display the seal inside the attraction.

Post-Show Talk. After the show, be sure to communicate to your student that the Constitution is the reason why we have presidents and Congress; and unlike a king, they have to listen to each other and follow what the Constitution says. They also are picked by us, so we have say, just like what the colonists wanted from the start.

*The Hall of Presidents is currently closed but is scheduled to reopen Friday, January 30, 2017.

Take your student back through Liberty Square, beginning at Columbia Harbour House and ending at the land’s main entrance. Stop at each landmark visited throughout the lesson and have your student recall what life was like in the colonies, why the war began, the importance of the Liberty Tree and Liberty Bell, and the Declaration of Independence and the Constitution. I prefer my students to record what they learned in a notebook, as well as convey the information verbally. But again, make testing or evaluating your own and the way you deem best for your student. 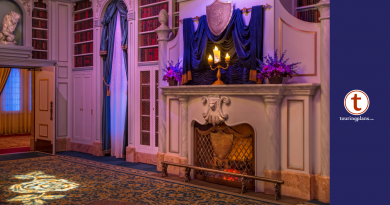 Everything You Need to Know About Enchanted Tales With Belle