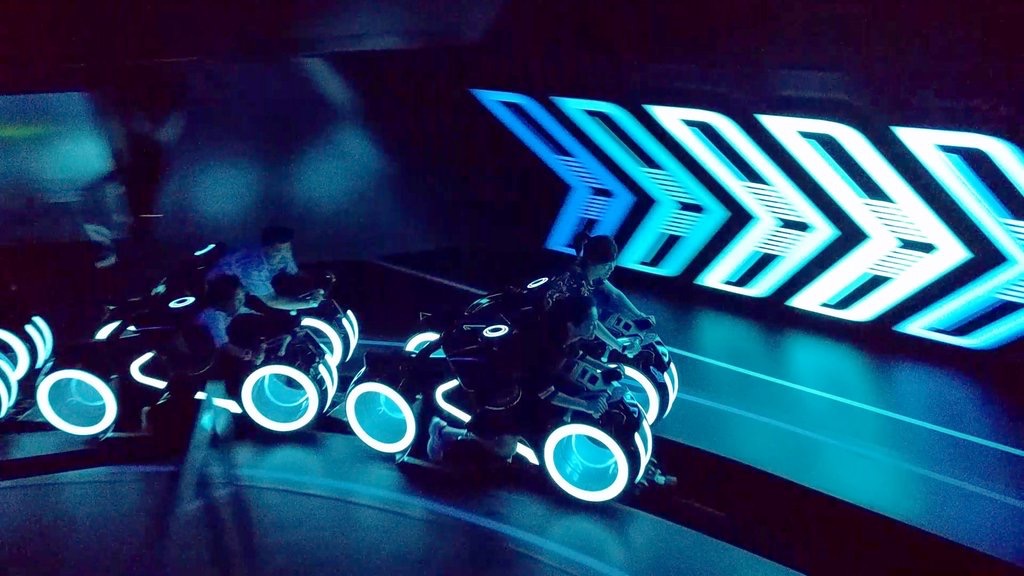 This week’s SATURDAY SIX takes a look at the (possible) future of Walt Disney World!  As part of an annual tradition, TouringPlans’ own Len Testa teamed up with industry icon Jim Hill to record an episode of the Disney Dish podcast discussing the future of Walt Disney World (there is also a Disneyland edition available via Bandcamp.) The two theme park titans discussed many rumored additions and changes to the resort, as well as giving reasons why they may – and may not – actually come to fruition. Today we’re going to take a look at some of the more important items, and let’s kickoff the countdown with…

For a long time Cinderella’s Royal Table (CRT) in the Magic Kingdom was the hardest dining reservation to get in all of Walt Disney World. Guests would need to wake up at the crack of dawn 180 days out from their vacation to call and attempt to get a coveted ADR. In the last couple years, Be Our Guest Restaurant has become the hardest ticket to get in town, but CRT has been a close second. However, Cast Members have reported that usual high demand ADRs for CRT breakfast and dinner have been available…and no one knows why. This could be computer glitch, but it could also be a sign of a very soft summer for Disney. In theory, if CRT was a proverbial “canary in the coal mine,” Disney would be well served to put on a full court press of advertising to get people to the resort this Summer and Fall. Getting near unprecedented coverage on ABC show’s Nightline,  The View, and The Chew would probably be a step in the right direction.

# 5 – Will the Jingle Cruise be getting a new scene?

The World Famous Jungle Cruise is one of the most beloved rides in Walt Disney World. An opening day attraction at the Magic Kingdom in 1971, the attraction was given a seasonal overlay in 2013. While Disneyland guests are used to seasonal overlays such as Haunted Mansion Holiday and its a small world Holiday, we generally aren’t afforded such luxuries in Florida. However, both coasts were given the Jingle Cruise: a holiday overlay to the Jungle Cruise. Each year small additions have been to Jingle Cruise, and while not confirmed, there is a chance we will get a major addition later this year. The scene would take place in the sacred elephant bathing pool, and would have the elephants wearing woolen caps while holding ice skates and hockey sticks. The joke would be that as soon as the temperature drops and the water freezes over, the elephants would be ready for a hockey game. Whether or not it is in the budget for this year is unknown, but this would certainly be a fun moment in the ride.

For your listening pleasure: TouringPlans’ own Brian McNichols and I once recorded our own version of the Jingle Cruise for our Pardon the Pixie Dust podcast. You can listen to that show by CLICKING HERE (Jingle Cruise spiel begins at 22:25)

# 4 –  The next country in World Showcase could be….Spain?

While not on many Disney fan’s radar just yet, one of the company’s big movies for 2018 is Gigantic. Set to open on November 21, 2018, Gigantic is an interesting take on the Jack and the Beanstalk story in which the giant could possibly become the next Disney Princess. Gigantic has the directors of Tangled and Inside Out along with the musical duo behind the songs of Frozen, so you couldn’t ask for a better pedigree behind the film.

What does any of this have to do with World Showcase? Well, Gigantic takes place in Spain. If the movie is a hit as suspected, Disney doesn’t want to be left behind again and have to catch up like they were adding Frozen’s Arendelle into Epcot. Spain also has natural food and drink components that have already been proven to be a hit with the  International Food & Wine Festival crowds over the years. If Spain is added to the lineup, and the rumored Ratatouille attraction is added to the France Pavilion, World Showcase suddenly becomes extremely kid friendly and an even bigger money maker than ever before.

# 3 – Will either Disney or Universal blink in May?

In what Jim Hill jokingly referred to as “mutually assured destruction,” both Disney and Universal scheduled major debuts within days of each other. Pandora: The World of Avatar is scheduled to open May 27th, while Universal’s “water theme park” Volcano Bay is set to open on May 25th. This type of evenT happens often in the world of Hollywood, and usually someone ends up moving away from the date. For instance, back in 2013 Marvel claimed the date of May 6, 2016 for Captain America: Civil War. Then Warner Bros decided to open Batman v Superman: Dawn of Justice for the exact same weekend. Eventually, in this high stakes game of chicken, Warner Bros backed off and moved their movie to March.

Internal sources suggest that both of these projects could use a little bit more baking time in the oven, but it may be the “soft” bookings at the resorts we wrote about earlier that is forcing both these projects to come out sooner rather than later. In fact, yesterday Disney announced special previews of Pandora for Annual Passholders starting on May 13th, and opened up Pandora FastPass+ options for those staying on site (and of course this led to a whole new meaning for opening Pandora’s box and creating more problems.) Universal doesn’t seem to be as “pot committed” on their May opening date for Volcano Bay as Disney is for Pandora, but there also doesn’t seem to be any indication of them moving farther out either. Having the media split between the two properties doesn’t help anyone, and hopefully both are more complete on their opening day than Disney Springs and Sapphire Falls were last year.

For your reading pleasure: Jim Hill recently wrote a fascinating story about how Disney itself played hardball against Fox Animation Studio’s Anastasia back in 1997. To cut the legs out from under a rival studio’s first animated film, Disney brought The Little Mermaid out from the Vault, put Hercules and George of the Jungle into discount theaters, and released the family friendly Flubber: all with the intent in making sure there was no oxygen in the room for Anastasia to breath. To read more about that story: CLICK HERE.

Speaking of something that made its debut before it was probably ready, Rivers of Light is already being discussed as being completely revamped into something different. Now, you can’t blame Disney for rushing the show (weird term to use considering the show was originally set to debut in April of 2016) if they are indeed gong to be opening up Pandora for previews in the near future. It would be disastrous for Park Operations to try figure out guest flow and such for two huge projects at the same time. Having Rivers of Light running now at least allows Animal Kingdom some time to get a handle on that area before we all get our Avatar on.

Believe it or not, Rivers of Light is scoring relatively high in with readers of The Unofficial Guide and TouringPlans. With a rating of 4.0 (out of 5), Rivers of Light is still the lowest rated nighttime spectacular at WDW, but that’s a decent score. However, ratings by preschoolers and young children are alarmingly low. We can assume Disney is getting similar results in their surveys, which is why word is that a more character driven show will replace Rivers of Light in the coming years. One of the foundations of that show is expected to be Jon Favreau’s live action remake of The Lion King.

Cross your fingers. Say some prayers. Do whatever you can do to earn some good karma, because we all need to do whatever it takes to get Walt Disney World to do something – ANYTHING – with the Tomorrowland Speedway. Personally I would be fine with just quickly re-theming the area to Pixar’s Cars universe, but Jim and Len talked about something even better. Recently there has been coverage of Disney courting Academy Award winning actor Jared Leto for the Tron franchise. IF Jared Leto takes this role and IF the film ends up being a hit, there is a chance we here in the states could get the incredible Tron Coaster that is wowing guests over in Shanghai.

That’s just the tip of the iceberg of what Jim and Len discussed in their latest audio. The two talked about the latest word on Wreck-It-Ralph replacing Stitch’s Great Escape, why the Coronado Springs Resort is getting so much attention, and even a great story on how Tinker Bell gets unstuck when flying in the park. Take it from me, subscribe to the Disney Dish on Bandcamp. You won’t regret it!

Special Thanks to crack staff photographer Brandon Glover, the bio-est of all reconstructs @bioreconstruct, and blogger to the stars Megan Stump for their invaluable assistance with this article. Be sure to also check out Brandon on The Park Blogger podcast with goofballs co-hosts Aengus Mackenzie and LitemAndHyde , while fellow Potterheads may enjoy Meg’s work on the Central Florida Slug Club. 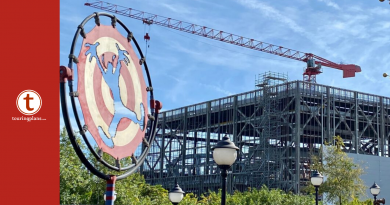